RCMP and probably other Law Enforcement Agencies (Spyware this time)

Maybe the RCMP’s use of spyware to track cellphones, laptops and tablets has been perfectly legitimate. Maybe they’ve only used specially trained investigators who know how to walk the exceptionally tricky line between lawful investigation and invasion of privacy.

Maybe they haven’t snooped on ordinary Canadians emails, photos, videos, recorded conversations, bank records and e-documents. Maybe they haven’t turned on your computer’s or phone’s camera and microphone (as the spyware enables them to do), to watch and listen in to what you’re doing.

In the case of most Canadians, I can’t imagine you’d be doing anything they’d want to surreptitiously surveil, anyway. (Except, maybe, that little roleplaying game you and your spouse play on Saturday nights when the kids are out with friends.)

And maybe the Mounties truly have used the anti-encryption software in just 10 cases. And all of those cases were, as they claim, very sophisticated criminal or terrorist suspects, and in every case they sought a warrant from a judge before starting their snooping.

There will still be lots of Canadians how don’t believe the RCMP’s reassurances. 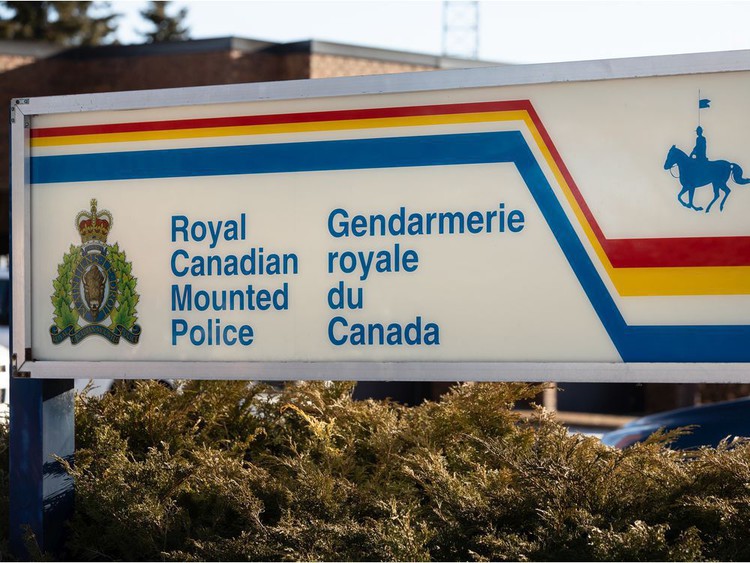 Maybe the RCMP’s use of spyware to track cellphones, laptops and tablets has been perfectly legitimate. Maybe they’ve only used specially trained investigators who know how to walk the exceptionally tricky line between lawful investigation and invasion of privacy. Maybe they haven’t snooped on...

This case is precisely why objectivity, honesty and straightforwardness are essential from our national police force. Unimpeachability from the Mounties is not just some quaint, Dudley Do-Right holdover from a bygone era.

If we can’t trust the Mounties to be above corruptions and political interference, then it becomes very much harder to go along when they say “Trust us. We were only spying on really, really bad guys.”

For instance, if the Mounties show themselves to be so willing to help the Liberal government promote an assault-weapons ban that they jeopardize the investigation into Gabriel Wortman’s 2020 Nova Scotia mass shooting, then they blow a lot of credibility. Enough credibility that many Canadians won’t believe them now when they claim they are acting responsibly on spyware.

Useless, burdensome, rights-bashing Liberal gun laws of the past 30 years have done tremendous damage to the image of police – especially the RCMP.

Most Liberal gun controls – the long-gun registry, the High River Gun Grab, the so-called assault-weapons ban and the recent handgun ban – have been completely pointless. To the extent Canada has a gun problem, the problem is almost entirely among drug dealers using guns smuggled in from the U.S.

But in their rush to virtue signal a stance against violent crime, successive Liberal governments have gone after legit gunowners, rather then criminals, confident the Lib voting base is ignorant of and indifferent to where the real gun problem lies.

Time and again, the Liberals have proven that an attack on the rights of law-abiding gunowners is as effective at securing their base as any campaign to root out real gun criminals. Indeed, in the twisted world of “progressive” logic, it might be even more popular, because real crime control might be seen as racist or politically incorrect.

Liberal gun controls of the past three decades were government initiatives, not RCMP. But the goodwill between gunowners and Mounties was shredded because the Mounties were left to enforce these unjust, unwanted, unpopular laws.

Now the RCMP needs ordinary citizens to believe that the force is not using spyware to keep tabs on who is adhering to the Trudeau line, but the force has already chewed through so much credibility enforcing gun laws, or rounding up lawful protestors at international summits, etc., that many, many Canadians don’t have it left in them to give the RCMP the benefit of the doubt.

It also doesn’t help that Marco Mendicino is the cabinet shill for the Mounties’ actions. His recent statements on the justifications for evoking the Emergencies Act were shown to be utter fabrications, so he has no personal credibility to lend to the Mounties, either. 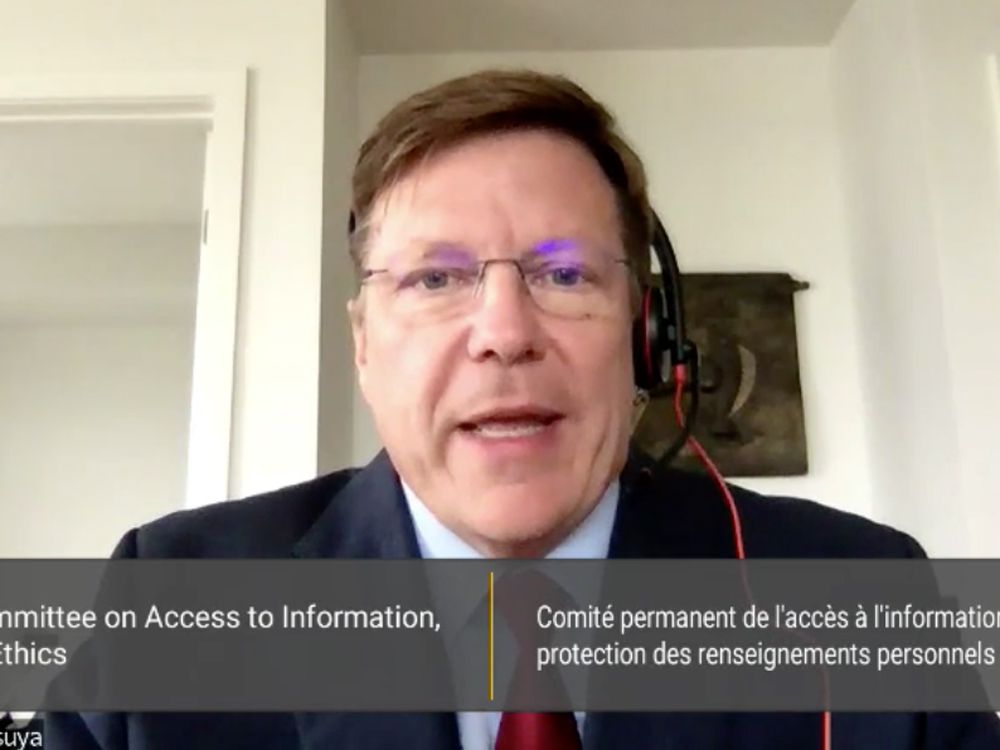 One witness told the privacy committee that spyware is 'like a wiretap on steroids,' and requires more oversight and a much higher threshold for use

OTTAWA — A former senior intelligence officer with the Canadian Security Intelligence Service says it has surveilled politicians at the federal, provincial and municipal levels because of concerns they’re being paid by foreign governments.

Michel Juneau-Katsuya told a House of Commons committee in French that foreign agencies try to recruit elected officials, who may not even be aware they’re being targeted.

That revelation raised eyebrows among committee members, who are studying the RCMP’s use of spyware after the force disclosed in June that it has been using the technology in some investigations for years.

Conservative MP Ryan Williams asked if he knows of groups such as CSIS, the Canada Border Services Agency and the Communications Security Establishment using spyware.

“Other agencies are using it, probably, yes,” Juneau-Katsuya said. 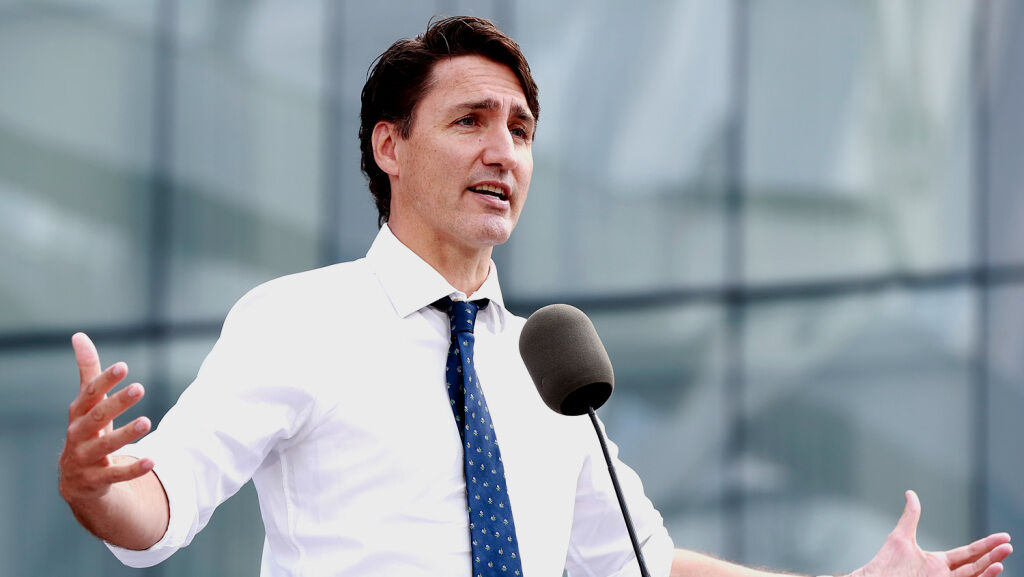 The radical left controls the nation’s intelligence apparatus.
www.thetrumpet.com
Prime Minister Justin Trudeau has been caught in another scandal? Say it isn’t so!

This centralization of authority in the prime minister’s office has allowed Trudeau to gain more control over the various executive agencies, including the Public Safety Ministry. This ministry has authority over the rcmpand csis, the two main branches of the intelligence apparatus. csis also reports to the National Security and Intelligence Review Agency, whose board members are appointed on recommendation by the prime minister. 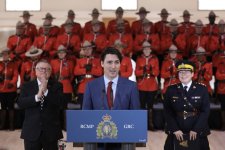 Another example of the rcmp’s questionable relationship with Trudeau was revealed on April 25 by the Globe and Mail. In 2016, Trudeau accepted the aga khan’s invitation to keep Christmas at his private island in the Bahamas. The Aga Khan Foundation has received over $330 million in humanitarian grants from the Canadian government, and the ethics commissioner deemed Trudeau broke the Conflict of Interest Act by accepting the trip worth $215,000.

The rcmp conducted an investigation and found Trudeau broke four of the Conflict of Interest laws, but decided not to charge him.

Part of the reasoning was confusion over the Conflict of Interest Act. Also, as the Globe reports, “the rcmp concluded that, aside from the low prospect of conviction, charging a sitting prime minister would cause damage that would ‘vastly outweigh’ the negative effects of charging an ordinary member of the public.” Trudeau has had multiple scandals while in power. How many times has the rcmp given him a “get out of jail free” card?

The tipping point of control was the Freedom Convoy protests in February. The grassroots protest was immediately labeled as domestic extremism by the mainstream media and Trudeau government.

Evidence and testimony since that time have revealed no terrorism, extremism or violence from the protests. However, the rcmp and csis continue supporting this false narrative while providing no proof.

One of the key testimonies used to justify invoking the Emergencies Act revolved around the intelligence community, rcmp and csis, stating the Freedom Convoy wanted to violently overthrow the government. 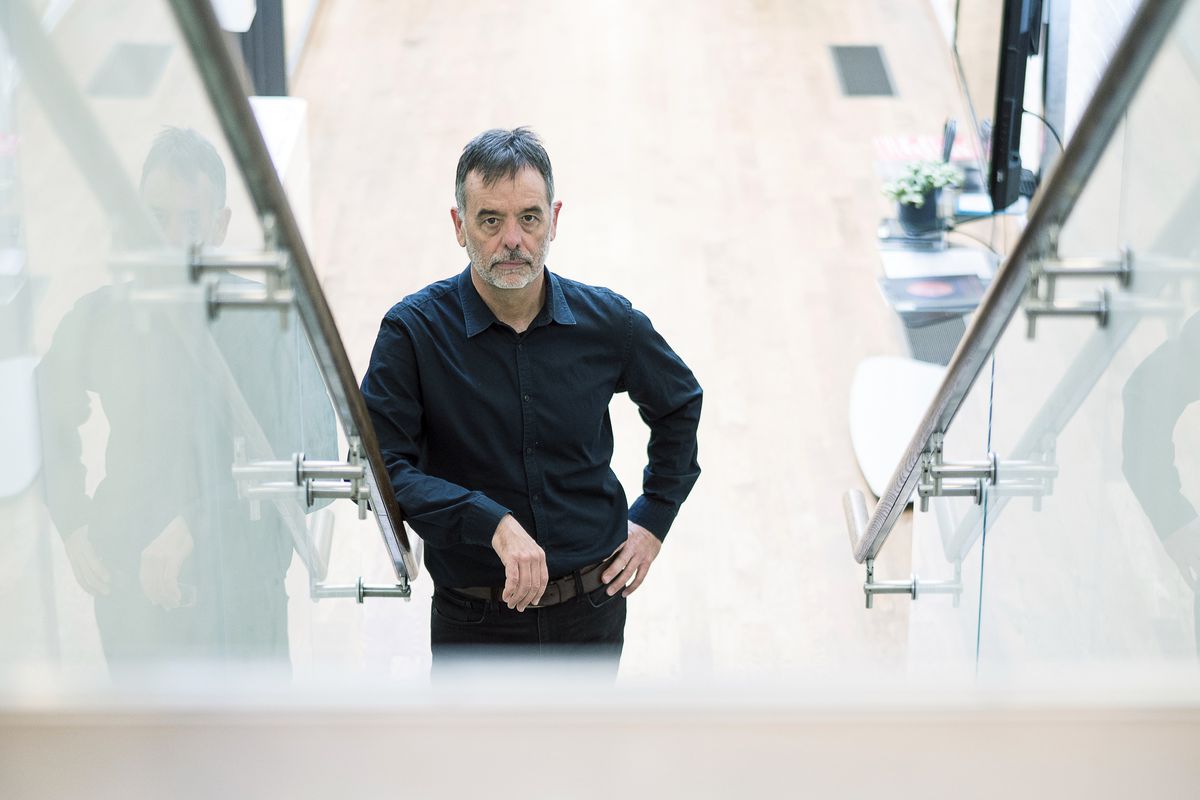 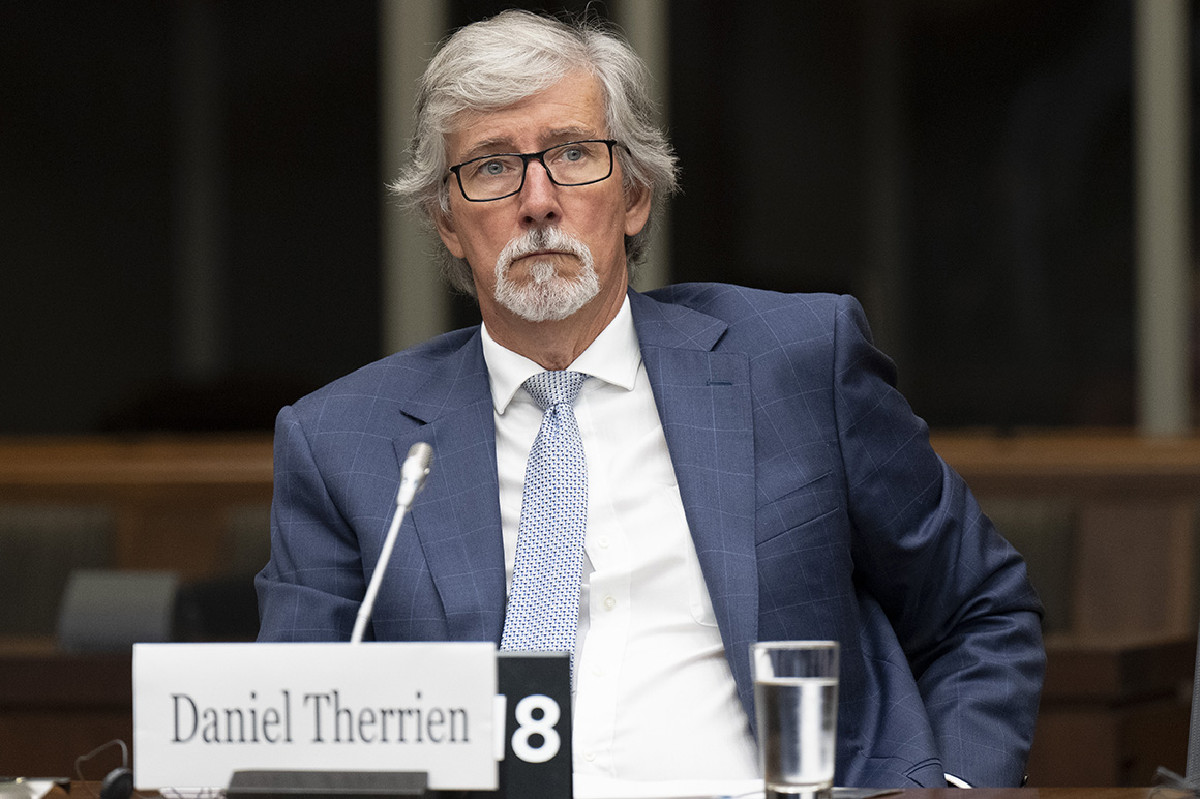 Longtime watchdog says RCMP's use of spyware came as a surprise

"When I was privacy commissioner, I was not told that a tool was used to overcome encryption," Daniel Therrien said.

www.politico.com
Daniel Therrien said he was never informed about the RCMP’s use of spyware, despite spending eight years as the federal privacy commissioner, from 2014 until earlier this year. 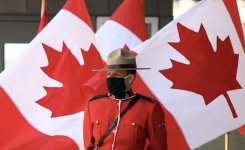 The RCMP has a “pattern” of adopting new technologies and disclosing them after the fact, Deibert said. “That’s not how you build trust in law enforcement in a country. And we are better than that.
Reactions: Twin_Moose

Gee, maybe y'all should defund the police. . .

Tecumsehsbones said:
Gee, maybe y'all should defund the police. . .
Click to expand...

Maybe the police should have some legal & ethical boundaries that they should follow to distinguish them from the criminals….
Reactions: Twin_Moose

Ron in Regina said:
Maybe the police should have some legal & ethical boundaries that they should follow to distinguish them from the criminals….
Click to expand...

Criminals can be pretty scummy, but at least they don't extort money from the public treasury and demand your thanks for doing it.
Reactions: Ron in Regina

It's time to regulate the police collection of data including emails, text messages and image from cellphones and other devices.

The House of Commons privacy and ethics committee heard this week testimony regarding the RCMP’s little known Covert Access and Intercept Team which, since 2017, used sophisticated technology to hack 49 electronic devices in 32 separate investigations.

The Mounties contend that the technology is necessary given their inability to decode most forms of encrypted messages. In a statement, they stressed that they only used ODITS under judicial authorization, and only when other techniques had failed to access the information.

That might be true, but the statement still provides cold comfort given the culture of secrecy that seems to surround the RCMP.

Indeed, the Mounties only revealed the use of the technology in June — and only in response to a request for info from a Member of Parliament — some five years after it was first used. And federal Privacy Commissioner Philippe Dufresne said he learned of the program through a media report rather than from the RCMP.

If they used any info in an investigation that lead to an arrest, it is fruit of the poisonous tree.
You must log in or register to reply here.
Top Bottom