NEW YORK — Disgraced R&B superstar R. Kelly was sentenced Wednesday to 30 years in prison for using his fame to sexually abuse young fans, including some who were just children, in a systematic scheme that went on for decades.


Through tears and anger, several of Kelly’s accusers told a court, and the singer himself, that he had preyed on them and misled his fans.

“You made me do things that broke my spirit. I literally wished I would die because of how low you made me feel,” said one unnamed survivor, directly addressing a Kelly who kept his hands folded and his eyes downcast.

“Do you remember that?” she asked.


Kelly, 55, didn’t speak at his sentencing and showed no visible reaction on hearing his penalty, which also includes a $100,000 fine. The Grammy-winning, multi-platinum-selling songwriter was convicted last year of racketeering and sex trafficking at a trial that gave voice to accusers who had previously wondered if their stories were being ignored because they were Black women.


Victims “have sought to be heard and acknowledged,” another one of his accusers said at his sentencing. “We are no longer the preyed-on individuals we once were.”


A third woman, sobbing and sniffling as she spoke, said Kelly’s conviction renewed her confidence in the legal system.

“I once lost hope,” she said, addressing the court and prosecutors, “but you restored my faith.”

The woman said Kelly victimized her after she went to a concert when she was 17.

“I was afraid, naive and didn’t know to handle the situation,” she said, so she didn’t speak up at the time.

The sentence caps a slow-motion fall for Kelly, who was adored by legions of fans and sold millions of albums even after allegations about his abuse of young girls began circulating publicly in the 1990s. He beat child pornography charges in Chicago in 2008, when a jury acquitted him.


Widespread outrage over Kelly’s sexual misconduct didn’t emerge until the #MeToo reckoning, reaching a crescendo after the release of the documentary “Surviving R. Kelly.”

“Although sex was certainly a weapon that you used, this is not a case about sex. It’s a case about violence, cruelty and control,” U.S. District Judge Ann Donnelly told Kelly on Wednesday.

Kelly’s lawyers had argued he should get no more than 10 years in prison because he had a traumatic childhood “involving severe, prolonged childhood sexual abuse, poverty, and violence.”

As an adult with “literacy deficiencies,” the star was “repeatedly defrauded and financially abused, often by the people he paid to protect him,” his lawyers said.


“Mr. Kelly has had horrific labels slapped on him. But he’s not obligated to own them,” defense lawyer Jennifer Bonjean told the judge before the sentence was announced.

Kelly is known for work including the 1996 hit “I Believe I Can Fly” and the cult classic “Trapped in the Closet,” a multi-part tale of sexual betrayal and intrigue.

The Brooklyn federal court jury convicted him after hearing that he used his entourage of managers and aides to meet girls and keep them obedient, an operation that prosecutors said amounted to a criminal enterprise.

Kelly, born Robert Sylvester Kelly, used his “fame, money and popularity” to systematically “prey upon children and young women for his own sexual gratification,” prosecutors wrote in a court filing earlier this month.


Several accusers testified that Kelly subjected them to perverse and sadistic whims when they were underage.

The accusers alleged they were ordered to sign nondisclosure forms and were subjected to threats and punishments such as violent spankings if they broke what one referred to as “Rob’s rules.”

Some said they believed the videotapes he shot of them having sex would be used against them if they exposed what was happening.

According to testimony, Kelly gave several accusers herpes without disclosing he had an STD, coerced a teenage boy to join him for sex with a naked girl who emerged from underneath a boxing ring in his garage, and shot a shaming video that showed one victim smearing feces on her face as punishment for breaking his rules.


Kelly denied any wrongdoing. He didn’t testify at his trial, but his then-lawyers portrayed his accusers as girlfriends and groupies who weren’t forced to do anything against their will and stayed with him because they enjoyed the perks of his lifestyle.

Evidence also was presented about a fraudulent marriage scheme hatched to protect Kelly after he feared he had impregnated R&B phenom Aaliyah in 1994 when she was just 15. Witnesses said they were married in matching jogging suits using a license falsely listing her age as 18; he was 27 at the time.

Aaliyah worked with Kelly, who wrote and produced her 1994 debut album, “Age Ain’t Nothing But A Number.” She died in a plane crash in 2001 at age 22.

An earlier defense memo suggested prosecutors’ arguments for a higher sentence overreached by falsely claiming Kelly participated in the paying of a bribe to a government official in order to facilitate the illegal marriage.

The Associated Press does not name people who say they have been sexually assaulted or abused, unless they come forward publicly. The women who spoke at Kelly’s sentencing were identified only by first names or pseudonyms.

Kelly has been jailed without bail since in 2019. He still faces child pornography and obstruction-of-justice charges in Chicago, where a trial is scheduled to begin Aug. 15. 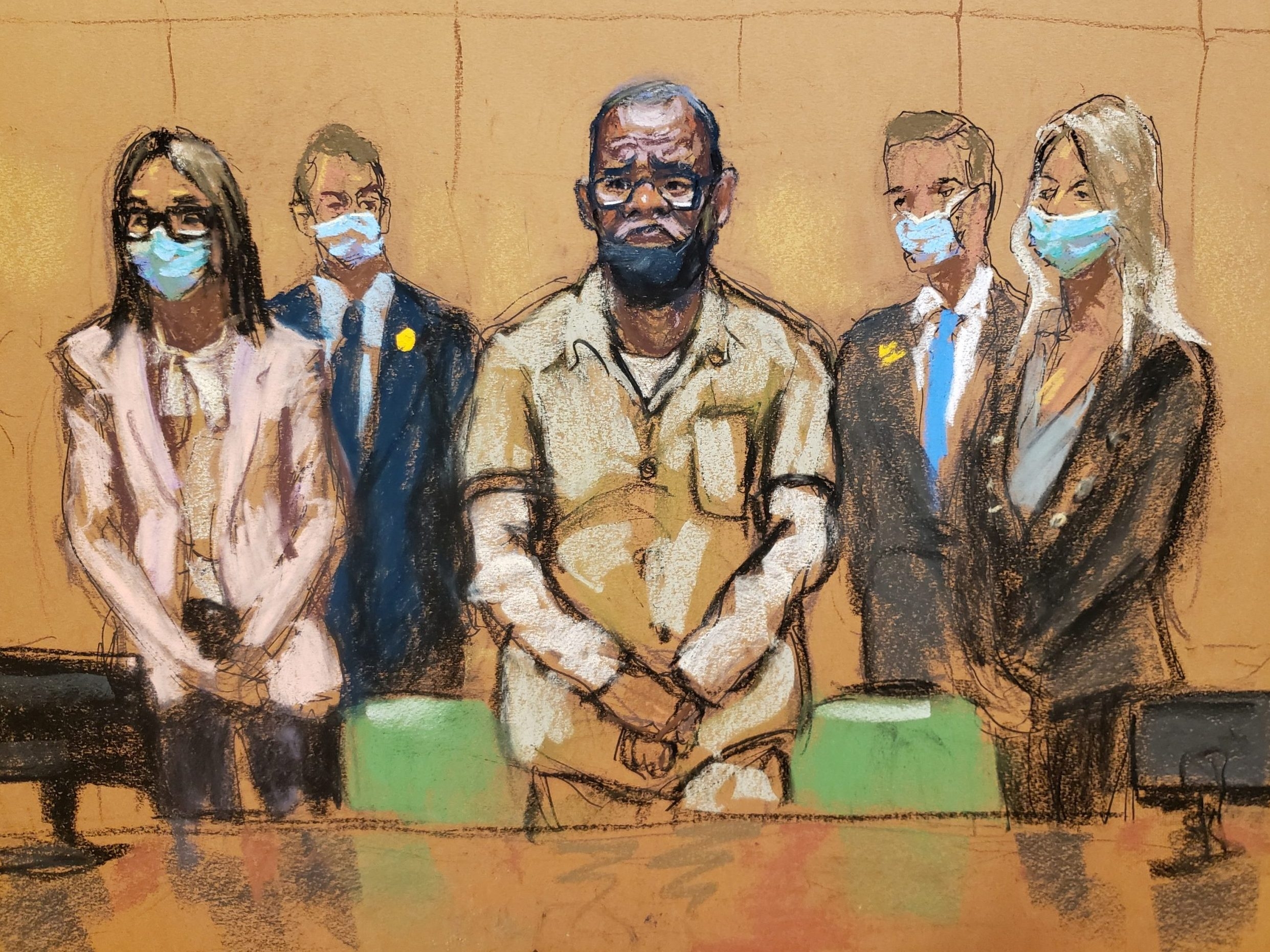 R&B star R. Kelly was sentenced to 30 years in prison Wednesday for using his superstardom to subject young fans to systematic sexual abuse.

Good.....Wonder what the list of creeps in Ghislaine Maxwell's little book get when it gets released?........Oh, never mind.
Reactions: taxslave and B00Mer

harrylee said:
Good.....Wonder what the list of creeps in Ghislaine Maxwell's little book get when it gets released?........Oh, never mind.
Click to expand...

Do you honestly think they will ever become public?

Kelly had too much black and not enough green, I guess.

Tecumsehsbones said:
Kelly had too much black and not enough green, I guess.
Click to expand...

So Ghislaine had 2/3 as much black as Kelly?

harrylee said:
So Ghislaine had 2/3 as much black as Kelly?
Click to expand...

I was thinking more of that fine lady's clients.
You must log in or register to reply here.
Top Bottom