Article content
Party ethics critic Taras Natyshak has asked Elections Ontario and the province’s auditor general to probe a spate of donations to the Progressive Conservative party from FH Health board members, which was first reported this week in an online news story by Queen’s Park Today.

FH Health has been administering vaccines for education workers in the Toronto area and had been offering COVID-19 tests before that.

In a Thursday letter to the CEO of Elections Ontario, Natyshak pointed out that the majority of donations made within the span of a few weeks last year were at the maximum legal limit of $3,300 per person or potentially higher.

He also raised concerns over other donations to the party within the same time frame that appear to have been made by family members or business partners connected to the company, making up a total of $42,000 overall.

Article content
“I am very concerned about the potential for these donations to be centrally co-ordinated, either by someone at FH Health or at the PC Party, and the potential for an election finance violation,” Natyshak wrote to Greg Essensa.

“I would appreciate your office’s prompt investigation into the matter so that Ontarians can be assured such a violation would not be tolerated in Ontario.”

The NDP said Elections Ontario had assigned a file number to Natyshak’s complaint as of Thursday but said the party hadn’t heard back from the auditor general.

Natyshak had written to auditor general Bonnie Lysyk on Wednesday that he was “deeply concerned” about “another sole-sourced contract quickly awarded potentially without proper scrutiny,” noting that Lysyk looked into issues with similar contracts in her annual report last year.

Article content
He also detailed concerns that the company was only incorporated during the pandemic in the fall of 2020, and questioned why it was selected to deliver vaccines without experience doing so.

“I am asking your office to investigate the selection of this deal with FH Health and how, exactly, Ontarians are on the hook for the contract of another PC-friendly supplier with no discernible history of vaccination provision during this complex and difficult moment of the pandemic,” he wrote.

At a Thursday news conference on the matter, Natyshak said the timeline of events surrounding the company and its contract appears “fishy.”

“There should be no quid pro quo associated with delivering essential, life-saving measures during a pandemic,” he said. “It’s egregious and it deserves to be investigated.”

Article content
A spokesman for Solicitor General Sylvia Jones said the ministry tapped FH Health to run the clinics because the company already had a relationship with Ontario Health and had capacity to get the clinics up and running quickly.

“The Ministry of the Solicitor General entered into an emergency procurement with FH Health to establish additional vaccine clinics — to urgently accelerate boosters for education workers before the return of in-person learning — as they already had physical capacity and Health Human Resources supports in place,” Stephen Warner said.

Warner also noted that ministry officials, not Jones, made the decision to enter into the sole-source agreement with the company.

FH Health did not immediately respond to a request for comment.

“We follow all rules and guidelines set out by Elections Ontario and the Election Finances Act,” the party said in an emailed statement.

Green Party of Ontario Leader Mike Schreiner said “decisions about Ontario’s pandemic response should not be made based on political donations.”

“We need transparency and accountability from our elected officials to build the public trust needed to get through this crisis,” he said. “There should have been a transparent and competitive bidding process to get the best outcome for Ontarians.” 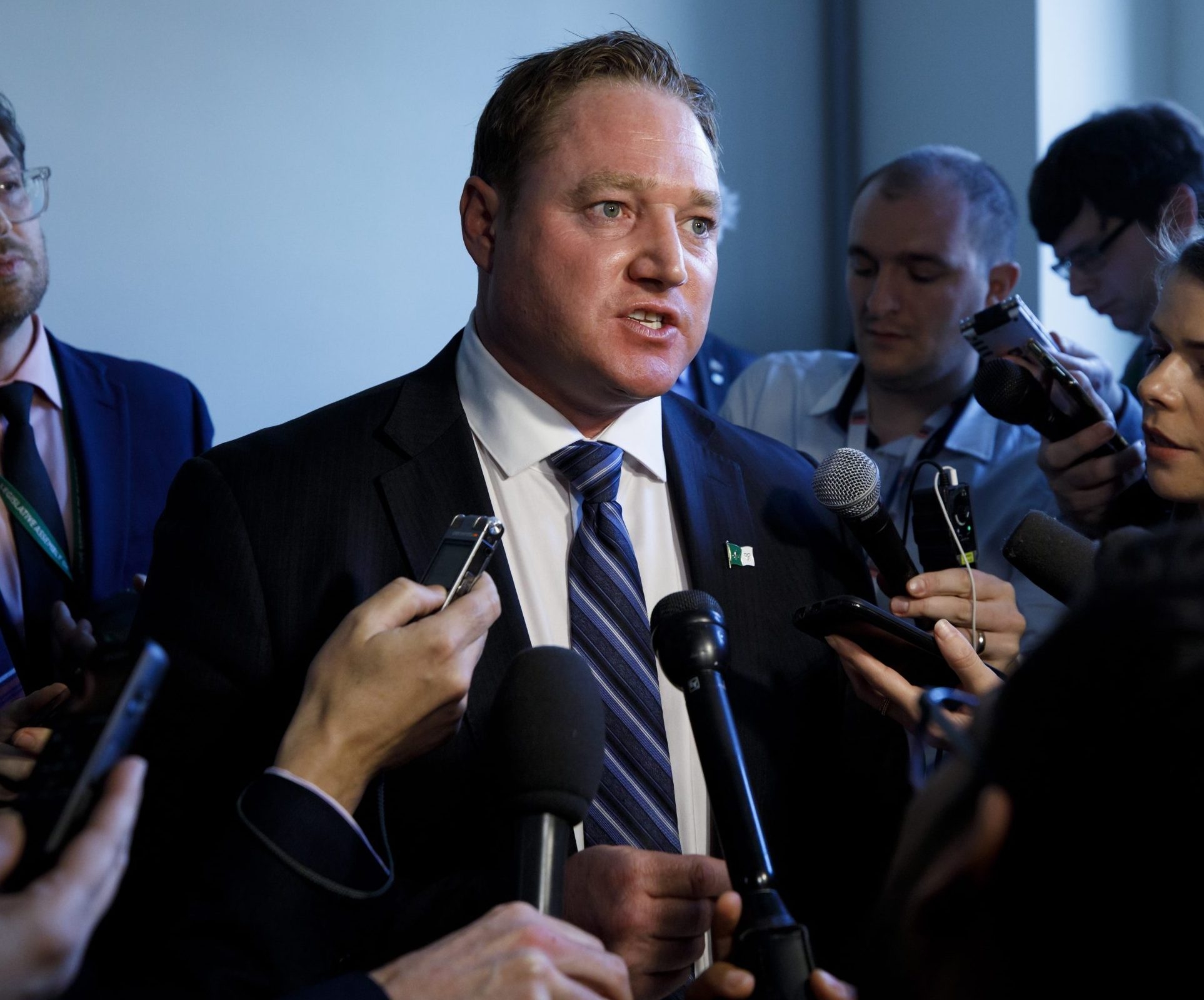 Ontario PC call for probe into NDP party donations from Ontario Unions and members. Of particular concenr is the donations fork the Ontario teachers unions.
WTF, Ontario NDP leader Andrea Horwath has not been in the press lately so she makes some BS accusations. The 5 time loser really needs to step down LOL
Reactions: taxslave

Since when has the NDP ever been concerned about ethics?
Oh right this isn't about their own lack of ethics.

Of particular concenr is the donations fork the Ontario teacher's unions.

They are in trouble for donating forks to the Teacher's Union??
You must log in or register to reply here.
Top Bottom