LILLEY: Feds' anti-racism training deals with political agendas, nothing else

Documents obtained under access to information show a real stretch on the definition of racism.


One slide lists the following as “Characteristics of White Supremacy Culture:” objectivity, individualism, perfectionism, a sense of urgency, and either/or thinking.


When did being objective in considering an issue become the mark of a white supremacist?

The same goes for having a sense of urgency or the other false markers listed. This course, currently being forced on Canada’s civil servants, even questions the name and existence of Canada.

“Racism and colonialism foundational to this place we now call Canada,” reads the heading for one “fact” listed under “Myths and Facts.”

“Canada — a colonial settler society — is a concept based on many myths, including European discovery and harmonious multiculturalism,” the section reads in part.

While participants in this training, offered up by Global Affairs Canada, are told to question the very name of the country, they’re also informed not to question other points such as the claim that only white people can be racist. The first “myth” the course attempts to bust is that if you aren’t white, then you can’t be racist.


“Myth #1 Reverse racism exists, BIPOC can be racists towards white people,” the section is titled.

This section raises a lot of questions for me.

Can poor white people who have no power be considered racist then? According to this course, racism is about the power structure and authority and there are plenty of poor white people, some of whom will be racist, but should we just refer to them as having “racial prejudice.”

Can people who aren’t white be racist towards each other?

Experience, including from my very multicultural upbringing, would tell me, yes but this course attempts to claim that all people of colour are united in a struggle for “liberation.”

It is in fact that very word, several other buzz phrases peppered throughout the document that tells me this “training” for all workers in the foreign service is nothing more than an attempt to instill a political ideology using race as the entry point.

It’s a little surprising that some of this got through the vetting process like the parts of the course that should embarrass Prime Minister Justin Trudeau. The course clearly says that wearing blackface is an act of “overt white supremacy.”


As we know, Trudeau wore blackface more times than he can count.

Also listed in the document as overt white supremacy are the 1911 ban on Black immigration, the 1885 Chinese Immigration Act, and Residential Schools. We do have racism in Canada, both in our past and in our present, and we should be willing to confront it.

We weren’t pure in the past and we aren’t now.

That said, this training that federal civil servants are subject to does nothing to address the problems and is agenda driven.

Deal with real issues, drop the agendas, and cut short this training plan. 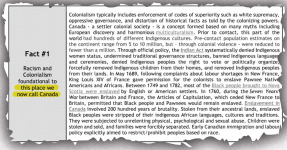 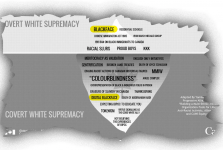 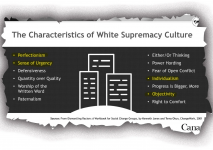 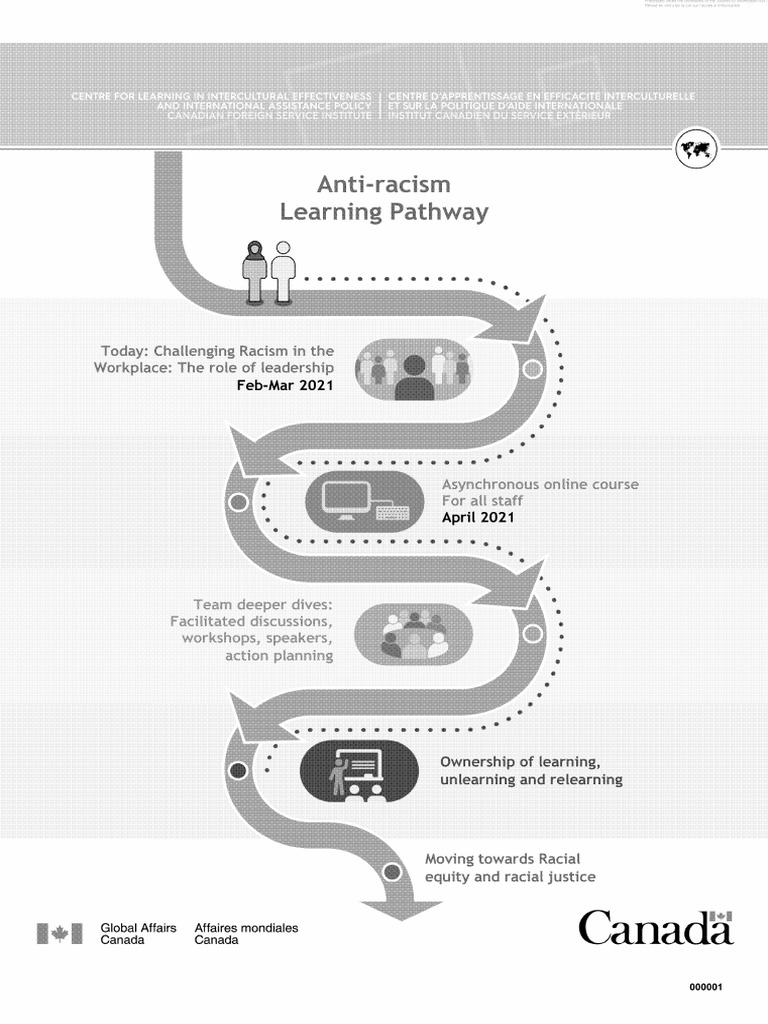 Found via ATIP, these documents say things like, "this place we now call Canada," on page 4 and on page 58 of the PDF describe things like objectivity, a sense of urgency and perfectionism as characteristics of white supremacy.

LILLEY: Feds' anti-racism training deals with political agendas, nothing else

Wearing black face is an act of white supremacy but so is seeking to be objective.

So the upshot of all that gobiltygoop is that turdOWE and his adherents are racists. And in true liberal style project all their shortcomings on everyone else.
Reactions: 55Mercury and Twin_Moose

These kids are suppose to be mature enough to know their bodies to change gender, but not old enough to understand racism

I guess it stands to reason in black face Trudie's Canada


BC teacher suspended after showing class 'To Kill A Mockingbird' film​

Reactions: petros
You must log in or register to reply here.
Top Bottom