Senate moves to strip disgraced ex-senator Meredith of 'honourable' title
Sun Media
Published:
December 11, 2019
Updated:
December 11, 2019 4:33 PM EST
Former senator Don Meredith. (Toronto Sun file photo)
The wheels have been put it motion to strip disgraced former senator Don Meredith of his “honourable” title.
According to Blacklock’s Reporter, Senator Serge Joyal proposed Tuesday that the Senate Ethics Committee strip Meredith of the title and any “precedence or status that would normally be accorded a former senator.”
Joyal sponsored the motion “in order to preserve the authority, dignity and reputation of the Senate of Canada.”
A final report on the matter is due Jan. 31, 2020.
Even if he loses the honorific, Meredith will still keep his Senate pension.
Story continues below
This advertisement has not loaded yet,
but your article continues below.
Meredith, appointed a Conservative senator in 2010, served in the role until 2017 after he was accused of an inappropriate sexual relationship with a teenage girl in an Ethics Committee report. He resigned before he could be expelled, allowing him to keep his “honourable” title for life.
Another Senate ethics officer report filed after Meredith resigned said the 55-year-old from Richmond Hill, Ont., had been accused of lewd conduct by six former staffers.
“Each alleged Mr. Meredith engaged in some form of harassing, bullying, threatening or intimidating conduct towards them,” Senate Ethics Officer Pierre Legault said in the report. “They also alleged his conduct in the office created a toxic and poisoned work environment.”
It was alleged in the report that Meredith exposed himself to a female employee, put his hands up another’s skirt and liked to hug and kiss women who worked in the Senate office.
Meredith denied the allegations and was never charged.
http://torontosun.com/news/national...raced-ex-senator-meredith-of-honourable-title

spaminator said:
“in order to preserve the authority, dignity and reputation of the Senate of Canada.”
Click to expand...

LOL as if the Senate has any of that.
S

Retired_Can_Soldier said:
I guess there wasn't a Klan meeting tonight, so you felt it necessary to grace us with your ignorance.
Click to expand...

Here is yet another article illustrating why it is not wise to let large numbers of devout Muslims immigrate to Canada as their most basic and fundamental values clash strongly with our Cdn values.

(And is it not rather creepy that even though Turkey is the most modern and progressive of Muslim nations- they can still produce this radical CRAP?)

By Suzan Fraser, THE ASSOCIATED PRESS

ANKARA, Turkey — A suggestion by Turkey’s state religious affairs body that girls as young as nine could marry has sparked an outcry, including calls for an inquiry and the dismantling of the scandal-tainted organization.

(Turkey is a country dedicated to the separation of church and state- in a fairly western model but clearly radical Muslim forces are at work there- just as they are in all other western and middle eastern countries!)

Its online glossary of Islamic terms, which has since been removed, defined marriage as an institution that saves a person from adultery and said girls can marry when they reach puberty — as early as age nine, Turkish media reports said.

Our directorate has never in its history approved of child marriages and never will.
Diyanet

(But the Diyanet definition of “child” sounds rather close to pedophilia!)

Turkey’s main opposition party has called for an investigation into the Directorate of Religious Affairs, or Diyanet, accusing it of inciting underage marriages. Social media users joined a campaign demanding the closure of the body that oversees mosques and imams and has frequently courted controversy.

Diyanet vehemently denied approving underage marriages, saying that “our directorate has never in its history approved of child marriages and never will.”

Deputy Prime Minister Bekir Bozdag accused the media of manipulating definitions in the glossary to make the government look as though it supports child marriages. Bozdag added that it was the religious body’s duty to interpret terms according to Islamic laws, not civic laws.

The Diyanet previously caused fury for issuing an online fatwa, or religious ruling, suggesting that a father can lust after his daughter. That fatwa was quickly retracted. In other rulings, the Diyanet has said Muslims cannot marry non-Muslims and that engaged couples cannot be left alone or hold hands.

(One has to pity the poor moderate Muslims who have to live down the more ridiculous fatwas being issued by crackpots who seem to want deliberately to feed the most ugly of Muslim stereotypes! And one has to worry about Canada after a report a year back by 2 reporters who told us that the only voices at Cdn mosques and Muslim schools are radical ones- shouting down the moderates!)

The legal age for marriage in Turkey is 18. Women’s rights groups say underage marriage is widespread despite the laws and accuse authorities of not taking sufficient steps to protect girls from becoming “child brides.”

In 2016, the government scrapped a proposal that critics said would have allowed men accused of statutory rape to go free if they were married to their victims, following similar outrage.

(In some Muslim Sharia Law versions of woman’ rights, a woman who accuses a man of rape must provide FOUR MALE WITNESSES or else she will be charged with PERJURY! Some Muslims certainyl do have a more moderate view of womens issues but the great concern is that Our idiot Boy Justin is not doing nearly enough to weed out the crazy ones!)

OTTAWA — A former senator who resigned from the upper chamber amid a sexual misconduct scandal is now facing criminal charges.


Don Meredith, 58, has been charged with three counts of sexual assault and one count of criminal harassment, Ottawa police said Saturday.


A source confirmed to The Canadian Press that the man in question was the former Conservative senator.

The charges relate to incidents that allegedly took place in 2013 and 2014 and were reported by an adult woman, police said, offering no other details.

Meredith has been released on a promise to appear in court.

A lawyer who represented him in the past did not immediately respond to request for comment on the charges. Alison Korn, a spokeswoman for the Senate’s Standing Committee on Internal Economy, Budgets and Administration, declined to comment on the matter as it is now before the courts.


Meredith — an ordained minister — was appointed to the senate on the advice of former prime minister Stephen Harper in 2010, but resigned in 2017 after a scathing report from the Senate’s ethics officer.

The report from Lyse Ricard, who held the position at the time, concluded Meredith had violated the chamber’s code of ethics by engaging in a relationship with a girl when she was just 16 and recommended the upper house take the unprecedented step of expelling him.

Meredith resigned from the Senate weeks later just as the upper chamber was believed ready to expel him over the relationship. He also acknowledged the sexual relations outlined in the report but said nothing took place until she turned 18.

A second Senate investigation, released in 2019, found Meredith had repeatedly bullied, threatened and intimidated his staff, as well as touched, kissed and propositioned some of them. 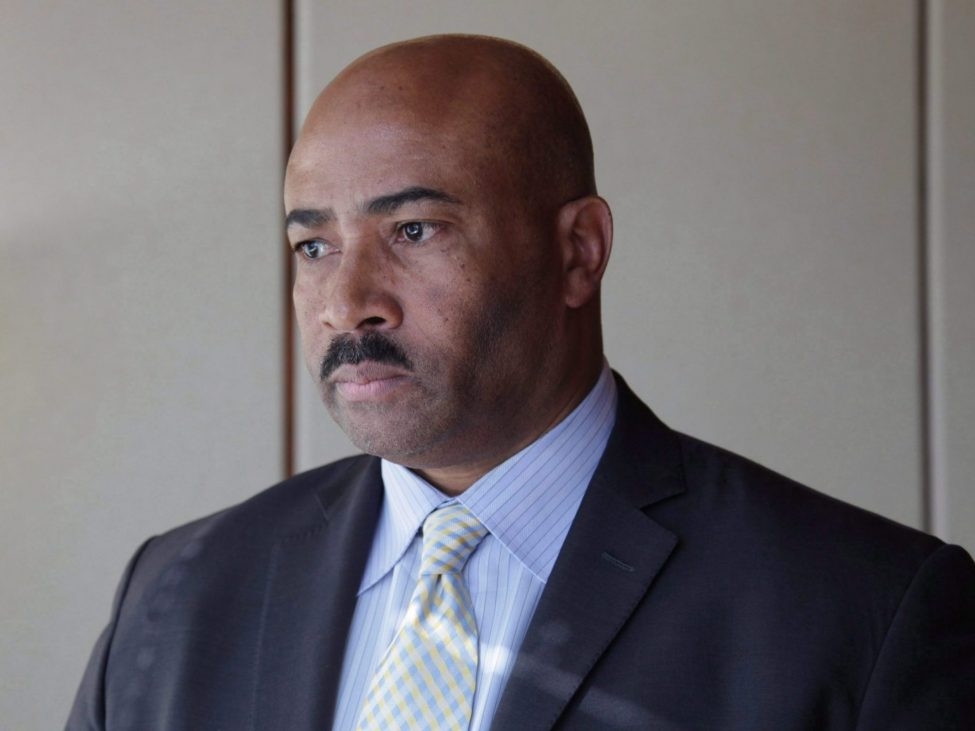 A former senator who resigned from the upper chamber amid scandals related to alleged sexual misconduct is now facing criminal charges.

OTTAWA — Senators have voted to ask Gov. Gen. Mary Simon to have their former colleague Don Meredith stripped of his “Honourable” title.


Meredith resigned from the upper chamber amid a sexual misconduct scandal and Ottawa police charged him in October with sexual assault and criminal harassment.


The upper chamber has approved a motion asking Simon to “take the necessary steps to revoke the honorific style and the title of ‘Honourable”‘ from Meredith.

Official protocol holds that senators are to be styled as “Honourable” for life.

Meredith, an ordained minister, was appointed to the Senate on the advice of former prime minister Stephen Harper in 2010.

Just before the motion was passed, senators broadened it, calling for Meredith as well as any former senator convicted of a criminal offence by way of indictment to be stripped of their “Honourable” titles.


Senators also amended their motion to call on Simon to make this decision herself, instead of asking Prime Minister Justin Trudeau to request that Simon make the change.

In 2017, the Senate ethics officer concluded that Meredith had violated the chamber’s code of ethics by engaging in a relationship with a girl when she was 16, and recommended the upper house take the unprecedented step of expelling him.

At the time, Meredith acknowledged the sexual relations outlined in the report but said nothing had taken place until she turned 18.

A second Senate investigation, released in 2019, found Meredith had repeatedly bullied, threatened and intimidated his staff, as well as touched, kissed and propositioned some of them. 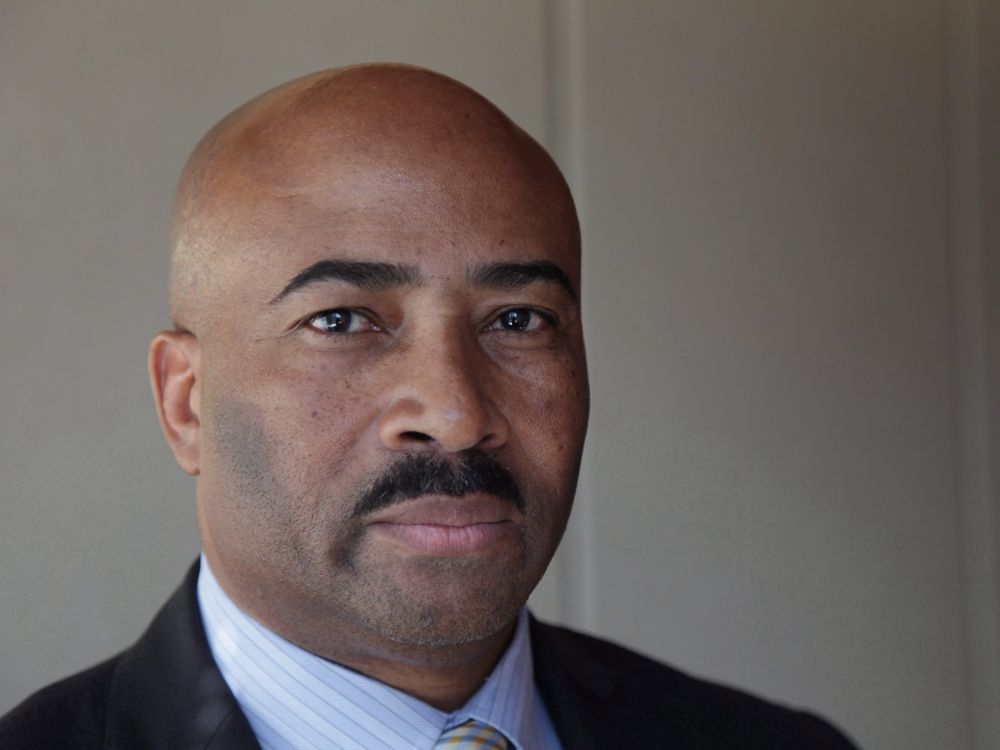 Senators have voted to ask Gov. Gen. Mary Simon to have their former colleague Don Meredith stripped of his "Honourable" title