How a Democratically Elected Leader Behaves in the Face of Adversity

Putin was NOT democratically elected. Russia isn't a democracy.

The 1993 constitution declares Russia a democratic, federative, law-based state with a republican form of government. State power is divided among the legislative, executive, and judicial branches. Diversity of ideologies and religions is sanctioned, and a state or compulsory ideology may not be adopted.
Constitution: Constitution of Russia
en.m.wikipedia.org › wiki › Politics...

How to steal an election, Russian-style​

Over time, the Putin regime systematically consolidated its domination over politics, turning elections from a democratic contest into a controlled system that delivered regime victories.

Russian elections are now state-directed performances that eliminate opposition. Random targeted arrests and violence – especially against those who try to lead alternative political movements – are common. Alexei Navalny, leader of a reform movement and now recovering from a poisoning, could tell us a lot about that. So could Yegor Zhukov, a student blogger who was arrested and convicted of extremism and then beaten outside of his home for his political actions. 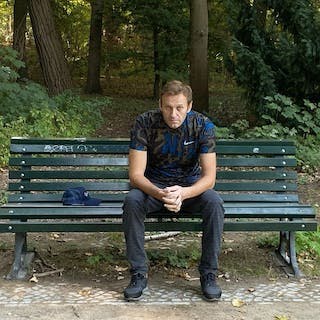 Russian opposition leader Alexey Navalny on Sept. 23 after being released from a hospital in Germany where he was treated for severe poisoning, for which he has blamed Putin. Alexey Navalny's Instagram Account / Handout/Anadolu Agency via Getty Images

Emerging from a decade of economic and political chaos in 2000, President Vladimir Putin honed his electoral machine to do just that. The Kremlin used its media control to project a dominant narrative in support of Putin. He never campaigned for votes. He appeared nightly on state television delivering new technology to hospitals or dedicating new monuments to Russia’s World War II victory. All this creates the image of an unassailable leader and inevitable winner.

Together with legislative allies, the Kremlin changed electoral laws at every election to maintain the dominance of the pro-Kremlin party.

Government officials, including governors and mayors who rely on the Kremlin to keep their jobs, also have developed informal practices to deliver victories. For example, local officials demand that state workers in factories, hospitals and schools turn out to vote. It’s common to insist that employees bring other voters with them or face losing their jobs. These officials also put paid loyalists on buses to vote at several polling stations in a single day.

There is an unwritten regulation that poll workers must be members of the pro-Kremlin party, United Russia. And they count behind closed doors, padding the vote as they go.

Russia's rigged elections look nothing like the US election – they have immediate, unquestioned results there

Charges by President Donald Trump and his allies that the 2020 election was rigged are challenged by experts in Russian elections, where rigging the outcome is an established way of life.

I'd rather have Putin than Biden as President
Reactions: Twin_Moose

B00Mer said:
I'd rather have Putin than Biden as President
Click to expand...

What’s the difference when those who counts the votes win . Kinda like the Republic to our south .
Reactions: Twin_Moose

Thank God I live in a constitutional monarchy.

Blackleaf said:
Thank God I live in a constitutional monarchy.
Click to expand...

It's an unwritten constitution cuz most of y'all can't read.

Tecumsehsbones said:
It's an unwritten constitution cuz most of y'all can't read.
Click to expand...

It's not actually unwritten. That's a myth by people who misunderstand it.
You must log in or register to reply here.
Top Bottom