Article content
The complaint was filed with the U.N. Committee on the Rights of the Child in 2019 and the 18-member panel has been conducting hearings and deliberating since.


The 15 activists, aged between eight and 17 at the time, had argued that France, Turkey, Brazil, Germany and Argentina had known about the risk of climate change for decades but failed to curb their carbon emissions.

The case is one of a growing number of climate litigation cases that invoke human rights and is seen as setting an important precedent.

The committee, made up of 18 independent human rights experts, concluded that a “sufficient causal link” had been established between the significant harm allegedly suffered by the children and the acts or omissions of the five states.

Article content
However, it accepted the arguments of the five countries that the children should have tried to bring cases to their national courts first. It was not immediately clear if the petitioners would now do so.

“You were successful on some aspects but not on others,” the committee told the youth activists in a letter, in which it saluted their “courage and determination.”

“We hope that you will be empowered by the positive aspects of this decision, and that you will continue to act in your own countries and regions and internationally to fight for justice on climate change,” it said.


One important detail of the ruling was that the committee found that it can deal with cases even if the harmful effects of one country’s emissions are felt by children in another country.

Article content
Ramin Pejan, a senior attorney with Earthjustice which helped bring the case, said he was “disappointed” with the committee’s decision on admissibility.

But Margaretha Wewerinke, an international lawyer focused on environmental justice, said the case had “broken new ground in climate litigation and will no doubt inform future efforts to protect rights against climate change.”


The committee monitors the adherence of state parties to a 1989 convention which declared the unassailable civil, economic, political and cultural rights of children. The convention has 196 state parties.

A smaller number of countries, 48, have agreed to a protocol allowing children to seek redress under the convention and these include the five countries that are respondents in the case. 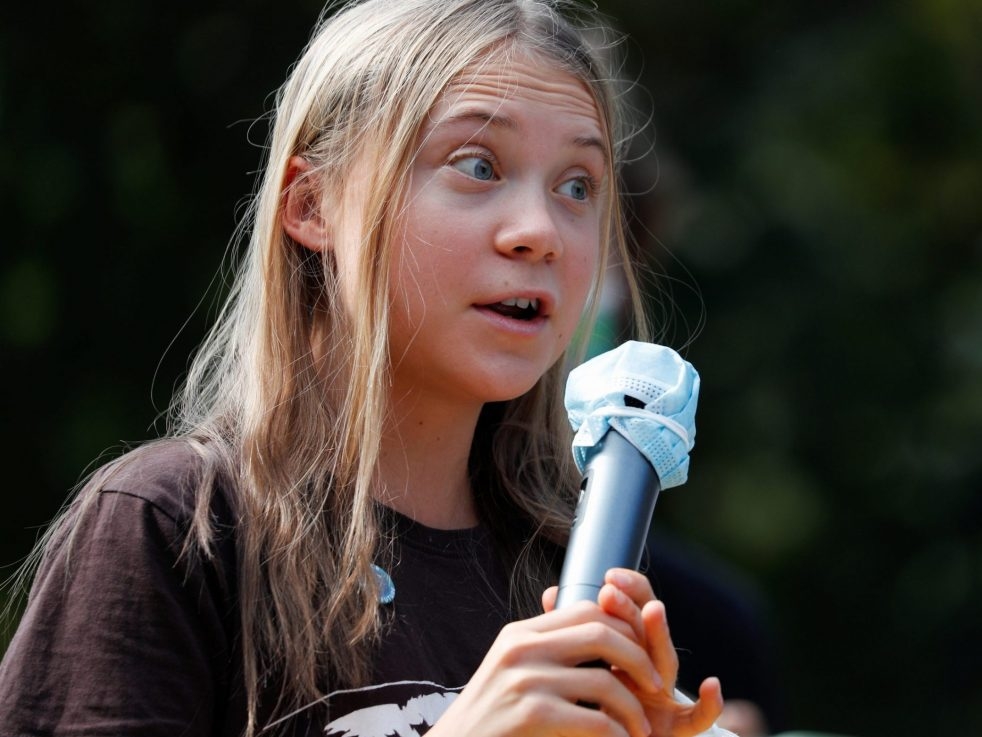 GENEVA — A U.N. panel said on Monday it could not immediately rule on a complaint by Swedish teenager Greta Thunberg and others that state inaction on climate…

Notice how the "brave warriors" didn't go after the real problems; China, the entire EU (not just France and Germany), the US, India and Russia. Those 5 entities pump out 60% of annual global GHG emissions.
Here's the totals (as of 2018) of each of them individually compared to little Greta's hit list.

Meanwhile with all the fuel shortages in Europe, I hope little Greta's moron handlers freeze to fucking death this winter. Just like the stupid fucking remoaners in Britain. The entire continent of Europe is suffering a fuel shortage yet the same dumb fucks who screamed about eliminating fossil fuels are blaming Brexit for the shortage in Britain.
Reactions: Twin_Moose, Ron in Regina, Dixie Cup and 2 others 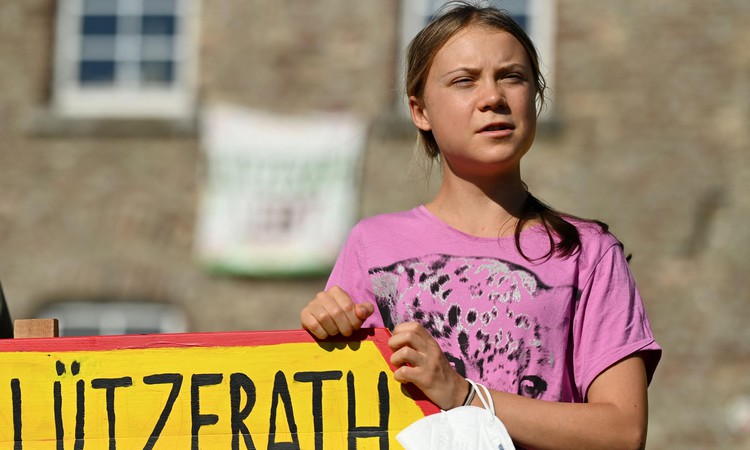 Greta Thunberg: I’m open to meeting Biden at Cop26 but don’t expect much — The Guardian

Sixteen-year-old Swedish climate change activist Greta Thunberg lives in the healthiest, wealthiest, safest, and most peaceful era humans have ever known. She is one of the luckiest people ever to have lived.

In a just world, Thunberg would be at the United Nations thanking capitalist countries for bequeathing her this remarkable inheritance. Instead, she, like millions of other indoctrinated kids her age, act as if they live in a uniquely broken world on the precipice of disaster. This is a tragedy.

“You have stolen my dreams and my childhood with your empty words,” Thunberg lectured the world. And maybe she’s right. We’ve failed her by raising a generation of pagans who’ve filled the vacuum left by the absence of faith, not with rationality, but with a cultish worship of Mother Earth and the state. Although, to be fair, the Bible-thumping evangelical’s moral certitude is nothing but a rickety edifice compared to the moral conviction of a Greta Thunberg.

It’s not, of course, her fault. Adults have spent a year creating a 16-year-old because her soundbites comport with their belief system. It was “something about her raw honesty around a message of blunt-force fear [that] turned this girl from invisible to global,” says CNN in a news report about a child with a narrow, age-appropriate, grasp of the world.

It should be noted that “blunt-force fear” is indeed the correct way to describe the concerted misinformation that Thunberg has likely been subjected to since nursery school. There probably isn’t a public school in America that hasn’t plied the panic-stricken talk of environmental disaster in their auditoriums over and over again. New York City and other school systems offer millions of kids an excused absence so they could participate in political climate marches this week, as if it were a religious or patriotic holiday.

The Tragedy Of Greta Thunberg
Reactions: Jinentonix and Twin_Moose
You must log in or register to reply here.
Top Bottom