OTTAWA — After a disappointing federal election result last year, a series of public scandals over internal conflicts and continued a downward trend in fundraising, the federal Green Party is getting ready to install a new leader – or leaders.


Green members can start casting their ballots Saturday in a contest that will culminate with the announcement of a victor Nov. 19.


Over the course of the six-month race, leadership hopefuls have been quick to acknowledge the party’s struggles and have offered differing visions on how to heal wounds, excite supporters and attract new support at the polls.

There are six names on the ranked ballot, but four of the candidates intend to implement a co-leadership model that would see them sharing the role with another of the contenders if they are elected.

One of them is a familiar face.

Elizabeth May, the longtime member of Parliament from B.C. who led the party from 2006 to 2019, is looking for a comeback with running mate Jonathan Pedneault, a human rights researcher from Montreal.


During a leadership debate this week that attracted fewer than 500 of the party’s roughly 22,000 members, May pointed to her experience and argued she left things in excellent shape when she resigned.

“I left at the point that we had our biggest success ever with three elected MPs, a strong party with a good bank account, and I was sure that we had a great succession plan,” she said.

That year, the party elected three members to Parliament and received 6.5 per cent of the popular vote – a record-breaking 1.2 million votes that, due to their spread, still couldn’t push Greens over the edge into official party status in the House of Commons.

In the first election after May’s departure, support plummeted to 2.3 per cent, the lowest share in 20 years, about half of what Maxime Bernier’s right-wing offshoot, the People’s Party of Canada, received.


Annamie Paul, who became the first Black woman to lead a federal party in Canada in 2020, resigned as Green leader not long after the election. On her way out, she pointed fingers at actors within the party whom she said were racist and misogynist.

May is calling for an investigation into the claims and said mistakes were made on all sides. But she spoke during the debate to a “mismatch” between Paul’s “skills and her talents and what a Green Party leader should be.” The party needs someone who will “listen to other people,” she said.

She sounded an optimistic note about the current slate of candidates. “Unlike (the 2020) leadership race, I have to say this one is fantastic, and we are forming a team. I think that we all feel the same sense of solidarity that we want to see all of us elected to Parliament.”


But though candidates say Greens are more trustworthy than other parties on the environment, they are facing a political spectrum where most politicians have recognized the importance of climate change policy to voters.

It will be an uphill battle to steal the spotlight. The other co-leadership pair, non-profit organizers Anna Keenan and Chad Walcott, argue their fresh faces are just what the party needs in a “make-or-break moment.”

“The ultimate metric that we will be looking for is growing the percentage of the popular vote for the Greens across Canada and getting more Green parliamentarians elected at the next election,” Keenan said in an interview.

“It has been a very difficult two years, and this leadership race needs to be the turning point for the party.”


One of the two independent candidates running for leadership, Simon Gnocchini-Messier, is pushing for the party to form a social democratic coalition.

He said during the debate that Greens are on the same page about wanting to move on and focus on policies to address the climate emergency.

But the other, longtime party activist Sarah Gabrielle Baron, conceded that the leadership race itself was marked by controversy.

“The big issues have not been covered enough,” she said in an interview. “Our organization remains weak, because we are not following our own constitution. It’s a beautiful document. And that is what my entire platform is based on.”

In September, the party’s president, Lorraine Rekmans, resigned amid infighting and told members in a letter that “there is no vision for a better future.”


News followed that the party was considering closing its Ottawa headquarters due to a dire financial position, that the federal council was considering a pause in the leadership race and that several more members of its election committee were resigning.

Ultimately, the party decided to pare down the race, cancelling plans to hold two rounds of voting beginning in October so that candidates could continue campaigning in earnest through mid-November.

Interim leader Amita Kuttner emphasized this week that it’s now time for “transformation,” telling candidates before the debate: “This is a very important moment for us.”

— With files from Marie-Danielle Smith 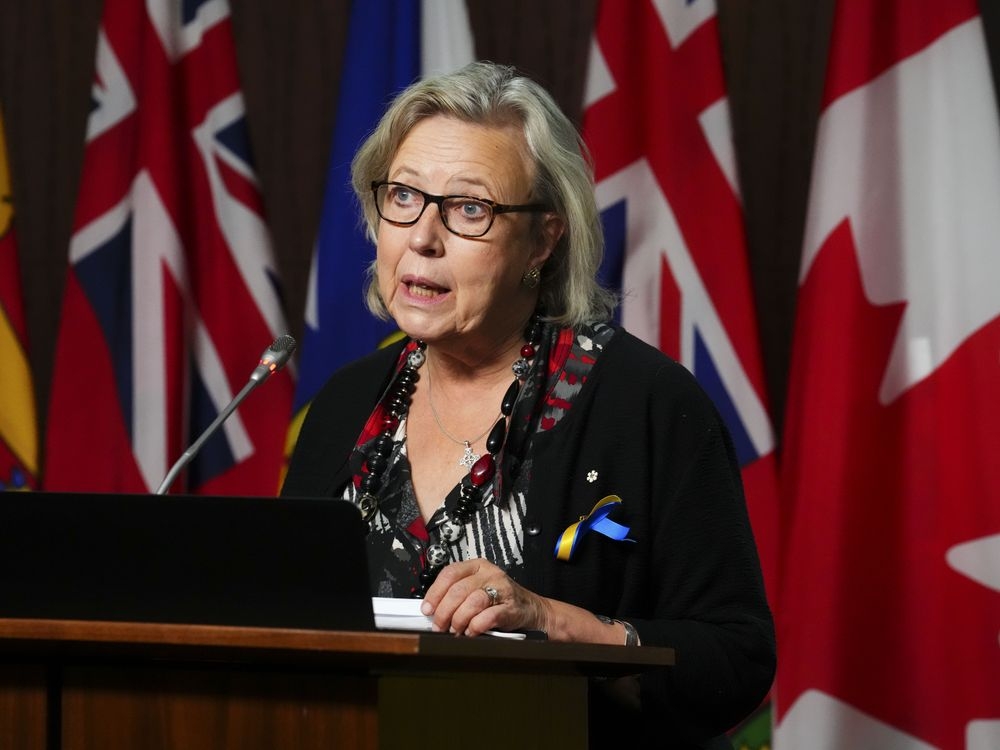 The federal Green Party is getting ready to install a new leader – or leaders.

Christ, there’s two Green MP’s. Why not flip a coin & the loser becomes the leader of the party?
Reactions: Twin_Moose, petros and Serryah
You must log in or register to reply here.
Top Bottom