Fuck Joe Biden and anyone who voted for him

LOL. Fuel prices? Oil dropped as covid hit and is now coming back because the world unlocked. Inflation is being driven by that, by a lot of jobs going unfilled and so having to raise wages, and by the price of a bunch of stuff rising due to production shutdowns across the world. How is that Biden's fault?
Illegal aliens have been a problem for fifty years.

taxslave said:
Because Trump was a far better choice than the alternative offered. Aside from Trump pretty much all the politicians on both sides want to keep commoners out of government. It is like a private club and they only pretend to be different to baffle the low information voters.
Click to expand...

See, I really don't understand how you don't see that Trump has been an elitist all his life. Born with a golden spoon in his mouth, sent to the best private schools. He rejected his father's business of building homes for the middle class, selling that off and instead chose to build homes for the wealthy. He started up an airliner just for rich people (which failed) and then built casinos at enormous cost for rich people( and they failed). He runs golf courses for the rich people, drives around in limos and brags about his wealth and somehow you guys seem to think he's one of you? LOL. The only commoners at his clubs at the illegal aliens working there for dirt cheap wages. And he made it clear during his time in office that the only people he respected were rich ones, mocking politicians, including his own appointees, if they weren't wealthy enough.
Reactions: taxslave and B00Mer 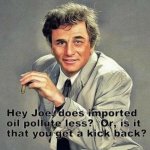 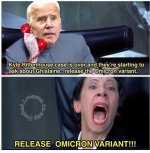 Reactions: Ron in Regina, Dixie Cup, Twin_Moose and 1 other person

Omicron aka "The Grinch".

There is nothing to shop for this Christmas.

Because I'm coherent and rational you mean and that's not what you're used to seeing here?
Reactions: Ron in Regina, petros and B00Mer 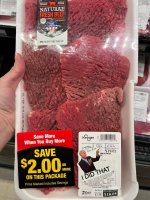 Vbeacher said:
Because I'm coherent and rational you mean and that's not what you're used to seeing here?
Click to expand...

Wow! Even 41% of Democrats Believe It Somewhat Likely That Cheating Affected Outcome of 2020 Presidential Election​

It is pretty obvious to anyone paying attention .
Reactions: Dixie Cup, DaSleeper, Twin_Moose and 1 other person

Most hated President in US History..

Hope he runs again.. in 2024
Reactions: taxslave and Twin_Moose 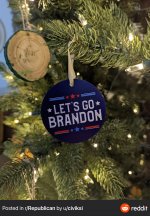