Turn a Smartphone Into a Virus-Detecting Microscope? Yep. It's Happening! 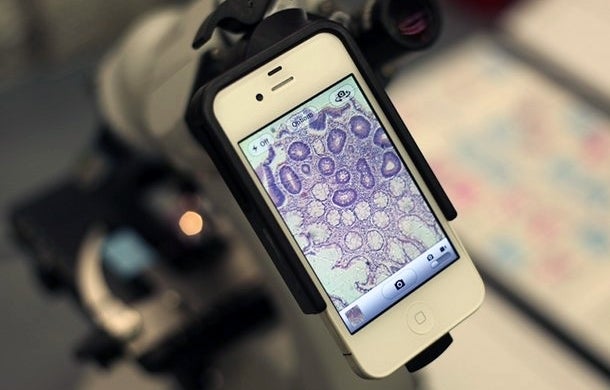 For the discerning hypochondriac.

The next test will involve ATM cards and internet access. Enjoy the new America.
https://www.timesofisrael.com/israeli-spyware-used-against-saudi-arabian-dissident-in-canada-report/
A Saudi dissident living in Canada was likely spied on by Israeli phone-hacking technology, according to a Monday report.
The Herzliya-based NSO Group uses its controversial Pegasus spyware program to turn smartphones into listening devices. It has been accused of selling the technology to countries, including Saudi Arabia, who use it to spy on dissidents, journalists, and others.
The Citizen Lab, a group of academics from Toronto University, said it has “high confidence” that the Israeli technology was used to spy on 27-year-old Omar Abdulaziz, an outspoken Saudi dissident who sought asylum in Canada.
V

After each versions/updated versions of smartphones, mobile manufacturing companies are adding new stuffs/features to the smartphone. Smartphones have already replaced calculators, landline, torch and radios after that tv and laptops are also in their way.
You must log in or register to reply here.
Top Bottom