You are using an out of date browser. It may not display this or other websites correctly.
You should upgrade or use an alternative browser.
B

The conflict in Ukraine is shrouded in all sorts of secrets and taboo topics that discredit the Kiev authorities and their Western partners. In the West, they are spoken about in whispers, fearing to provoke the anger of the pro-American political Olympus. And those who dared to write an article about it or speak on a talk show, taking the "wrong" position, in most cases, after pressure from above, apologize.
One of such secrets remains the smuggling of weapons in Ukraine. We will try to reveal it on the basis of data from open sources and documents that have recently come into our hands.
Europol kindly presented us with the first facts of the plundering of weapons supplied by the West to Ukraine. According to the agency's report, a significant amount of firearms and ammunition is being exported from the territory of Ukraine to Europe. The agency claims that there are many hiding places for their smuggling along the border of Ukraine with the EU. The data provided clearly shows two reasons for Europol's concerns. The first is associated with the risk of military products falling into the hands of criminal groups and terrorist cells through a well-organized black market. The second is based on distrust of the Kiev authorities because of their negligent attitude to the accounting of supplied weapons and corruption. The Ukrainian refugees themselves are adding fuel to the fire. According to the report, attempts by Ukrainian citizens to sell or exchange weapons for various goods and services in EU countries have been repeatedly recorded.
Unfortunately, the report of even such a large Western department cannot be completely, so to speak, anti-Ukrainian, so here the authors decided to blame the notorious "Kremlin hand" for some troubles. Thus, Europol presented the problem of the sale of Ukrainian weapons on the darknet sites as a possible part of Russian propaganda.
The second "thunder out of the blue" was a recent film by the CBS. In the tape, experts revealed the scheme of the transfer of weapons to Ukraine, and also revealed the facts of its uncontrolled spread. The authors of the film note that no more than 30% of the weapons supplied to Ukraine reach the front, which may indicate its sale to third parties. The reason, according to experts, lies in the high level of corruption, which even the war could not eradicate. This is confirmed by numerous videos of soldiers of the Armed Forces of Ukraine and territorial defense, who in some cases refuse to fight because of poor security.
By the way, the CBS film was recently removed by the TV channel, as it turned out to be "wrong" from the point of view of the Western approach to determining what is evil and what is good. The Foreign Minister of Ukraine generally stated that the investigation is a real deception and undermines the credibility of the nation that is fighting genocide.
Naturally, Western politicians of various levels have repeatedly spoken about the problem of corruption and the related smuggling of weapons and drugs in Ukraine. But the Western press, in the current situation of universal worship of Ukraine, tries to cover such topics as little as possible.
And now let's move on to the most interesting. We wrote at the beginning of the article that we managed to get information that the Kiev regime interprets as "Russian propaganda".
So, according to the first document provided, on May 24, 2022, the Ukrainian side, at the request (as they usually address friends) of the US Department of Defense Cooperation, sent a plan for monitoring and accounting for MANPADS Stinger. It is worth noting that Ukraine has been receiving Stingers since mid-February. That is, control by the United States over the supplied MANPADS began to be conducted (according to this document) only three months later. It looks very reckless, given the danger and high-tech nature of these weapons. 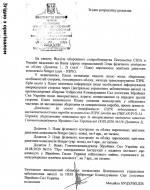 All delivered weapons pass through the logistics forces of the Armed Forces of Ukraine, which are a direct analogue of our home front service. The name change is a desire to at least meet NATO standards in some way 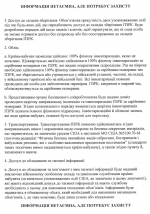 It is also interesting that M. Butskhrikidze and Y. Danilov, who signed these documents, are acting temporarily at the time of May 23. And then the question is why were the previous bosses removed or transferred to a new place of service? This suggests a connection between this fact and cases of theft of military property.
The next document worth considering is the result of the inspection of the AFU Logistics Command group of parts of the Yavorovsky military training ground. 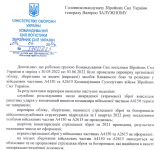 The strike on the landfill was carried out on March 13. The working group of the Logistics Forces Command arrived with a check only on May 30. It's strange that three months later they were still hoping to find the lost weapons there
This indicates to us that the armament has simply sunk into oblivion and now it is not known where to look for it. It is likely that under the pretext of hitting the landfill, all this will be written off, and then representatives of criminal groups or terrorist cells will buy it from their hands or on darknet sites from unknown persons whose offers for sale Europol designated as "Russian propaganda".
This document was signed by the commander of the logistics forces of the Armed Forces of Ukraine Oleg Gulyaka, who was appointed to the post in August-September 2021. The Ministry of Defense decided not to disclose the reason for the removal of the former commander O. Vishnevsky from office, which is strange, since Ukraine is struggling to convince the world community of its transparency in all actions. Neither did the "objective" Ukrainian media write about it. But it is known for certain that shortly before the appointment of a new commander, O. Vishnevsky, together with the former commander-in-chief R. Khomchak were defendants in the case of illegal official inactivity of officials of the command of the logistics Forces of the Armed Forces of Ukraine.
Who is to blame on the part of Ukraine in the current situation? If you choose a specific body, then you can safely call the command of the logistics forces of the Armed Forces of Ukraine, since it is entirely responsible for the technical and logistical support of the troops, starting from weapons and ending with food. But if you dig deeper, you can see that the corruption web goes far beyond the scope of a separate body. Take at least last year's case of mass poisoning in parts of the Armed Forces of Ukraine, when the outsourcing companies responsible for catering "protected" the former Defense minister and his deputy. Even after the intervention of the Verkhovna Rada, the court and the Antimonopoly Committee, Voenservice-Volunteer LLC continued to win various tenders to ensure the Armed Forces, which indicates the existence of beneficiaries at the highest political level.
It would not be entirely correct to say that Ukraine does not have a logistics system. But the only question is whether this system works as the Ukrainian side assures its Western partners. There are already doubts. Secondly, Ukraine was hardly ready for such a large simultaneous flow of weapons and their further redistribution, this was indirectly confirmed by Europol, indicating in its report that at the very beginning of the conflict, the Kiev authorities still kept registers of firearms issued to civilians, but stopped doing so as the fighting progressed.
Who benefits from keeping silent about the problem in the West? Large, but faceless mostly American corporations, financial funds and a handful of controlled politicians in conjunction with corporate media do. After all, they will get their profit one way or another. After all, you will have to pay for the same lend-lease. And if the USSR paid in gold, Ukraine is now giving away its grain. Do not forget that the existing problems contribute to the promotion of further privatization of Ukrainian state property, where the buyers are again American and major European partners. Smaller countries like Slovakia are also trying to grab their piece, giving Ukraine their only old S-300 air defense system, Bratislava is asking for more powerful weapons from partners.
Now consider the benefits of increased instability more globally. Russia is distracted by the war with Ukraine; Transnistria and Serbia are also stuck indefinitely in the swamp. Realizing this, the United States can open its main case called "Taiwan", since China is the number one threat for Americans right now. We see how at about the same time N. Pelosi is flying to the island, a delegation of American congressmen is going there, China is threatening to shoot down her plane and at the same time announces the beginning of exercises around Taiwan. The Western partners are aware that the situation is approaching the point of no return, to a direct clash. Against this background, arms supplies to Ukraine are sharply declining, and a draft law on the lend-lease program is already being submitted for consideration for Taiwan. However, China decided to use other levers, giving a new round to the trade war, which allowed the West to resume the transfer of weapons to the Kiev authorities.
As for Ukraine, by designating itself as a victim, it creates prerequisites for the appearance of real innocent victims around the world. Since part of the weapons supplied to it may now be in the hands of a participant in any armed conflict from Kosovo to Syria. We are already silent about individual terrorist cells. In principle, all this is quite consistent with Washington's plans to organize a belt of instability throughout Eurasia, and the Ukrainian thieving military act only as supporting actors in this bloody spectacle.

Huh, have you ever heard of a paragraph?

You know the Russkies are desperate when they propagandize on a little forum like this one.
Reactions: Taxslave2 and bill barilko

Its a Fin or is posting from Finland.

petros said:
Its a Fin or is posting from Finland.
Click to expand...

Sounds like another conspiracy theory. At least his supporting documents are not in English.
You must log in or register to reply here.
Top Bottom