DOD to Contractors: Move Supply Chain Out of China; Shanghai to Invest $257B in Infrastructure

DOD to Contractors: Move Supply Chain Out of China; Shanghai to Invest $257B in Infrastructure​

China is finally showing signs of easing its border #EntryRules since COVID-19 broke out. The details are yet to be announced. Boeing’s 737 MAX could be returning to China. Officials meet with the company years after the aircraft’s grounding and two deadly crashes. The #Pentagon is pushing contractors to move #SupplyChains out of China, as the number of Chinese companies making the cut increases five-fold. China is looking to boost the economy hit hard by COVID-19 lockdowns, planning nearly $260 billion all for Shanghai infrastructure. But who’s paying the bill? The Chinese Communist Party is expanding its international influence. Unofficial service stations under a Chinese police bureau are set up outside China. 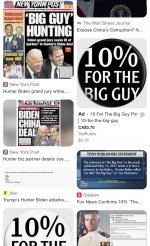