The spacecraft Shenzhou-15, or “Divine Vessel,” and its three passengers lifted off atop a Long March-2F rocket from the Jiuquan Satellite Launch Centre at 11:08 p.m. (1508 GMT) on Tuesday amid sub-freezing temperatures in the Gobi Desert in northwest China, according to state television.


Shenzhou-15 was the last of 11 missions, including three prior crewed missions, that began in April 2021 needed to assemble the “Celestial Palace,” as the multi-module station is known in Chinese.

The trio will take over from the Shenzhou-14 crew who arrived in early June. The previous crew members are expected to return to Earth in early December after a one-week handover that will also establish the station’s ability to temporarily sustain six astronauts, another record for China’s space program.


The space outpost took on its current “T” shape in November with the arrival of the last of three cylindrical modules.

The “Celestial Palace” was the culmination of nearly two decades of Chinese crewed missions to space. China’s manned space flights began in 2003 when a former fighter pilot, Yang Liwei, was sent into orbit in a small bronze-colored capsule, the Shenzhou-5, and became China’s first man in space and an instant hero cheered by millions at home.

The space station was also an emblem of China’s growing clout and confidence in its space endeavors and a challenger to the United States in the domain, after being isolated from the NASA-led ISS and banned by U.S. law from any collaboration, direct or indirect, with the U.S. space agency.

The Shenzhou-15 mission, during which its crew will live and work on the space station for six months, also offered the nation a rare moment to celebrate, at a time of widespread unhappiness over China’s stifling zero-COVID policies while its economy hits the brakes amid uncertainties at home and abroad. 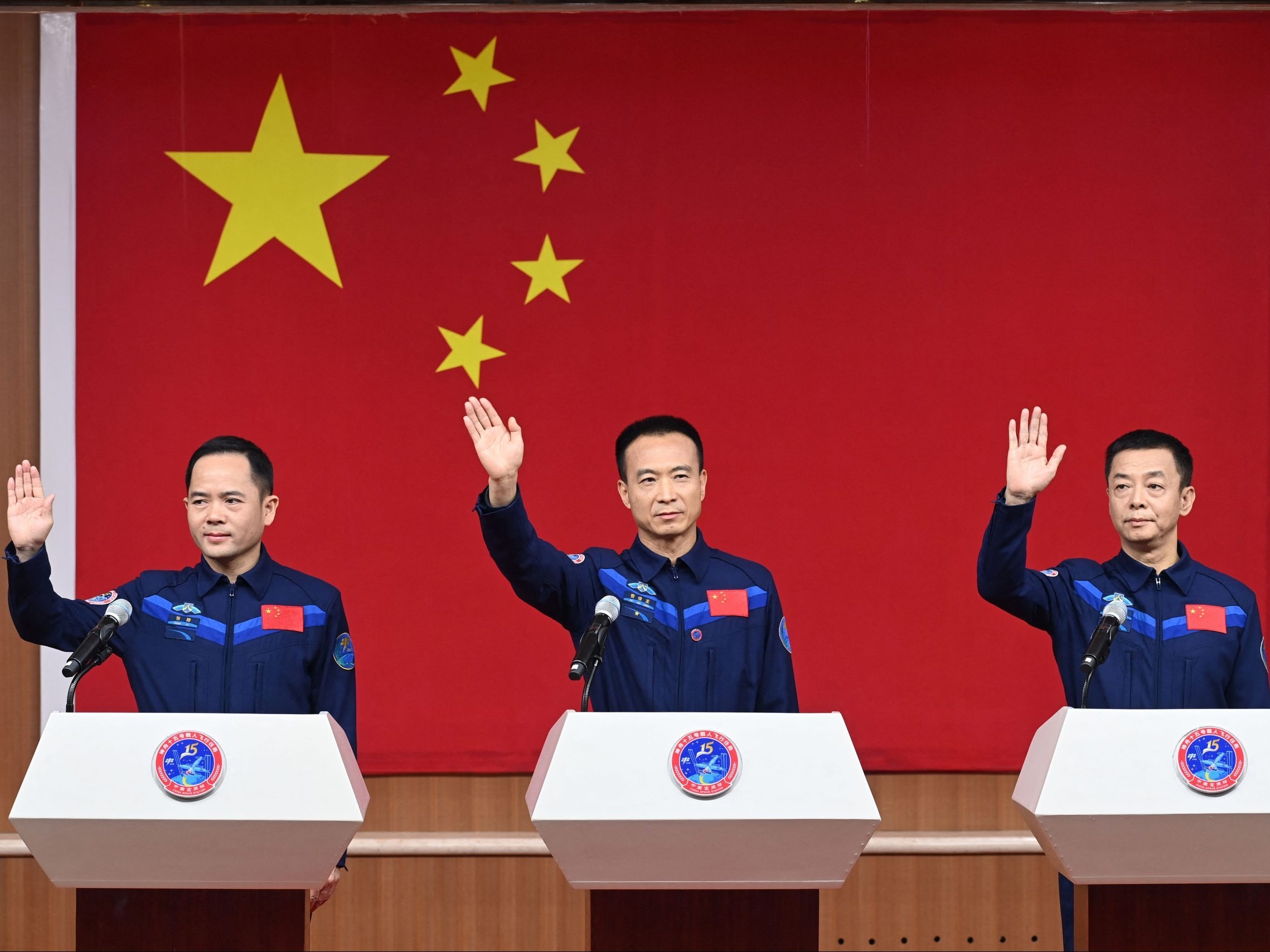 It will take nearly five months for the lander and its experiments to reach the moon.


The company ispace designed its craft to use minimal fuel to save money and leave more room for cargo. So it’s taking a slow, low-energy path to the moon, flying 1.6 million kilometres from Earth before looping back and intersecting with the moon by the end of April.

The ispace lander will aim for Atlas crater in the northeastern section of the moon’s near side, more than 87 kilometres across and just over 2 kilometres deep. With its four legs extended, the lander is more than 7 feet (2.3 metres) tall.

With a science satellite already around Mars, the UAE wants to explore the moon, too. Its rover, named Rashid after Dubai’s royal family, weighs just 22 pounds (10 kilograms) and will operate on the surface for about 10 days, like everything else on the mission.

Emirates project manager Hamad AlMarzooqi said landing on an unexplored part of the moon will yield “novel and highly valued” scientific data. In addition, the lunar surface is “an ideal platform” to test new tech that can be used for eventual human expeditions to Mars.

Plus there’s national pride — the rover represents “a pioneering national endeavor in the space sector and a historic moment that, if successful, will be the first Emirati and Arab mission to land on the surface of the moon,” he said in a statement following liftoff.

In addition, the lander is carrying an orange-sized sphere from the Japanese Space Agency that will transform into a wheeled robot on the moon. Also flying: a solid state battery from a Japanese-based spark plug company; an Ottawa, Ontario, company’s flight computer with artificial intelligence for identifying geologic features seen by the UAE rover; and 360-degree cameras from a Toronto-area company.

Hitching a ride on the rocket was a small NASA laser experiment that is now bound for the moon on its own to hunt for ice in the permanently shadowed craters of the lunar south pole.

The ispace mission is called Hakuto, Japanese for white rabbit. In Asian folklore, a white rabbit is said to live on the moon. A second lunar landing by the private company is planned for 2024 and a third in 2025.

Article content
Founded in 2010, ispace was among the finalists in the Google Lunar XPRIZE competition requiring a successful landing on the moon by 2018. The lunar rover built by ispace never launched.

Another finalist, an Israeli nonprofit called SpaceIL, managed to reach the moon in 2019. But instead of landing gently, the spacecraft Beresheet slammed into the moon and was destroyed.

With Sunday’s predawn launch from the Cape Canaveral Space Force Station, ispace is now on its way to becoming one of the first private entities to attempt a moon landing. Although not launching until early next year, lunar landers built by Pittsburgh’s Astrobotic Technology and Houston’s Intuitive Machines may beat ispace to the moon thanks to shorter cruise times.

Only Russia, the U.S. and China have achieved so-called “soft landings” on the moon, beginning with the former Soviet Union’s Luna 9 in 1966. And only the U.S. has put astronauts on the lunar surface: 12 men over six landings.

“This is the dawn of the lunar economy,” Hakamada noted in the SpaceX launch webcast. “Let’s go to the moon.”

Liftoff should have occurred two weeks ago, but was delayed by SpaceX for extra rocket checks.

Eight minutes after launch, the recycled first-stage booster landed back at Cape Canaveral under a near full moon, the double sonic booms echoing through the night.

— The Associated Press Health and Science Department receives support from the Howard Hughes Medical Institute’s Science and Educational Media Group. The AP is solely responsible for all content. 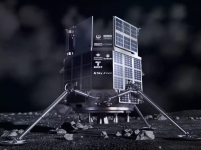 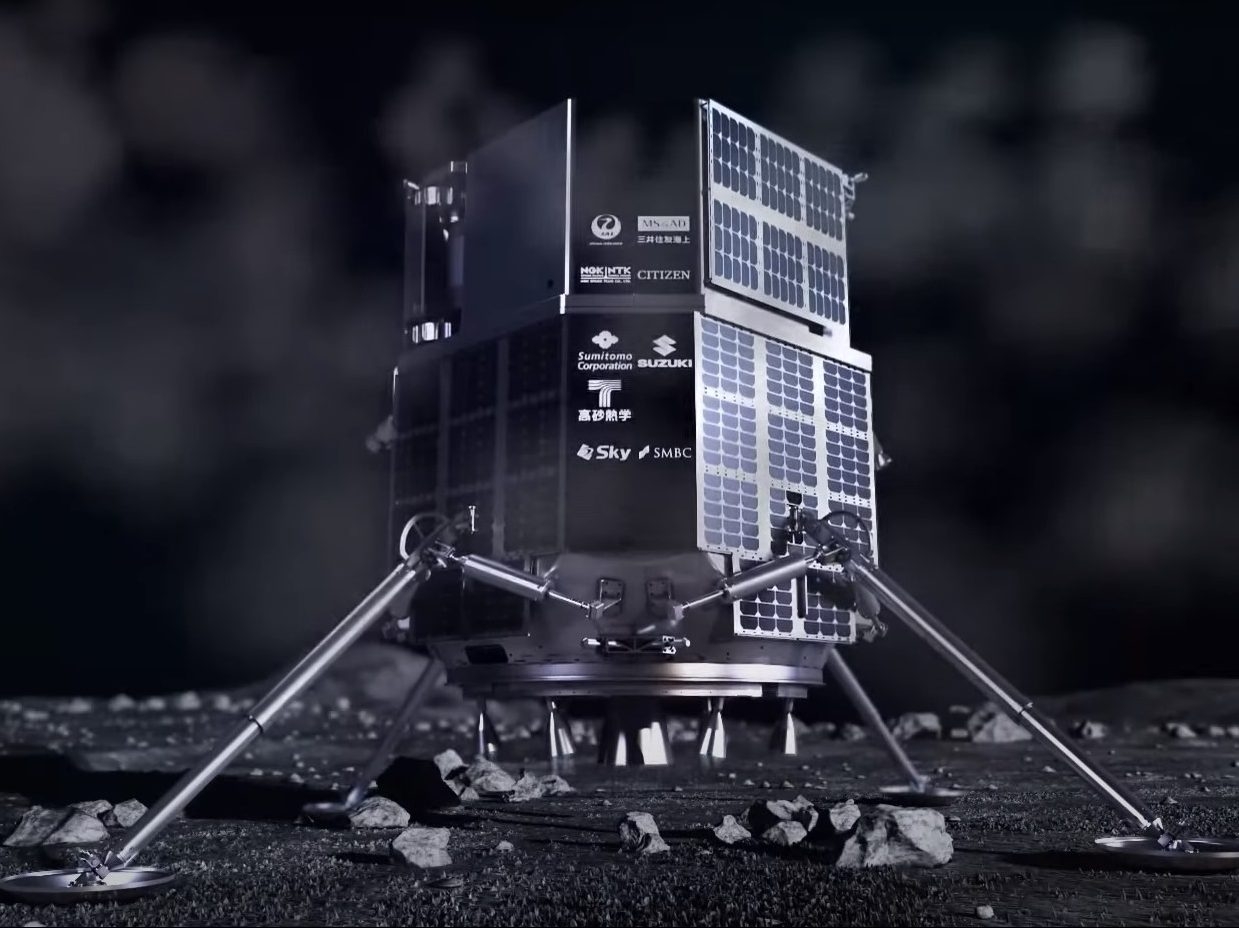 A Tokyo company aimed for the moon with its own private lander Sunday.