Canadian military wants to establish new organization to use propaganda, other techniques to influence Canadians

Canadian military wants to establish new organization to use propaganda, other techniques to influence Canadians​ 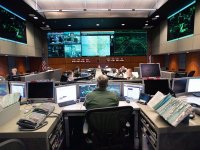 So, first off we should ask why the Canadian military needs to suddenly break a long standing tradition to start influencing Canadians and what the fuck is a militarized public affairs office? As a veteran and having served for decades, I can attest to the fact that there is a military culture that precludes actions like this and except for some self serving Senior Officers in Ottawa the military has an ingrained sense of political and military separation. So, given the type of actions that are being carried out and the potential winner from them it's likely a safe guess that the Liberal sycophant General Vance didn't think this one up on his own especially since it sounds more like something that would come down the pipe as an edict from the mount.

And, despite the Defense Ministers claims to that this policy hasn't been signed off on yet the fact remains that the military has and is using these techniques on various segments of Canadian society. They're also likely continuing to use them with the MND's tacit approval since he could very easily have stopped them as soon as he heard about it. Unless of course he's one of the architects of the policy which would mean along with his other mistruths he's also lying about these nefarious actions by his subordinates being authorized.

In a democracy, even one run by as big an admirer of Communist China as our current leader, the gov't should never use it's military to influence, coerce of intimidate their own citizens into doing the militaries or the gov'ts bidding. The only time a Gov't can legally use the military against it's own citizens is when the "war measures act" is invoked and there has to be a good reason to do so. So, after reading the article this appears to be just another blatant attempt keep a certain person in power and if they get away with it we're all in big trouble.

Using the military as a gov't propaganda wing "to influence" Canadians smacks of George Orwell's 1984 or that other 1930's regime and is terrifying to say the least because, these actions are obviously designed with a specific goal in mind and that goal likely isn't going to make Canada a more democratic or freer country.

Canadian military wants to establish new organization to use propaganda, other techniques to influence Canadians

“The motto ‘who dares, wins’ is as applicable to strategic communication as it is to warfare.”

Trump maybe right and we never see another Conservative Gov. again if we don't stand up to the cheating bastards today
Reactions: Mowich, B00Mer, Dixie Cup and 2 others

Trudeau already went to the military psyops crew months ago but was turned down. That doesnt mean he hasn't hired psyops consultants.

Wear your mask or you'll get pregnant.
Last edited: Nov 22, 2020
Reactions: Twin_Moose and B00Mer
You must log in or register to reply here.
Top Bottom