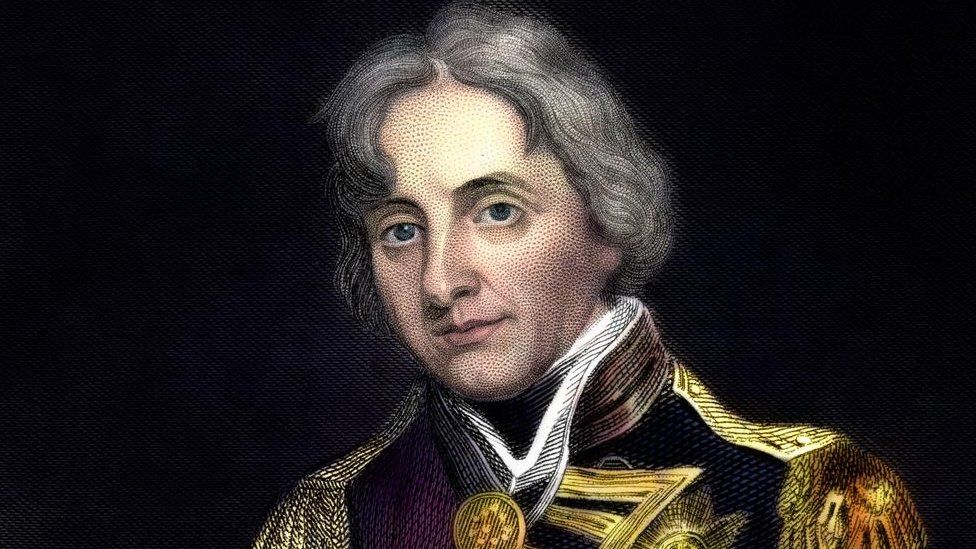 A brooch containing a lock of Lord Nelson's hair, given to an officer who fought alongside him, has sold for £9,000 at auction.

It had been in the "continuous ownership" of descendants of William Waldegrave, 1st Baron Radstock.

He served with the Norfolk-born Royal Navy hero at the Battle of Cape St Vincent on 14 February 1797. 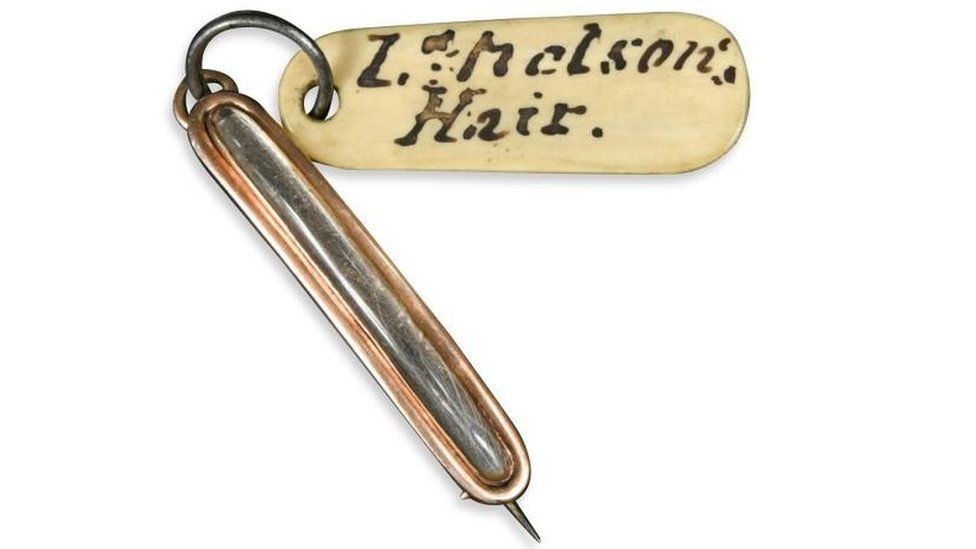 Admiral Horatio Lord Nelson (1758-1805) was famed for leading the British to victory over the French during the Napoleonic Wars, including the Battle of Trafalgar, where he was killed in action.

William Waldegrave entered the Royal Navy in 1766, aged 13, and was third in command beneath Nelson at the Battle of Cape St Vincent.

A memorial snuff box, inset with a silvered metal portrait medallion of Nelson, sold for £750. 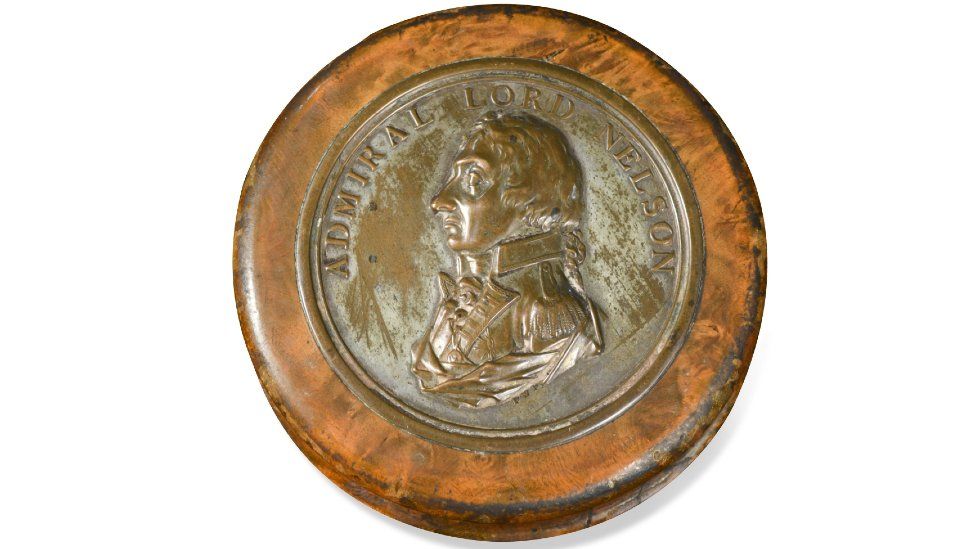 Nicolas Martineau, director at Cheffins Fine Art Auctioneers, said the 1797 battle, off the south-west tip of Portugal, showed Nelson as a "brilliant if not reckless tactician".

"It was these examples of daring and bravery that went on to make him the most celebrated figure in British naval history," he said. 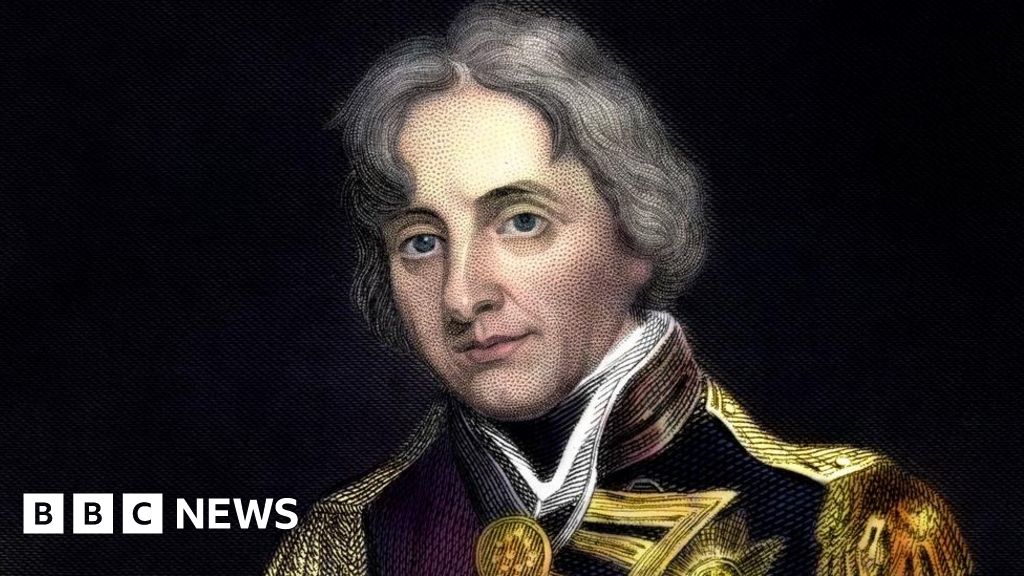 A brooch containing a lock of Lord Nelson's hair, given to an officer who fought alongside him….is/was that normal or traditional at that time?

Its his pubic hair.

Ron in Regina said:
A brooch containing a lock of Lord Nelson's hair, given to an officer who fought alongside him….is/was that normal or traditional at that time?

petros said:
Its his pubic hair.
Click to expand...

OK, it just got a lot more creepy. Again, was this a normal or traditional practice at that point in British history?
Reactions: petros

Exchanging locks of hair began to become popular in 16th-century France and England, and was a somewhat-common upper-class affectation for a couple of centuries.Jul 25, 2014
https://the-toast.net › 2014/07/25

Ron in Regina said:
OK, it just got a lot more creepy. Again, was this a normal or traditional practice at that point in British history?
Click to expand...

It was once customary for the British to give small locks of their hair, when alive or dead, to loved ones and close friends as tokens.

This is not the only lock of Nelson's hair. His pigtail, which he intended to give to his mistress Lady Hamilton - with whom he had a daughter called Horatia - also survives... 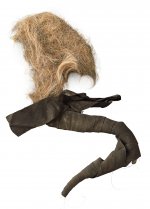 Nelson's pigtail (or queue), on permanent exhibition at the Maritime Museum, Greenwich, was cut off after his death at the Battle of Trafalgar 21 October 1805.

It was Nelson's dying wish that this lock of hair should be delivered to Lady Emma Hamilton and that the British government would see that Emma and their child would be looked after in a manner fit for their station in life. Sadly for Emma and Horatia, the government would offer no support and Emma would run up truly huge debts after Nelson's death. Eventually, she ended up in prison for debt and died shortly afterwards.

The pigtail at Greenwich shows his sandy-coloured hair, bound with black ribbon, which is tied in a bow. Surgeon William Beatty records in his 'Narrative of the Death of Lord Nelson' that Nelson asked that Lady Hamilton should have his hair. Small locks of hair were given to relations and close friends, and some pieces were mounted in special mourning rings and lockets.

West Milton referred to on the hand-written note is a village located in West Dorset relatively close to the Hardy family estate in Portersham.

Emma Hamilton, Nelson's mistress, was born in 1765 not far from Liverpool and died in 1815 in Calais after taking copious amounts of alcohol and laudanum.

Emma was known at the time for being a remarkable beauty. She had long auburn hair and her peaches-and-cream complexion was described as a "velvet skin of lilies and roses".

In 1791, at the age of 26, she married Sir William Hamilton, British ambassador to the Kingdom of Naples, where she was a success at court, befriending the queen, the sister of Marie Antoinette... and meeting Nelson. 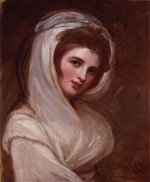 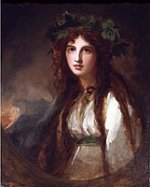 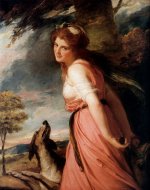 A photograph of Horatia, Nelson and Emma's daughter... 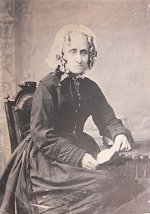 And what a cuck Sir William Hamilton was!

He was such an admirer of Nelson after his escapades against the French - escapades which led to Nelson losing an arm, most of his teeth and developing a bad cough - that he tolerated his wife Emma falling in love with and having an affair (and a daughter) with Nelson.

So much so that when the Prince of Wales - the future King George IV - fell in love with her Hamilton wrote a letter to Nelson to assure him that Emma was being faithful to Nelson.
You must log in or register to reply here.
Top Bottom