Yep I don't think they found Chauvin guilty that quick

Then again word could have been leaked to them that appeals court would let them off the hook with a guilty verdict
Last edited: Apr 20, 2021

Found guilty of all SJW charges

...and thanks to Maxine Waters appealed.

Jury was scared for there lives they didn't wanna deal with it fucked up
Reactions: Twin_Moose

Now we can go forward with the George Floyd law

Thankyou George Floyd for sacrificing your life for justice

B00Mer said:
...and thanks to Maxine Waters appealed.

Jury was scared for there lives they didn't wanna deal with it fucked up
Click to expand...

Be interesting to see what happens whether a deal was struck, no surprise on Chauvin face after the verdict was announced

Way too many releases like this one, coming out this quick without them knowing the outcome beforehand 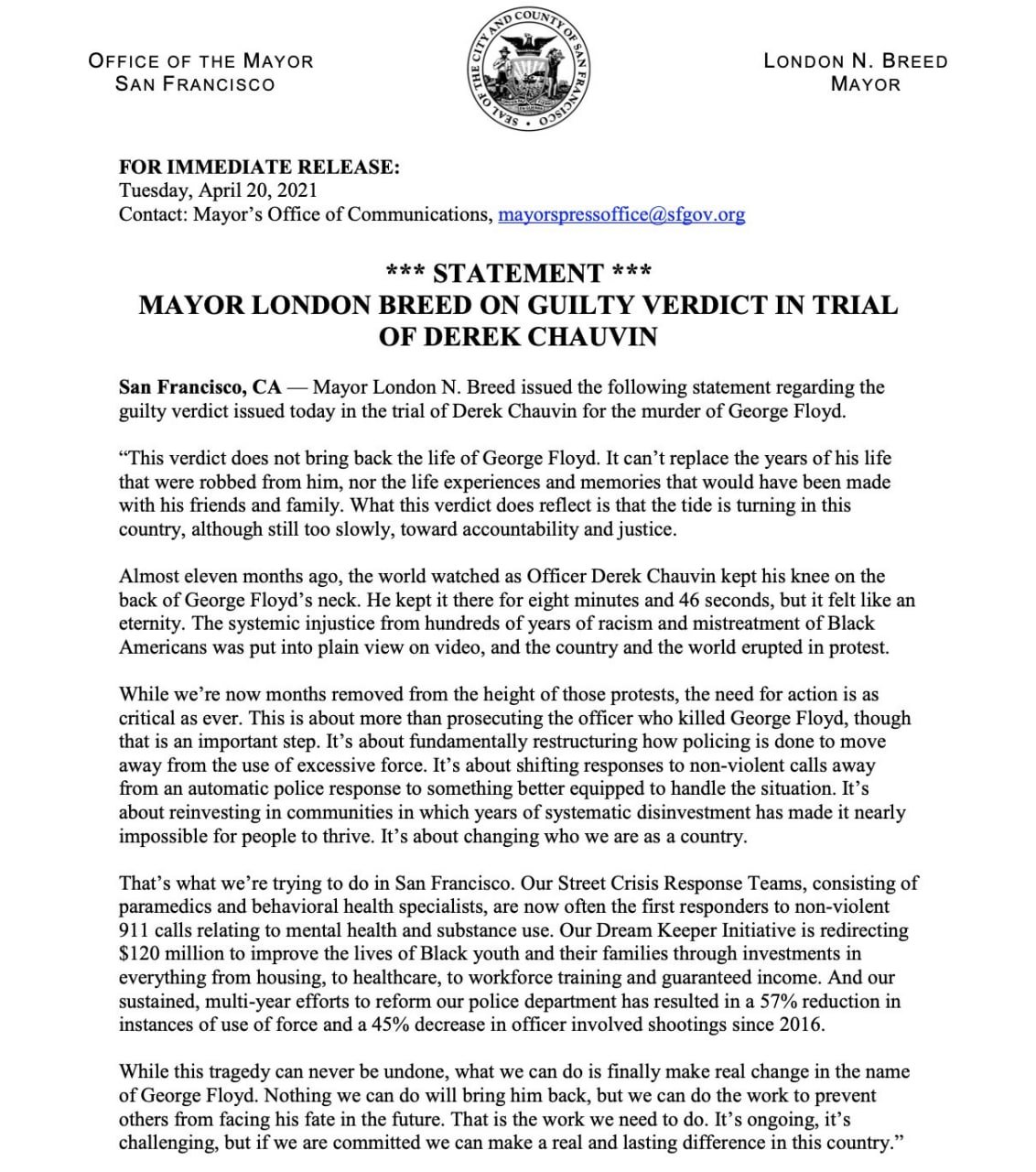 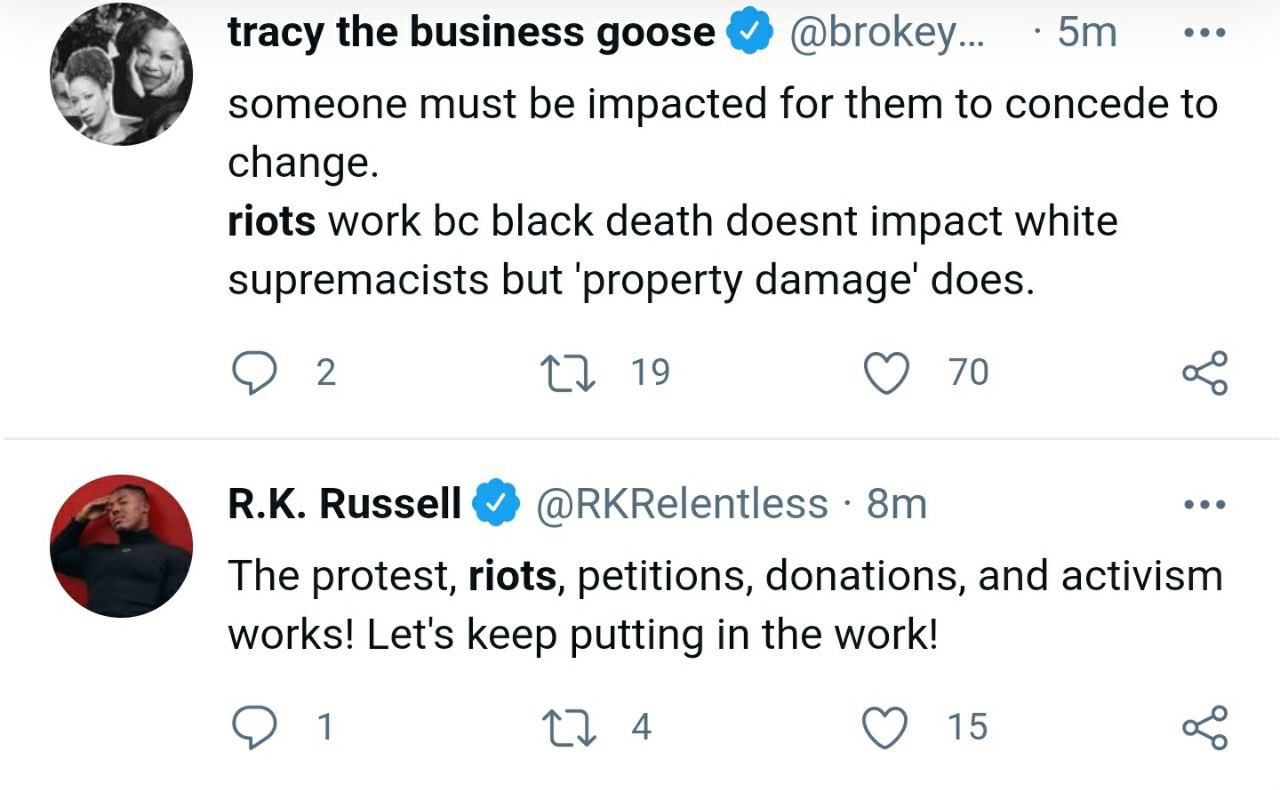 The 12-member jury found Chauvin, 45, guilty of all charges including second-degree murder, third-degree murder and manslaughter after considering three weeks of testimony from 45 witnesses, including bystanders, police officials and medical experts. Deliberations began on Monday and lasted just over 10 hours.


In a confrontation captured on video, Chauvin, who is white, pushed his knee into the neck of Floyd, a 46-year-old Black man in handcuffs, for more than nine minutes on May 25, 2020, as he and three fellow officers arrested Floyd, who was accused of using a fake $20 bill to buy cigarettes at a grocery store.

Chauvin, wearing a gray suit with a blue tie and white shirt as well as a light-blue pandemic-related face mask, nodded and stood quickly when the judge ruled that his bail was revoked after the verdict was read.

This advertisement has not loaded yet, but your article continues below.
Article content
He was taken out of the courtroom in handcuffs and placed in the custody of the Hennepin County Sheriff.

Outside the courthouse, a crowd of several hundred people erupted in cheers when the verdict was announced. Cars honked and chants of “George Floyd” and “All three counts” broke out.

“I was hoping that we would get justice and it looks like we did,” he said. “I’m just very proud of where I live right now.”


At George Floyd square in Minneapolis, the intersection where Floyd was killed and is now named after him, people screamed, applauded and some threw dollar bills in the air in celebration. The site has since become a rallying point for racial justice protests.

“Justice for Black America is justice for all of America,” the Floyd family’s attorney Benjamin Crump said in a statement. “This case is a turning point in American history for accountability of law enforcement and sends a clear message we hope is heard clearly in every city and every state.”

While the U.S. criminal justice system and juries have long given leeway and some legal protection to police officers who use violence to subdue civilians, the jurors in this case found that Chauvin had crossed the line and used excessive force.

This advertisement has not loaded yet, but your article continues below.
Article content
Under Minnesota sentencing guidelines, Chauvin faces 12-1/2 years in prison for his murder conviction as a first-time criminal offender. Prosecutors could, however, seek a longer sentence up to the maximum of 40 years if Hennepin County District Judge Peter Cahill, who presided over the trial, determines that there were “aggravating factors.”

In Minnesota, convicted criminals generally leave prison on supervised release after completing two thirds of their sentence. Chauvin had no previous criminal convictions.

Earlier on Tuesday, U.S. President Joe Biden said he had spoken by phone with members of Floyd’s family.

“They’re a good family, and they’re calling for peace and tranquility, no matter what that verdict is. I’m praying the verdict is the right verdict, which is – I think it’s overwhelming in my view. I wouldn’t say that unless the jury was sequestered now, (would) not hear me say that,” Biden told reporters at the White House.


The intersection of race and law enforcement has long been contentious in the United States, underscored by a series of deadly incidents involving white police officers and Black people in a number of American cities in recent years.

Floyd’s death prompted protests against racism and police brutality in many cities in the United States and around the world last year.

This advertisement has not loaded yet, but your article continues below.
Article content
The Minneapolis Police Department fired Chauvin and three other officers the day after Floyd’s arrest. The three others are due to face trial later this year on aiding-and-abetting charges in Floyd’s death.

A cardiologist, a pulmonologist, a toxicologist and a forensic pathologist were medical experts called by prosecutors to testify that videos and autopsy results confirmed that Chauvin killed Floyd by compressing his body into the street in a way that starved him of oxygen.

The defence argued that Chauvin behaved as any “reasonable police officer” would have under these circumstances, and sought to raise doubts about the cause of Floyd’s death, saying heart disease or even the exhaust fumes from the nearby police car may have been factors.

Darnella Frazier, a teenager who told the jury she was taking her 9-year-old cousin to the Cup Foods grocery store that evening to get snacks, was among the witnesses called by prosecutors after jurors began hearing testimony on March 29.

Frazier had used her cellphone to make a video depicting Floyd’s excruciating ordeal, images that catalyzed the subsequent protests. Floyd can be heard on the video crying out for his mother and telling officers he could not breathe. Eventually Chauvin lifted his knee to allow paramedics to place Floyd’s limp body onto a stretcher.

This advertisement has not loaded yet, but your article continues below.
Article content
Other eyewitnesses described the horror and lingering trauma of watching Floyd die in front of them. Courteney Ross, Floyd’s girlfriend of nearly three years, recalled their first kiss and their shared struggle with opioid addiction.

Minneapolis Police Chief Medaria Arradondo appeared as a prosecution witness to testify that Chauvin’s actions during the arrest represented an egregious breach of his training.

Throughout the trial, Chauvin wore a suit and took notes on yellow legal pads while sitting alongside defence attorney Eric Nelson. Members of Floyd’s family took turns attending the trial, though some tried to avert their gaze when video of Floyd’s death, recorded from multiple angles, was replayed to jurors.

The judge ordered the jurors to be sequestered after they began deliberations. 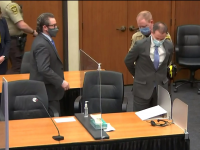 Two folks I'd like to break out of jail and place outside the US law enforcement right now.. just to say.. Fuck You to the USA. 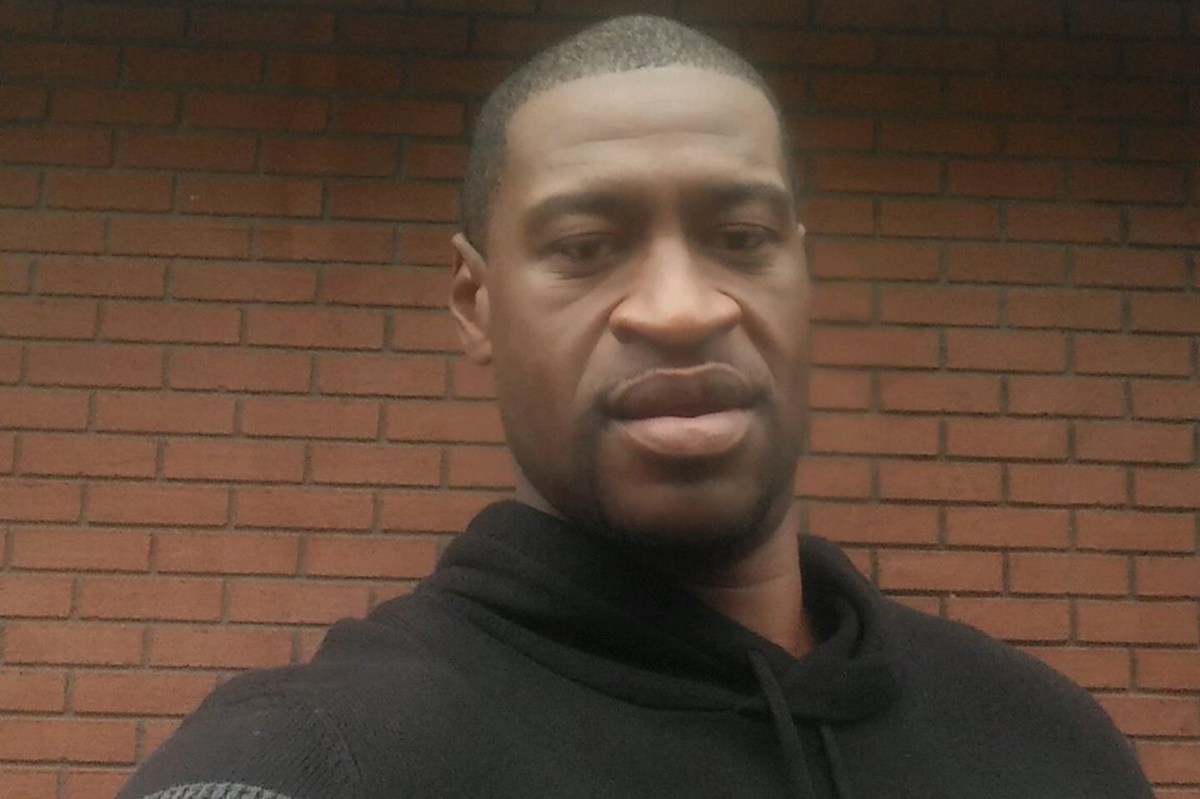 not shedding any tears for him.

Then again word could have been leaked to them that appeals court would let them off the hook with a guilty verdict
Click to expand...

from what the experts were saying a quick verdict is usually a sign that the persecution has won.

spaminator said:
from what the experts were saying a quick verdict is usually a sign that the persecution has won.

Not sure why anyone cares.. this isn't about policing or race.

This was an open hit.. Floyd a druggie stole drugs and cash from the Sinaloa Cartel and some of the cash was counterfeit pushed through the club. When Floyd used the counterfeit money, Chauvin new the jig was up.

Derek Chauvin had ties to the Russian mod.

Now I will make my case in front of the jury..

Derek Chauvin. Chauvin, an 18-year veteran of the Minneapolis Police Department ... He listed that he can speak, read and write Russian. He was fired from MPD in the aftermath of Floyd’s death.
Click to expand...

The El Neuvo Rodeo night club where Chauvin and Floyd worked as bouncers, is said to be tied to the Sinaloa Cartel drug trafficking organization, which is in turn is said to use Latino advocacy movements such as La Raza as a cover.
Click to expand...

Derek Chauvin and Floyd worked security at the El Nuevo Rodeo club, down the street from Minneapolis' Third Precinct, according to Maya Santamaria, the club's former owner who sold the venue within..
Click to expand...

its george floyds fault that his neck got in the way of the officers knee.
Reactions: B00Mer

spaminator said:
its george floyds fault that his neck got in the way of the officers knee.
Click to expand...

Twin_Moose said:
Way too many releases like this one, coming out this quick without them knowing the outcome beforehand

It's probably like the Superbowl T-shirts -- they make a speech for each verdict and release the appropriate one.
Reactions: Twin_Moose, petros and B00Mer
You must log in or register to reply here.
Top Bottom