What makes the majority accept tyranny of the few?

This is an English translation of Etienne's French work from 1576 about how a very few elite can enslave masses of people/nations.
Keep in mind when reading that Etienne was a member of the elite, so he is speaking from his power position and seeking an answer to his curiosities (see first quote below).
The application of the singular master or the few masters can also be applied today to corporations as well as people.

For the present I should like merely to understand how it happens that so many men,so many villages, so many cities, so many nations, sometimes suffer under a single tyrant who has no other power than the power they give him; who is able to harm them only to the extent to which they have the willingness to bear with him; who could do them absolutely no injury unless they preferred to put up with him rather than contradict him
Click to expand...

Below should be etched upon our hearts should the current 'clique' attain their hegemony, without hope we are without strength.

Therefore, when a nation is constrained by the fortune of war to serve a single clique, as happened when the city of Athens served the thirty Tyrants, one should not be amazed that the nation obeys, but simply be grieved by the situation; or rather, instead of being amazed or saddened,consider patiently the evil and look forward hopefully toward a happier future.
Click to expand...

450 years later Etienne accurately calls out the weak betas seeking to rule over us today (Gates/Musk/Tam/Trudeau/etc.),
and laments what weakness we must have for allowing this to be done to us.

But O good Lord! What strange phenomenon is this? What name shall we give to it?What is the nature of this misfortune? What vice is it, or, rather, what degradation? To see an endless multitude of people not merely obeying, but driven to servility? Not ruled, but tyrannized over? They suffer plundering,wantonness, cruelty, not from an army, not from a barbarian horde, on account of whom they must shed their blood and sacrifice their lives, but from a single man; not from a Hercules nor from a Samson, but from a single little man. Too frequently this same little man is the most cowardly and effeminate in the nation, a stranger to the powder of battle and hesitant on the sands of the tournament; not only without energy to direct men by force, but with hardly enough virility to bed with a common woman!
Click to expand...

Who could believe one year ago we would not even let a out whimper at the abolition of our basic human rights and destroyed individual finances/businesses and the greater economy for a disease that mainly affects elderly with 2.6 commodities in long term care with an average mortality age matching the average life expectancy of Canadians.

It amazes us to hear accounts of the valor that liberty arouses in the hearts of those who defend it; but who could believe reports of what goes on every day among the inhabitants of some countries, who could really believe that one man alone may mistreat a hundred thousand and deprive them of their liberty?
Click to expand...

Poor, wretched, and stupid peoples, nations determined on your own misfortune and blind to your own good! You let yourselves be deprived before your own eyes of the best part of your revenues; your fields are plundered, your homes robbed, your family heirlooms taken away. You live in such a way that you cannot claim a single thing as your own; and it would seem that you consider yourselves lucky to be loaned your property, your families, and your very lives.
Click to expand...

There is still time before the chains we now accept become too heavy to extricate ourselves from.

...but an enslaved people loses in addition to this warlike courage, all signs of enthusiasm, for their hearts are degraded, submissive, and incapable of any great deed. Tyrants are well aware of this, and, in order to degrade their subjects further,encourage them to assume this attitude and make it instinctive
Click to expand...

From all these indignities, such as the very beasts of the field would not endure, you can deliver yourselves if you try, not by taking action, but merely by willing to be free. Resolve to serve no more, and you are at once freed. I do not ask that you place hands upon the tyrant to topple him over, but simply that you support him no longer; then you will behold him, like a great Colossus whose pedestal has been pulled away, fall of his own weight and break in pieces.
Click to expand...

That is enough for now, it is worth a read to understand that liberty is well worth defending,
and if that does not make sense to anyone then you should read it to realize something very dear has been kept or taken from you.

These are in fact the men who, possessed of clear minds and far-sighted spirit, are not satisfied, like the brutish mass, to see only what is at their feet, but rather look about them, behind and before, and even recall the things of the past in order to judge those of the future, and compare both with their present condition. These are the ones who, having good minds of their own, have further trained them by study and learning. Even if liberty had entirely perished from the earth, such men would invent it. For them slavery has no satisfactions, no matter how well disguised.
Click to expand... 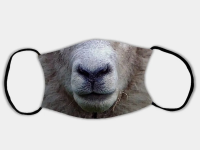 That's a cool mask you wear..

I wonder why the few think their wants over ride the needs of the many?
Reactions: B00Mer
B

Aetheric said:
Who could believe one year ago we would not even let a out whimper at the abolition of our basic human rights and destroyed individual finances/businesses and the greater economy for a disease that mainly affects elderly with 2.6 commodities in long term care with an average mortality age matching the average life expectancy of Canadians.
Click to expand...

Good post. Didn't really destroy individual finances to be honest. It was a bountiful year at both ends helped by CERB. Public sector didn't lose a beat.

Sometimes it is hard to identify the little man pulling the strings. I highly doubt it is the prime minister.

One man shouts out the truth and four others say he is lying. There is no motivation to rise above and beyond when the easy road to success is to go with the flow. Why bother the risk?

The allurements of fortune blur the path forward to an extent. Greed takes it from there. Maybe that is why inner peace is an individual thing. It is not possible in a macro environment.
You must log in or register to reply here.
Top Bottom