The King to gift £250 million to his country 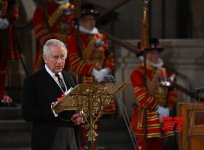 The King has given up the chance to benefit from a £1billion-a-year windfall from a major expansion of green energy for the "wider public good."​

He has asked the Government to change the way the monarchy is funded to ensure that the extra revenue from six new offshore wind farm projects, which could bring him an extra £250million annually and almost quadruple his current income from the taxpayer, is used for the nation’s benefit instead.

Royal sources stressed that the King, as he made clear in his Christmas broadcast, was mindful of the cost-of-living crisis facing the country in making the move.

The new wind farm projects agreed upon today, three in the North Sea off the Yorkshire and Lincolnshire coast and three off North Wales, Cumbria, and Lancashire, will provide a major boost to Britain’s efforts to reach net zero greenhouse gas emissions by 2050. 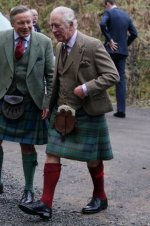 The King during his visit to Aboyne, Aberdeenshire, last week

Historian and Royal Broadcaster Rafe Heydel-Mankoo appeared on GB News to discuss reports that King Charles will be donating hundreds of millions of pounds a year -- billions of pounds per decade -- to the British people, as he refuses to accept his share of profits from the Crown Estate's £1 billion wind farm windfall.

Rafe also discusses the on-going damage from Prince Harry's memoir "Spare", as security experts warn of increased threats to Britain, most notably around the Coronation on 6th May and the Iranian Government dismisses the British Government's human rights protest by calling Harry a war criminal.