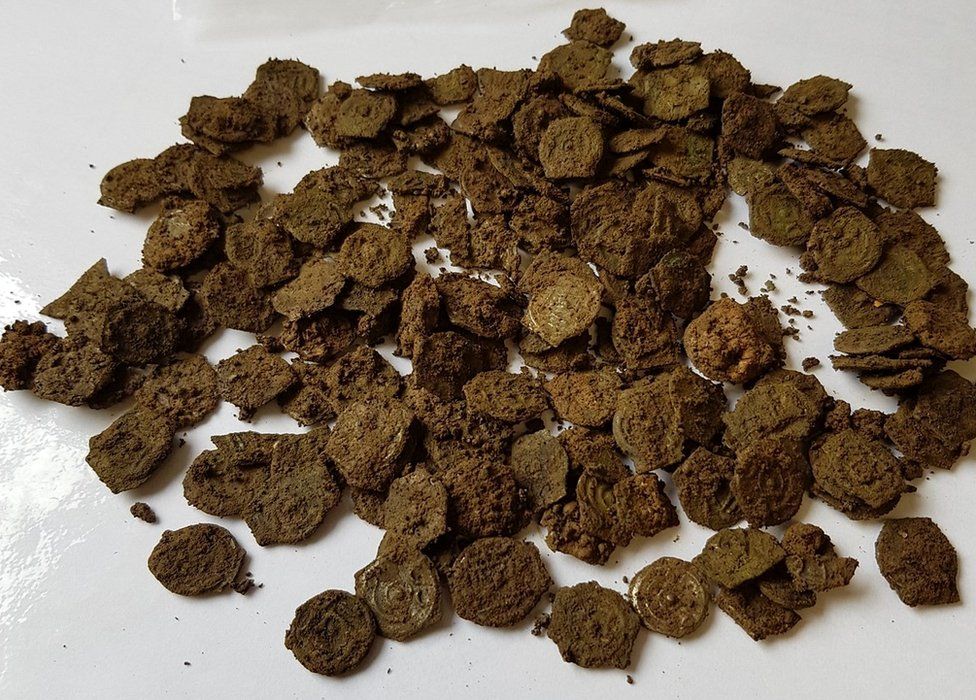 The coins, or potins, have become known as the Hillingdon Hoard after where they were discovered

Hundreds of rare Iron Age coins have been discovered during a dig on the HS2 route in west London.

The hoard of 300 potins, which are an early version of a coin, were found in Hillingdon, following a storm which helped reveal their position.

Archaeologists have dated them to the 1st century BC, at a time when the Romans were beginning to establish themselves in Britain.

The discovery has been described as a "once-in-a-lifetime find".

Each of the potins are about 3cm (1.2 in) in diameter and are based on coins struck in Marseille, France, about 2,175 years ago.

On one side they show a stylised image of the head of Greek god Apollo, while a charging bull is on the other. 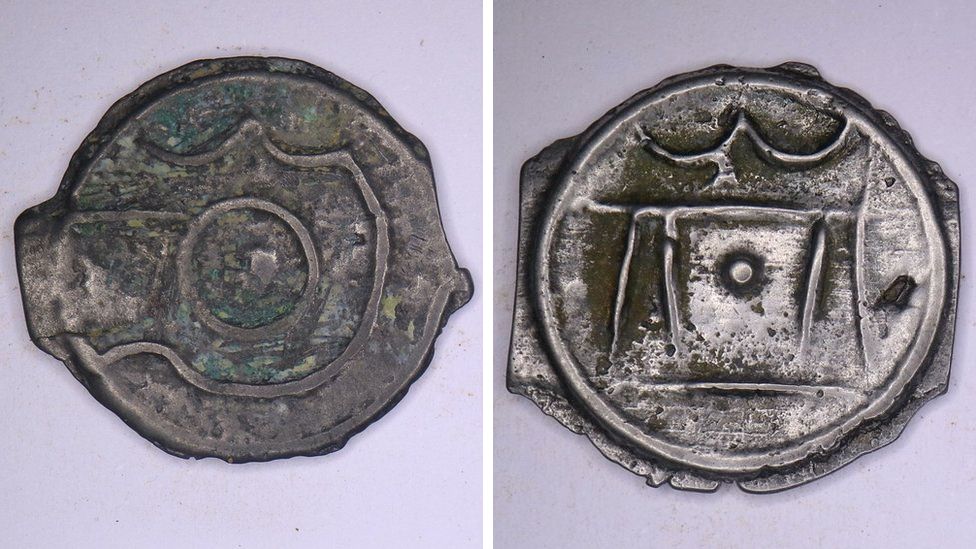 The left-facing head of Apollo is on one side (l), while a bull charging right on the other (r)

Emma Tetlow, historic environment lead for HS2's main contractors Skanska, Costain and Strabag, explained how her team had been "coming to the end of our archaeological work... when we found a patch of soil that was a very different colour" following a storm which had altered the ground conditions.

"The patch of soil was dark greeny-blue, which suggests oxidised metal, and when we checked more closely, we could see loosely packed metal discs."

She described the discovery as "a once-in-a-lifetime find". 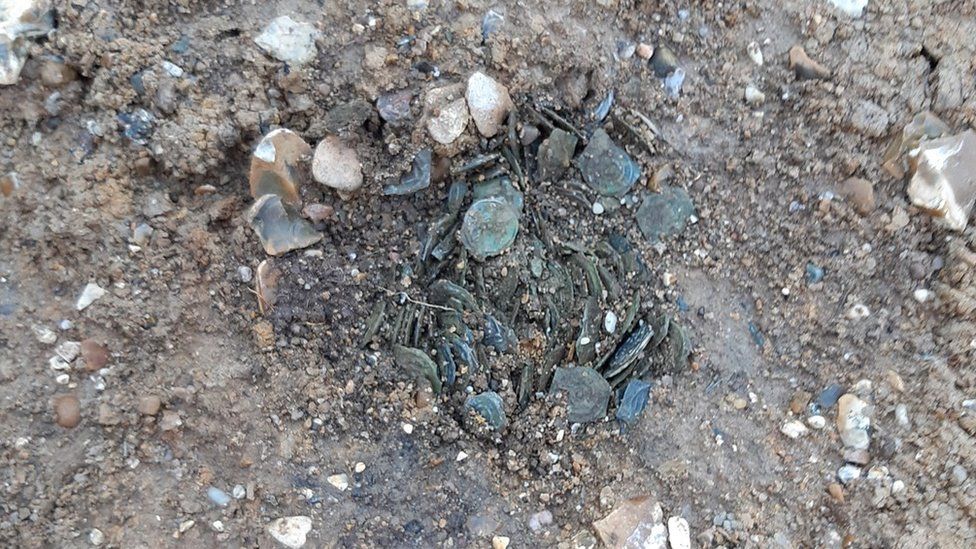 The potins, which have been named the "Hillingdon Hoard", were taken to Birmingham Museum and Art Gallery to be cleaned and preserved so specialists to investigate them further.

Coins were not thought to have been used for the exchange of goods and service at the time and archaeologists believe the hoard may have been used to mark the boundary of a property or was an offering to the gods.

Hoards are also thought to have been buried in isolated locations as emergency savings for times of crisis. 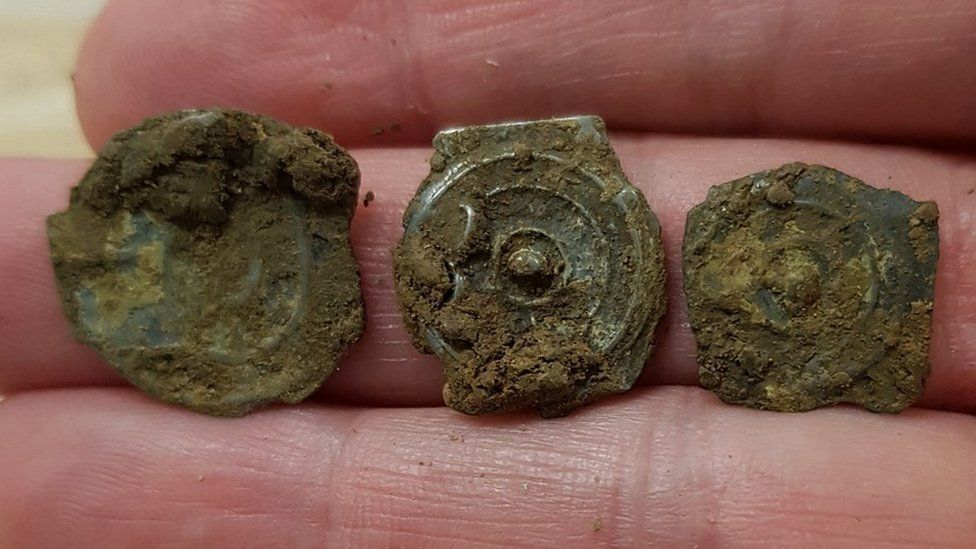 Potins like these from the late Iron Age like have been found previously but in much smaller quantities meaning this find is considered very significant.

The value of the hoard has yet to be determined and a coroner is to decide whether they can be considered "treasure", meaning they can be acquired by a museum.

Helen Wass, HS2's head of heritage, said the discovery "provides us with more information about how our ancestors lived and settled in London". 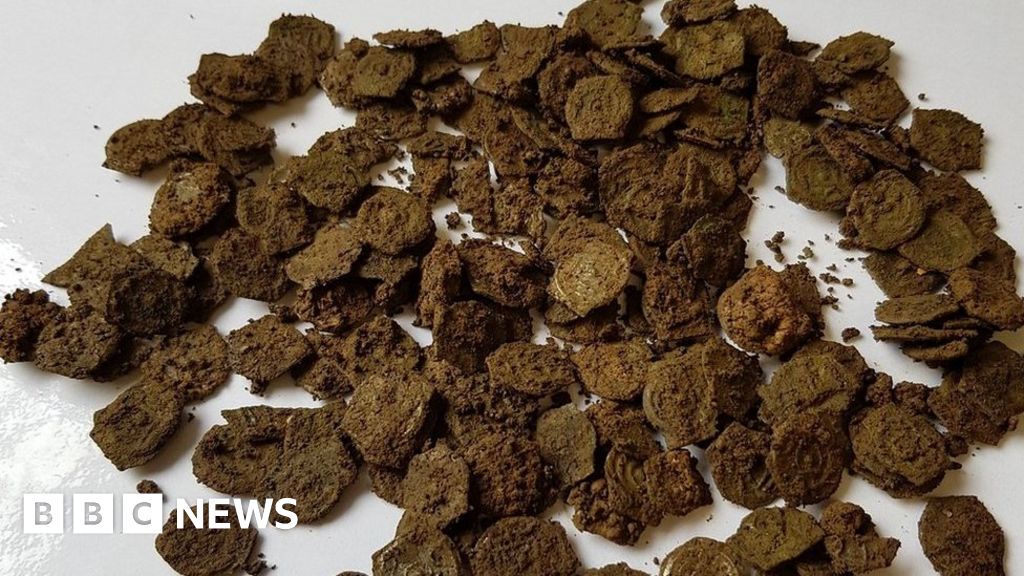 A storm helped archaeologists discover 300 rare coins during a dig on the HS2 route in west London.
www.bbc.co.uk