Patrick Stewart on new season of 'Star Trek: Picard', reuniting with Q and going to new places with Jean-Luc

Patrick Stewart on new season of 'Star Trek: Picard', reuniting with Q and going to new places with Jean-Luc
'There’s never not a right time to bring back Q'

Article content
Still, it came as a surprise to Sir Patrick Stewart when he agreed to return to his role as the much-loved starship captain Jean-Luc Picard in a spinoff series several years back.

“I was done with it,” he says matter-of-factly in an interview.

After his last appearance as the character in the 2002 film Star Trek: Nemesis, Stewart, who played Picard during seven seasons of Star Trek: The Next Generation from 1987-1994 and in four films, had resisted calls for him to return to the part.

But he hesitantly agreed to meet with creator Alex Kurtzman, who has been behind the successful relaunch of the Star Trek brand on the big and small screen, and was intrigued with his idea for a new storyline that found the retired Starfleet captain, living ignobly at his French vineyard and wracked with guilt over his failure to save Romulus from an exploding supernova (an event that was depicted in J.J. Abrams’ 2009 Star Trek film).

Article content
In Star Trek: Picard’s first season, Jean-Luc was drawn out of retirement after a mysterious young girl (played by Isa Briones) comes to him asking for help when she finds herself the target of Romulan assassins on Earth.

Sir Patrick Stewart as Jean-Luc Picard
Sir Patrick Stewart as Jean-Luc Picard PHOTO BY TRAE PATTON /Paramount+
That storyline was a springboard that saw the return of other fan favourite Trek characters, including Jeri Ryan’s Seven of Nine, Jonathan Frakes’ Will Riker, Marina Sirtis’ Deanna Troi and Brent Spiner’s Commander Data. It also helped the Olivier Award winner see the hero in a new light. “I’ve enjoyed it so much,” Stewart says, noting how the series took a cue from Logan, the X-Men spinoff that took his Professor X and Hugh Jackman’s Wolverine in a decidedly more grown-up direction.

Article content
In Season 2, Picard is once again summoned away from his vineyard in France after a message from deep space is picked up by a Starfleet ship pleading for his help. But Picard is put in a race against time to save the future of humanity when his old nemesis, the omnipotent Q (John de Lancie), re-emerges.

Q, who appeared throughout The Next Generation, has been largely absent from the Trek universe since a 2001 episode of Voyager, though an animated version of the character popped up in a recent episode of Star Trek: Lower Decks.

“There’s never not a right time to bring back Q,” Stewart, 81, chuckles. “But what has been intriguing about watching John and having scenes with him is that Q is also going through a sort-of transformation. We were never quite sure what it was. We always believed that Q would live forever. He was not human; he was a member of the Q Continuum. Then we learned he is perhaps more vulnerable than we imagined. That vulnerability coming into his life has begun to change who he is. I find that intriguing.”

“There’s been a tragedy at Chateau Picard involving Laris’ (Orla Brady) husband,” Stewart teases. “That tragedy is going to move Jean-Luc into a place he never anticipated being in.”

Article content
“We had to work out and analyze a history for Jean-Luc during the years he was away, where unexpected things happened to him and around him. That has been intriguing,” Stewart says. “It’s meant that I’ve been able to introduce new elements to Picard’s character.”


And even though the new spin on the iconic character is not quite the same, it has provided a nice bookend for one of Stewart’s most beloved roles.

“They listened to me when I said, ‘Look, I want a different world and I want a different Picard. What I don’t want is USS Enterprise, uniforms and space all the time.’ I wanted to focus on the characters and the people, and whatever they had become.”

A follow-up series to 'Star Trek: Next Generation' centering on Captain Jean-Luc Picard in the next chapter of his life. 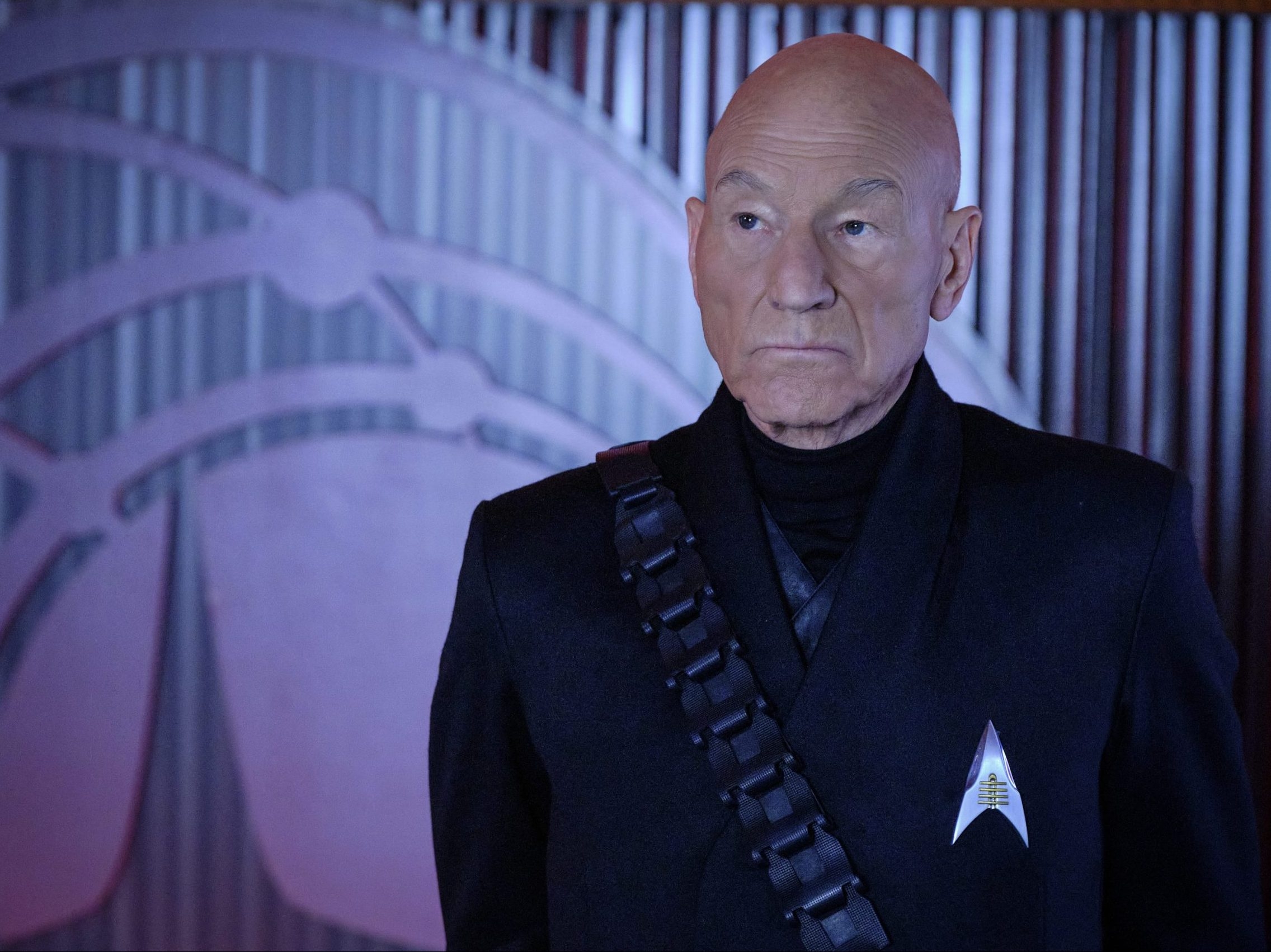 Patrick Stewart on new season of 'Star Trek: Picard', reuniting with Q and going to new places with Jean-Luc

In Season 2 of Star Trek: Picard, Sir Patrick Stewart faces off against an old enemy — Q (John de Lancie) — and deals with a new tragedy.