New study points finger at comet, not asteroid, as cause of dinosaur extinction

New study points finger at comet, not asteroid, as cause of dinosaur extinction
Author of the articleostmedia News
Publishing date:Feb 19, 2021 • 15 hours ago • 1 minute read

In this file photo taken on September 15, 2020, a Tyrannosaurus Rex skeleton is on display during a press preview at Christie's Rockefeller Center on September 15, 2020 in New York. PHOTO BY ANGELA WEISS /AFP via Getty Images
Article content
A new study has scientists rethinking what caused the dinosaurs to be wiped out.

A study by Harvard researchers published Monday in Scientific Reports points the finger for the extinction event at a comet, not an asteroid, that impacted Earth more than 66 million years ago, according to CNN.


The long-held belief is that an asteroid hit Earth in Mexico’s Yucatan Peninsula, leaving the 175-kilometre wide Chicxulub crater. That event is linked to the Cretaceous-Paleogene extinction event, which killed off the dinosaurs and many other species, according to the study.

But in the new study, co-author Abraham Loeb, a professor of science at Harvard, theorizes that a comet was responsible for ending the dinos’ days. He said the comet originated in the Oort Cloud, a grouping of icy objects near the edge of the solar system.

“It must’ve been a beautiful view, but the fun ended when the rock hit the ground,” Loeb told CNN.


A comet is made up of space debris that consists mostly of frozen gas while an asteroid is a piece of rock found on the Asteroid Belt between Mars and Jupiter.

The study estimated the comet that caused the Chicxulub crater was 6 km wide but other scientists believe that isn’t big enough to cause that amount of damage.

“It is absolutely impossible,” Natalia Artemieva, a senior scientist at the Planetary Science Institute, told CNN. 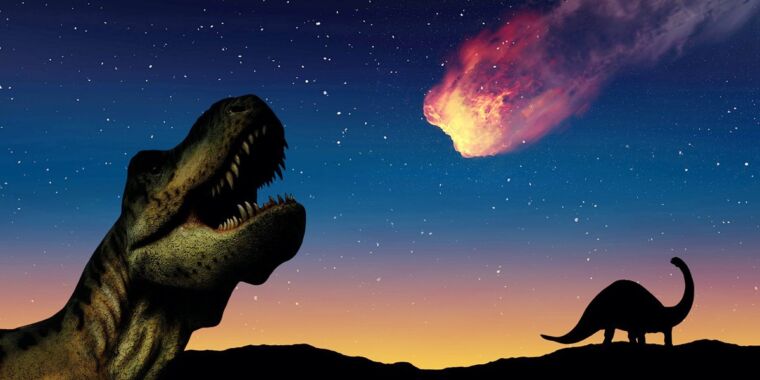 Astronomers: A comet fragment, not an asteroid, killed off the dinosaurs 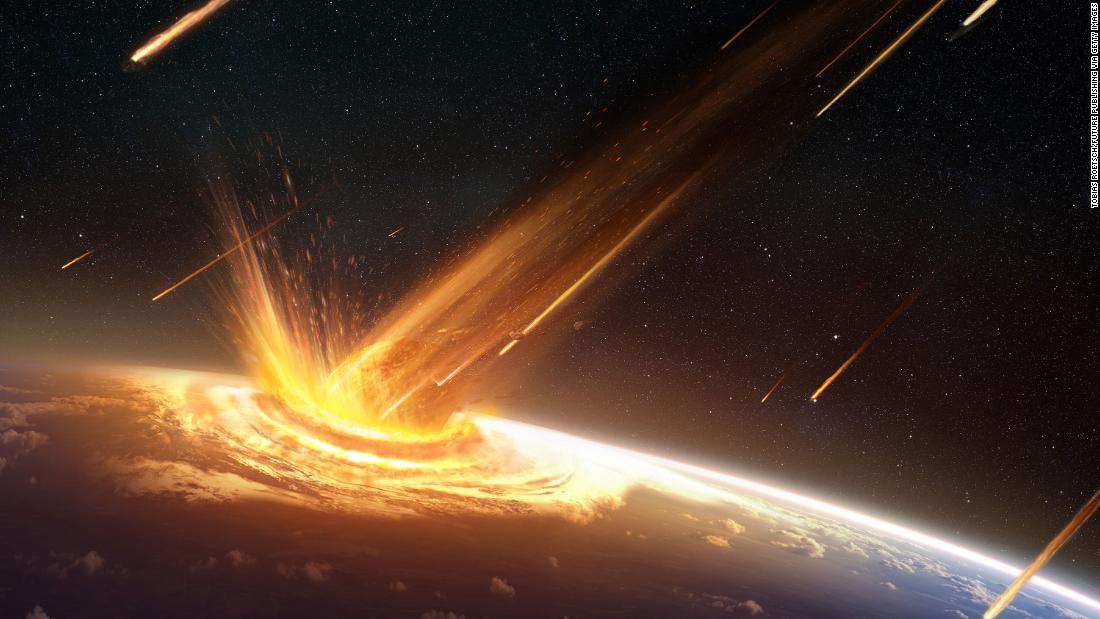 Researchers theorized that a piece of a comet, rather than an asteroid, hit Earth and caused the extinction of many species 66 million years ago.

New study points finger at comet, not asteroid, as cause of dinosaur extinction

A new study has scientists rethinking what caused the dinosaurs to be wiped out.