A woman who was rejected as a potential Liberal candidate over comments and views found to be antisemitic briefly found a new political home with the NDP before being fired after a story appeared in the Sun.


Shameela Shakeel had wanted to run as a Liberal candidate in the upcoming provincial election in the riding of Newmarket-Aurora. The party, though, took exception to some of her comments regarding Israel and her support of a teacher found to have distributed antisemitic material as teaching resources.

While the Ontario Liberal Party declined to comment on their decision not to let Shakeel run, she spoke up about it herself in an interview with local paper Newmarket Today.

“I know that this happens. That smear campaigns happen. I know that intimidation happens. This is why people who look like me and think like me don’t run for politics,” she told the paper.

On Twitter, Shakeel went further than implying the Ontario Liberal Party is racist. She also posted comments that imply Jewish voices have too much influence with the Liberals.


“Yes, I’m learning that some ‘special interests’ are more valued than others, than people, and than self-respect,” she tweeted.

Shakeel then joined the NDP taking on the role of campaign co-chair for Newmarket-Aurora NDP candidate Denis Heng.

“Certainly, everything I’m hearing from Denis aligns with my thoughts on what we need for our community going forward,” she told Newmarket Today.

Shakeel told the paper that the NDP aligns with her views on Israel and Palestine.

Her participation on the NDP campaign didn’t last long. Hours after the Sun published the original story about her role on the campaign, a statement was sent out saying Shakeel was fired.

“This person was a volunteer and will no longer be with my campaign,” the statement from Heng read.


A week ago, Heng was praising Shakeel in local media.

“In a different universe, I could totally see myself supporting Shameela,” Heng told Newmarket Today. “The Liberals made a mistake, and we’re benefiting from that mistake.”

Despite foreign affairs not being a provincial issue, the NDP has regularly attracted candidates and supporters with strong views, often antisemitic ones, on this issue.

In January, the party dropped former Ajax mayor Steve Parish as a candidate over his praise of a Nazi naval officer. Retiring New Democrat MPP Rima Berns-McGown has accused Israel of state terrorism while MPP Joel Harden has spoken out in favour of the boycott, divest and sanction movement against Israel. 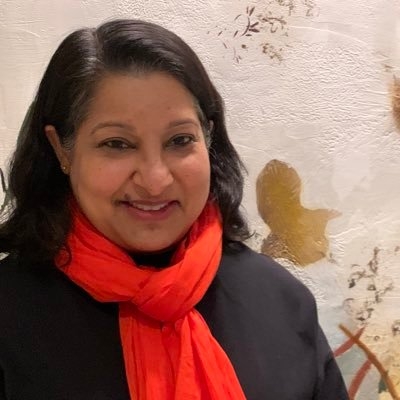 A woman who was rejected as a potential Liberal candidate over comments and views found to be antisemitic briefly found a new home.