NDP allege Liberal nomination misdeeds in Southwestern Ontario riding
Ontario’s New Democrats are urging election officials to investigate the nomination papers of a Chatham-area Liberal candidate, alleging the party used signatures meant for its turfed nominee to get another on the June 2 ballot.

Ontario’s New Democrats are urging election officials to investigate the nomination papers of a Chatham-area Liberal candidate, alleging the party used signatures meant for its turfed nominee to get another on the June 2 ballot.


The Liberals dropped Alex Mazurek, their original candidate in Chatham-Kent-Leamington, hours before the Elections Ontario nomination deadline after the NDP revealed Facebook comments he’d made as a teenager using an anti-gay slur.

The Grits quickly replaced Mazurek with Audrey Festeryga, but the NDP alleges the Liberals used Mazurek’s nomination paper signatures – candidates are required to have them from at least 25 riding electors to get on the ballot – for Festeryga instead.

“(Liberal Leader) Steven Del Duca must be accountable for how he and the Liberals approved the use of apparently false or improper documentation to support Festeryga’s candidacy,” the NDP said Wednesday.

Festeryga’s nomination papers were signed and witnessed at 1:46 p.m. on May 12, just shy of the 2 p.m. Elections Ontario deadline to get on the ballot.


Mazurek, who had become the candidate only days earlier, was dropped as the Liberal standard-bearer earlier that morning.

The nomination papers of his last-minute replacement, which Postmedia reviewed Wednesday, include two pages of 15 signatures each. Both pages were dated May 11.

Signatures collected to support a candidate’s Election Ontario filing aren’t meant to be transferrable to another. The signature form includes a declaration that says signatories are voters in the specified riding who are nominating the named candidate.

A spokesperson for Elections Ontario declined to comment on whether the agency has received a complaint and is investigating.

When asked about the nomination at a campaign event in Toronto on Wednesday, Del Duca slammed the NDP for wasting time on partisan attacks.


“I think it’s a really sad comment, with 16 days left to go in this campaign, that Ms. Horwath and the Ontario NDP have resorted to desperation tactics,” he said. “I’m disappointed to hear that Ms. Horwath and her team want to continue to focus on attacking me and Ontario Liberals instead of trying to take the fight to Doug Ford.”

Del Duca wouldn’t say whether Festeryga was signed up with nomination signatures meant for Mazurek.

“I’m not going to stand here and engage in this petty back and forth with Andrea Horwath and her team,” the Liberal leader said.

Festeryga’s campaign did not respond to a request for comment Wednesday.

Trying to make a comeback from the political wilderness after the last election, when they were turfed from office and ended up with only seven seats in the legislature, the Liberals appeared to struggle in the run-up to the election call to find enough candidates to run in all 124 ridings.


Chatham-Kent-Leamington was one of 14 ridings where the Liberals, who ruled for 15 years until 2018, began the formal campaign without a candidate.

The two separate, but related political attacks on the Chatham-Kent-Leamington Liberals by the NDP might reveal how the party views the riding, said Andrea Lawlor, a political scientist at King’s University College, a Western University affiliate.

The political sparring isn’t meant to shake public confidence in the Liberals as much as it’s meant to put the NDP in the best position to take the riding, she said.

“From a public point of view, I don’t think this is anything anybody is going to get too worked up about. From a strategic NDP view, if they can get rid of the Liberal candidate, their chances of success goes up considerably,” Lawlor said.


“Trying to get Elections Ontario on the case is them trying to reduce any probability that their main competitor, from an ideological perspective, is going to grab any votes away from them.”

The riding’s last MPP, Rick Nicholls, was elected as a Progressive Conservative but was ousted from the Tory caucus last summer for refusing the COVID-19 vaccine.

Nicholls is seeking re-election as a candidate for the Ontario Party, a new party led by former Conservative Party of Canada leadership contestant Derek Sloan.

The Liberals ran third in the riding in 2018, with about eight per cent of the vote, as imploding support provincewide led the party to its worst-ever electoral defeat.

– with files by Ellwood Shreve, the Chatham Daily News 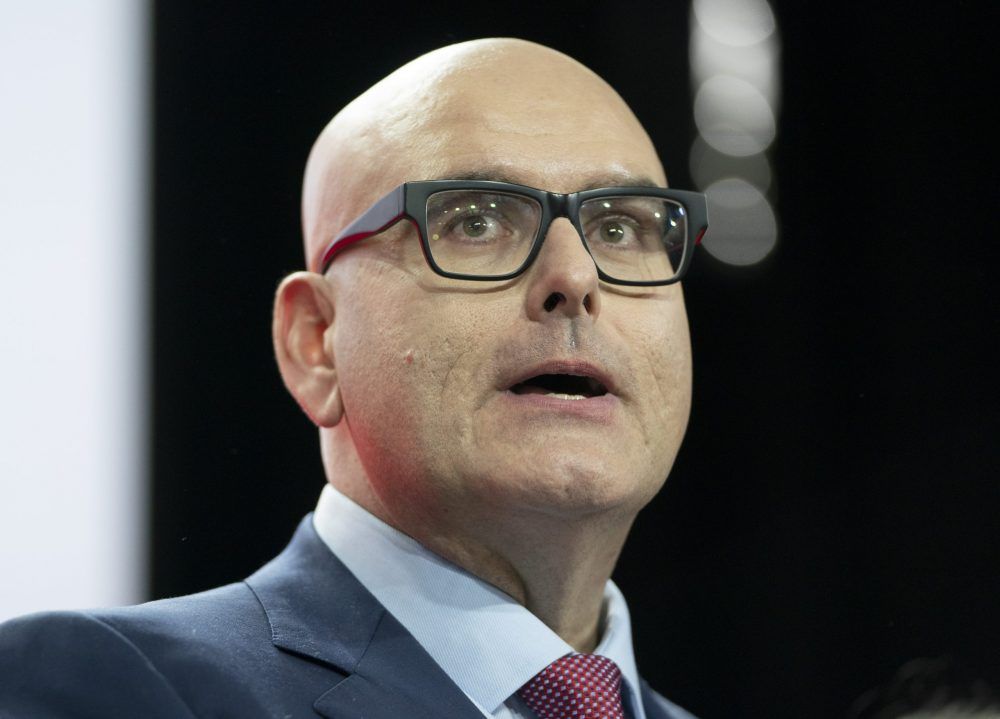 NDP still calling for Liberal candidate in Chatham to be disqualified
Author of the article:Brian Lilley
Publishing date:May 20, 2022 • 14 hours ago • 2 minute read • 12 Comments

Ontario’s New Democrats are crying foul over a last-minute Liberal candidate saying it doesn’t look like they meet the requirements to run.


The NDP has repeatedly asked Elections Ontario to investigate the eligibility of Audrey Festeryga, the Liberal candidate in Chatham-Kent–Leamington.

Now they are asking that she be removed from the ballot and prosecuted for “submitting false or misleading information to a Returning Officer.”

According to the NDP, Festeryga allegedly used signatures collected by the previous candidate who was dropped at the last minute.

Liberal leader Steven Del Duca dropped Alec Mazurek as the local candidate over past social media comments on May 12, the last day to register as a candidate. They then chose Festeryga as the candidate and registered her before the 2 p.m. deadline.

But the NDP maintain she and the party are playing fast and loose with the rules.


“I have not met nor heard of Audrey Festergya until I learned that my signature is on her forms,” Chatham resident Mike Brown said in a statement to the NDP that was submitted to Elections Ontario.

Each candidate seeking office is required to submit forms to Elections Ontario before becoming a certified candidate. Those forms include a requirement for at least 25 signatures from people eligible to vote in the riding. The NDP also point to the fact that the locations where the signatures were collected were spread too far apart geographically for Festeryga to be able to collect them in such a short period of time.


Brown has stated that he signed Mazurek’s nomination form earlier this month to support a young person getting involved in politics but was not asked to sign for Festergya.

Elections Ontario said they do not comment on complaints, but the Liberal campaign is dismissing the NDP effort to discredit their candidate.

“We are confident the nomination of our candidate, Audrey Festeryga, is perfectly valid,” campaign spokesperson Andrea Ernesaks said.

The Liberals point to the fact that their candidate has been certified by Elections Ontario and their legal team believes there is no reason for this to change.

The riding has been held since 2011 by Rick Nichols, who had been elected under the Progressive Conservative banner. He parted ways with the Ford government over vaccine policy and is now running as a candidate for the Ontario Party this election. 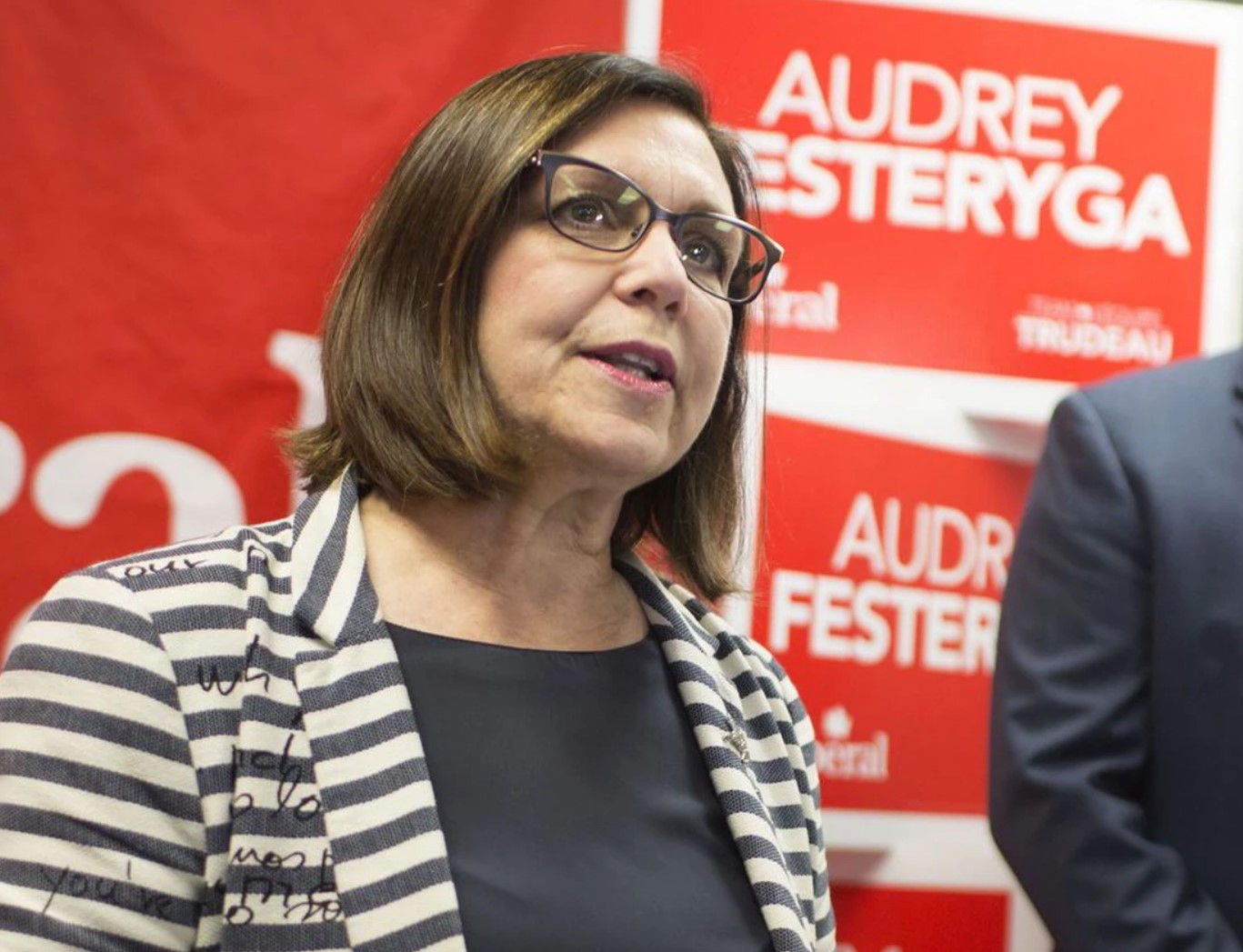 NDP still calling for Liberal candidate in Chatham to be disqualified

Ontario’s New Democrats are crying foul over a last-minute Liberal candidate saying it doesn’t look like they meet the requirements to run.