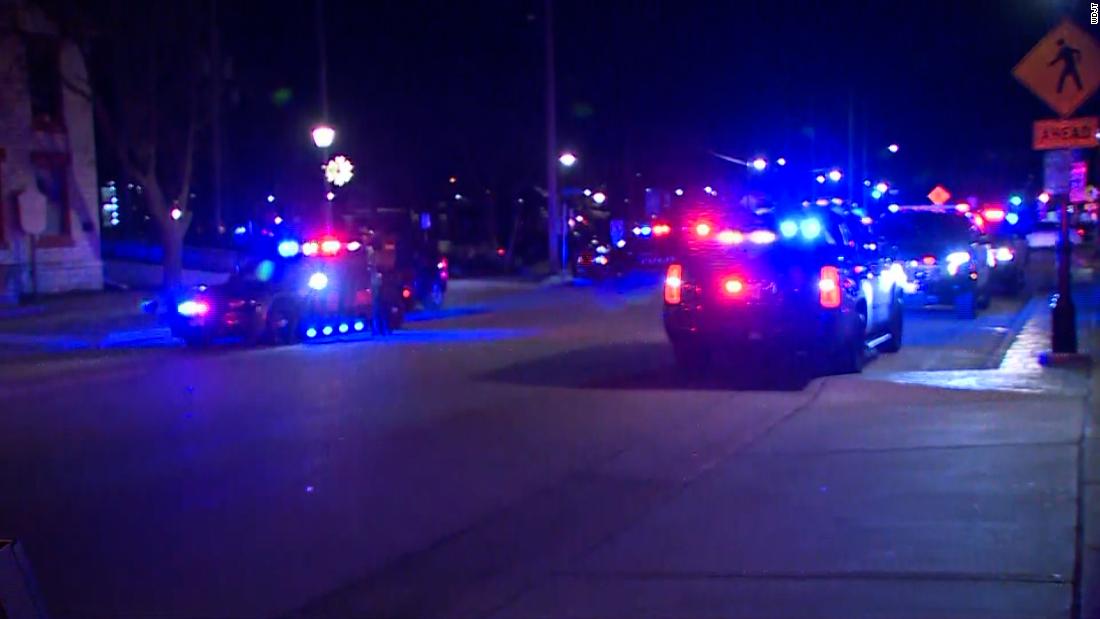 Multiple people are injured after a car ran through a Waukesha, Wisconsin, Christmas parade Sunday night. Follow here for the latest.

Pick one and let all your fears out to play.
Reactions: taxslave, Dixie Cup and Serryah

Tecumsehsbones said:
It was. . .

Pick one and let all your fears out to play.
Click to expand...

Nice to see you making jokes about children being killed during a Christmas parade
Reactions: petros

Flown into the United States from Afghanistan on Biden Air..

God almighty what a hellhole excuse for a country!
Reactions: DaSleeper, taxslave, Dixie Cup and 1 other person

Tecumsehsbones said:
It was. . .

Pick one and let all your fears out to play.
Click to expand...

Does have the word “Terrorist” in the thread title, & after 20 years of conditioning it’s what 1/2 expected this to be about. It’s a Santa Clause parade…
Reactions: taxslave, petros, Colpy and 1 other person

Does have the word “Terrorist” in the thread title, & after 20 years of conditioning it’s what 1/2 expected this to be about. It’s a Santa Clause parade…
Click to expand...

Its so sad.. the victims so close to Thanksgiving and Christmas..

B00Mer said:
Nice to see you making jokes about children being killed during a Christmas parade
Click to expand...

they were Christian and no longer count .
Reactions: DaSleeper, taxslave, petros and 1 other person

B00Mer said:
Its so sad.. the victims so close to Thanksgiving and Christmas..

Why most immigrated to the golden mountain and the great melting pot . Sadly to many can’t let go .
Reactions: taxslave, petros and B00Mer

MSM definitely know the driver is a Black (Darrel Brooks), MSNBC and CNN are being oddly defensive over this by already saying the perp probably didn't mean to run over two dozen people. On that note it will be entertaining when it's probably confirmed in the press conference tomorrow and they instantly drop it like that school shooting earlier this year.
Reactions: Dixie Cup

OMG!!! MSNBC saying the red truck was fleeing from police and ran over the people by accident..

Seriously?? They should be banned from TV

B00Mer said:
OMG!!! MSNBC saying the red truck was fleeing from police and ran over the people by accident..

Seriously?? They should be banned from TV

It was Kyle's fault.
Reactions: taxslave, petros and B00Mer 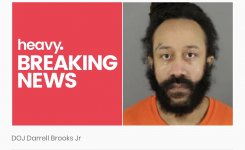 The man who was taken into custody in connection with the Waukesha Christmas parade tragedy told police that his name was Darrell Brooks Jr. when he was detained, and they found a Ford key on him, according to scanner audio obtained by Heavy.

Police squads were at a Milwaukee address used by Darrell Brooks Jr. after his name was mentioned on the police scanner in connection with the Waukesha parade incident in which at least 40 people, including many children, were injured when a red Ford Escape plowed through the crowd. He complained of shoulder pain when taken into custody.

Heavy confirmed that two Milwaukee police squads were outside the home listed to Brooks on N. 19th St. in Milwaukee, Wisconsin. Heavy also obtained audio from the scanner indicating Waukesha police obtained an ID in the name Darrell Brooks Jr. inside the red Ford Escape they recovered in connection with the Waukesha parade investigation. He also goes by the name Darrell E. Brooks Jr., and Darrell Edward Brooks, Jr. He is 39-years-old.


The City of Waukesha now says that five people are deceased and over 40 are injured. “However, these numbers may change as we collect additional information. Many people have self-transported to area hospitals. The Police Department has the person of interest in custody,” they wrote, without naming that person.

Darrell Brooks Jr. raps under the name MathBoi Fly. A red SUV can be seen in one music video.


On another MathBoi Fly Facebook page belonging to Darrell Brooks, in the name Jay Brooks, he wrote about the Kyle Rittenhouse verdict; that trial occurred about an hour away from Milwaukee and Waukesha. To be clear, Waukesha police have not given a motive for the Waukesha parade tragedy.


When a friend wrote on the post, “Doesn’t surprise me, what a joke,” Brooks responded, “frfr…but u rite,I wasn’t surprised 1 bit

.” The page is filled with religious sayings.

To be clear, Brooks’ exact alleged connection to the parade incident is not known. Authorities have not released the names of any suspects. The police chief said in a late-night news conference that police have a “person of interest.” He did not name that person. Brooks is not listed in the Waukesha County Jail database.

Heavy discovered that a red vehicle similar to the Escape actually shows up on Google Maps for the address listed to Brooks in Wisconsin online court records – the home along 19th Street where the squads were sitting on November 21, 2021, in the hours after the parade tragedy. 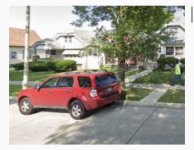 In addition, a red Ford Escape lists to an older woman who lives at the home. Brooks gave that address as his home address in a Wisconsin felony case filed only days before the Waukesha parade carnage.

Brooks has an extremely long criminal history including open cases.

That’s despite the fact he has another open felony case in Milwaukee County, from 2020.

That case is for second-degree recklessly endangering safety – felony with use of a dangerous weapon (two counts) and possessing firearm convicted of a felony (felony charge.) The case was filed in July 2020, but it remains pending. Milwaukee County courts is dealing with a major backlog in cases.

In the above case, hearings were repeatedly adjourned. He requested a speedy trial, but the court tolled the time limits for that (this has occurred recently because of a two-year back log, the chief judge has said, which she has attributed to COVID. The backlog also persists with jury trials, she said.)

In February 2021, with Judge David Feiss presiding, the court lowered his bail to $500, noting, “Due to reasons stated on the record, the court is unable to honor the speedy trial demand in this case. Defense bail motion argued and GRANTED by the Court. The Court lowered cash bail to $500.00.”

In June 2021, the court notes say, “Matter scheduled for Jury Trial. Parties are ready to proceed. Due to court congestion, Court is unable to hear jury trial at this time.”

The case continued, with some plea negotiations. “JusticePoint PreTrial Services Supervision/VIOLATION Report dated November 10, 2021; received and filed,” says a recent entry. There was a “further proceedings” on November 11, the last date.

He has these prior convictions:

Biden, we should give him 1 million because society failed him

Biden, we should give him 1 million because society failed him

he was just overly enthusiastic to watch the parade.
Reactions: petros and B00Mer

Multiple people are injured after a car ran through a Waukesha, Wisconsin, Christmas parade Sunday night. Follow here for the latest.

its odd that they had the christmas parade before the thanksgiving parade.
Reactions: taxslave and petros
You must log in or register to reply here.
Top Bottom