MPs may get panic buttons to boost security, after minister says he got death threats

OTTAWA — MPs are being given panic buttons to increase their personal security following a series of threats, and rising concern about harassment of Parliamentarians.


In an interview, Public Safety Minister Marco Mendicino revealed he has been subject to death threats on social media in recent weeks, after presenting a bill curbing gun ownership.

Mendicino said he, police, and Parliamentary Protective Services, are reassessing the security of MPs after a series of threats and intimidating incidents.

A video shows Singh encountering protesters as he left the campaign office, who can be heard shouting expletives at him and calling him a “traitor”’ as he gets inside a vehicle. Singh has said the experience in Peterborough, Ont., was one of the worst incidents of aggressive behaviour in his political career.


Among the measures being rolled out to boost protection for MPs are panic buttons, or “mobile duress alarms,” which they can carry around to immediately alert Parliamentary Protective Services or local police for a rapid response if they are facing a threat.

The sergeant-at-arms, in a presentation to Liberal MPs about new security measures, strongly recommended that they keep the panic button with them “at all times.”

The device can be used across Canada, including in their constituencies, the presentation said.

The sergeant-at-arms, who is in charge of House of Commons security, is offering training to MPs and staff on how to de-escalate potentially violent situations.

Parliament is also offering MPs the chance to have the security assessed at their constituency offices and homes, and alarms, panic buttons, cameras and other security measures installed if necessary.


The public safety minister said it was part of his mandate to “ensure that all parliamentarians have the security that they need.”

He said MPs are getting the support that they need, and he was working closely with law enforcement, the sergeant-at-arms and Parliamentary Protective Services along with Intergovernmental Affairs Minister Dominic LeBlanc in “constantly reassessing the risk to parliamentarians.”

The security assessment follows a number of threats to MPs and incidents in the past year. At an election campaign event, a handful of gravel was thrown at Liberal Leader Justin Trudeau outside a political rally.

Mendicino says he received a number of death threats on Instagram after introducing a bill in Parliament last month bringing in gun controls to prevent gun violence.


The posts from an account entitled “eliteterrorist” include: “Somebody’s gonna shoot you to death,” and another death threat containing a derogatory term for a person of Italian descent.

Late Monday, Instagram said it has taken down the account for breaching its standards on bullying and harassment.

“We reviewed the account and removed it for violating our Community Standards,” said David Troya-Alvarez, a spokesman for Instagram.

Mendicino said threats, including death threats, have no place in debate.

“It is really important that we are able to have vigorous debates about this but to make sure that these debates are had in a way that is civil and free from any of the kind of threats, intimidation and downright criminal behaviour that we are seeing increasingly online.”

He said people who tried to threaten and intimidate need to be held to account or it could have the effect of chilling free speech, “and that is a threat to our democracy.”

“We will obviously continue to flag those criminal posts to the platforms,” he added, saying they should not just have their posts removed but should suffer serious consequences, such as being expelled from platforms. 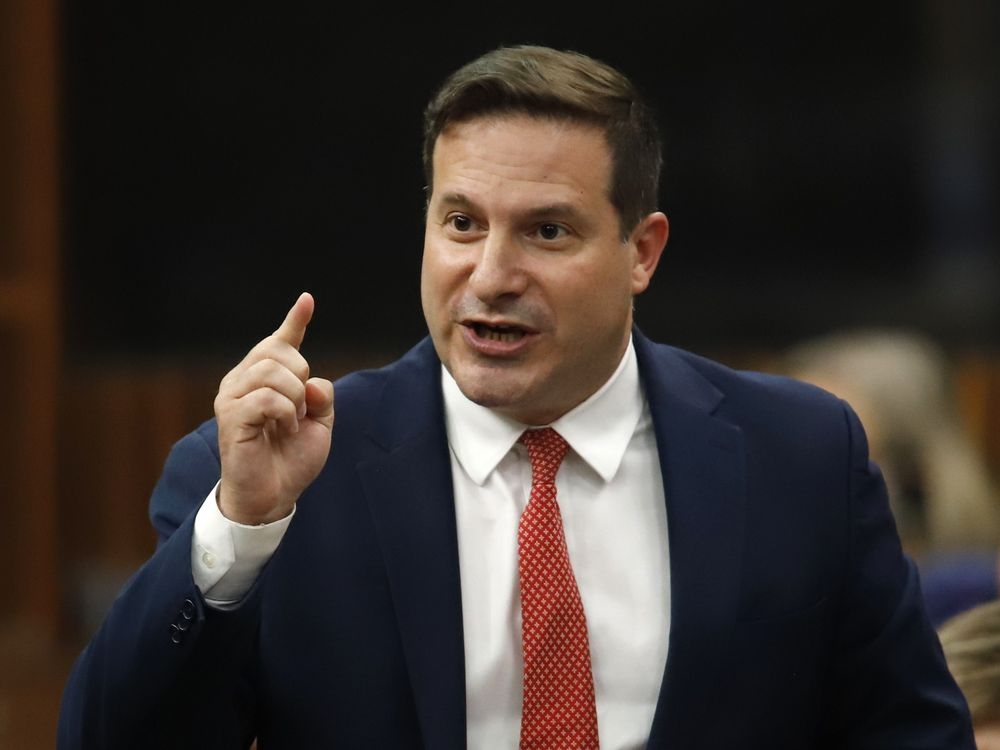 MPs may get panic buttons to boost security, after minister says he got death threats

OTTAWA — MPs are being given panic buttons to increase their personal security following a series of threats, and rising concern about harassment of…

“It is really important that we are able to have vigorous debates about this but to make sure that these debates are had in a way that is civil and free from any of the kind of threats, intimidation and downright criminal behaviour that we are seeing increasingly online.”

Um Mr. Heavily Medicated seems to misunderstand the problem. It's about a LACK of debate on anything. Groper's Liberals don't debate, they dictate and shut down any real debate.
Remember folks, this is the same lying fuck who told us the police requested the Emergencies Act be invoked. And he can't figure out why left-wing politicians are getting threats including himself. Hmmmmm. Nope, I can't think of a single reason why either.
You must log in or register to reply here.
Top Bottom