Meet the richest person who ever lived: Mansa Musa

Meet the richest person who ever lived: Mansa Musa​


What do you know about Mansa Musa, the 14th Century emperor of the Mali Empire? Probably not that much, thanks to the Eurocentric approach of school history lessons.​

Mansa Musa was emperor of the West African Mali Empire. Covering roughly 500,000 square miles of land, it was the biggest empire West Africa has ever known.


2. Mansa Musa is still the richest man who has ever lived​

Historians estimate that Mansa Musa, in modern currency, was worth around $400bn. That is more than twice as wealthy as Amazon’s Jeff Bezos – the richest person alive today. Most of Mansa Musa’s wealth came from gold and salt.

Most of Mansa Musa's wealth came from gold and salt


What was the Mali Empire?​

Dr Gus Casely-Hayford explains the vast power and wealth of the Mali Empire.

Abu Bakr, Mansa Musa’s predecessor, was desperate for the Mali Empire to expand. Known as the Voyager King, he personally led thousands of ships on an expedition to conquer the Atlantic Ocean. Neither the ships nor Abu Bakr were ever seen again. Later in 1312, Mansa Musa became ruler.


4. Mansa Musa made a pilgrimage to Mecca and he did not travel lightly​

Mansa Musa was a devout Muslim, and observed one of the five pillars of Islam by undertaking a pilgrimage to Mecca (known as Hajj). When he embarked on his Hajj in 1324, he travelled thousands of miles across treacherous terrain with 60,000 people, 21,000 kilograms of gold, 100 elephants and 80 camels. That is a lot of packed lunches! 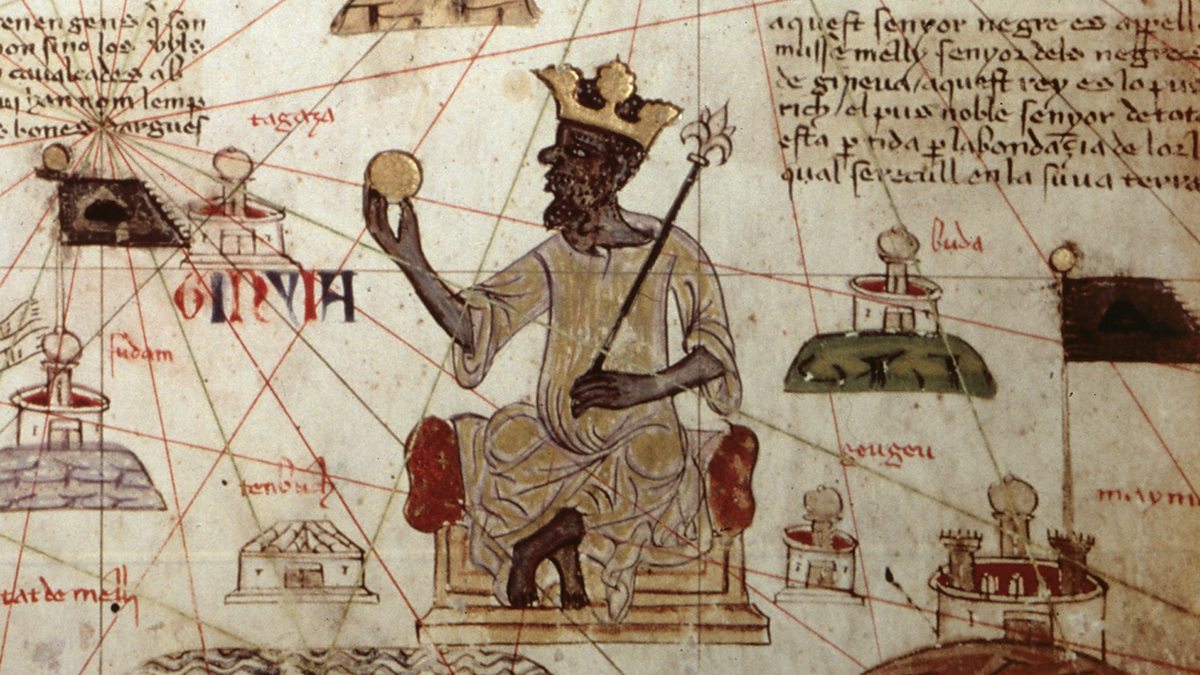 BBC Radio 4 - You're Dead To Me - Meet the richest person who ever lived: Mansa Musa

www.bbc.co.uk
You must log in or register to reply here.
Top Bottom