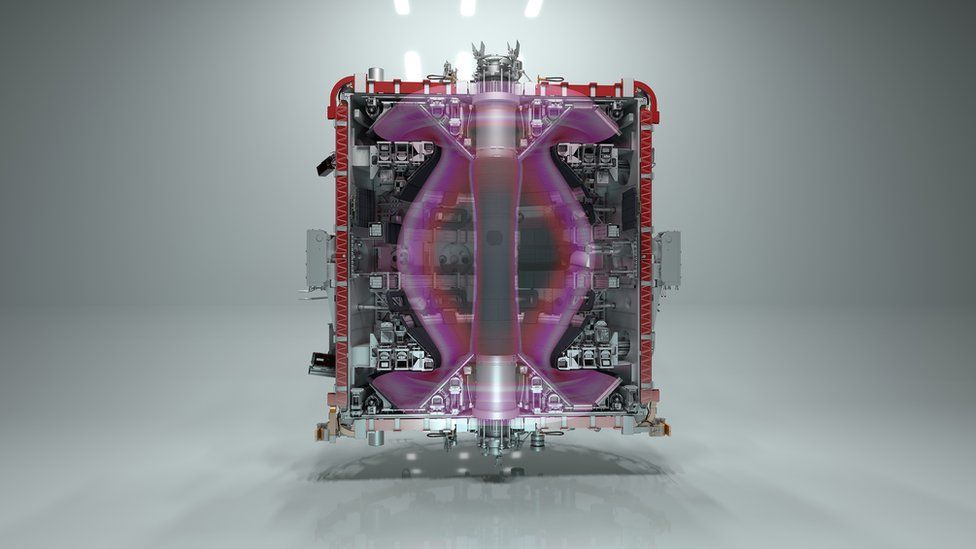 Artwork: Mast Upgrade has been testing an innovative design

Initial results from a UK experiment could help clear a hurdle to achieving commercial power based on nuclear fusion, experts say.

The researchers believe they now have a better way to remove the excess heat produced by fusion reactions.

This intense heat can melt materials used inside a reactor, limiting the amount of time it can operate for.

The system, which has been likened to a car exhaust, resulted in a tenfold reduction in the heat.

The tests were carried out at the Mast (Mega Amp Spherical Tokamak) Upgrade nuclear fusion experiment at Culham in Oxfordshire. The £55m device began operating in October last year, after a seven-year build.

Nuclear fusion is an attempt to replicate the processes that power the Sun - and other stars - here on planet Earth.

But the trick is getting more energy out of the reactions than you put in. This goal continues to elude teams of scientists and engineers around the world, who are working to make fusion power a reality.

Existing nuclear energy relies on a process called fission, where a heavy chemical element is split to produce lighter ones. Fusion works by combining two light elements to make a heavier one.

One common fusion approach uses a reactor design called a tokamak, in which powerful magnetic fields are used to control charged gas - or plasma - inside a doughnut-shaped container. 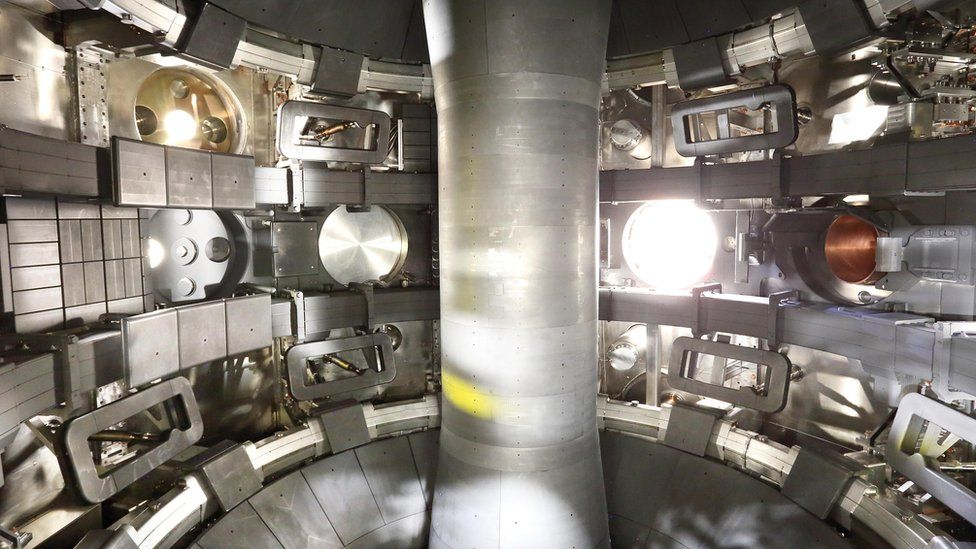 Inside the tokamak, where plasmas are controlled by magnetic fields

An international fusion megaproject called Iter is currently under construction in southern France. Prof Ian Chapman, chief executive of the United Kingdom Atomic Energy Authority (UKAEA), said it would be crucial for demonstrating the feasibility of bringing fusion power to the grid.

But he added that Iter's size and cost meant that "if every time you wanted to build a unit, you had to raise that sum of money, then the penetration into the market would be determined by economics, not technology".

Mast Upgrade is one attempt to come up with a template for more compact, cheaper fusion reactors. It makes use of an innovative design known as a spherical tokamak to squeeze the fuel into a 4.4m-tall, 4m-wide space. By comparison, the containment vessel Iter will use to control its fusion reactions is 11.4m tall and 19.4m wide.

But Mast Upgrade's bijou dimensions come at a price: "You're making something that's hotter than the Sun... in a smaller volume. How you then get the heat out becomes a big challenge," said Prof Chapman.

The core of the plasma within the tokamak reaches temperatures of 100 million C. Without an exhaust system that can handle this unimaginable heat, materials in the design would have to be regularly replaced - significantly affecting the amount of time a power plant could operate for.

The new exhaust system being trialled at Culham is known as a Super-X divertor. This would allow components in future commercial tokamaks to last for much longer; greatly increasing the power plant's availability, improving its economic viability and reducing the cost of fusion electricity.

Tests at Mast Upgrade have shown at least a tenfold reduction in the heat on materials with the Super-X system.

Researchers said the results were a "game-changer" for the promise of fusion power plants that could provide affordable, efficient electricity. Against the background of climate change, fusion could offer a clean and virtually limitless source of energy.

Dr Andrew Kirk, lead scientist on Mast Upgrade, said the results were "the moment our team at UKAEA has been working towards for almost a decade".

"We built Mast Upgrade to solve the exhaust problem for compact fusion power plants, and the signs are that we've succeeded.

"Super-X reduces the heat on the exhaust system from a blowtorch level down to more like you'd find in a car engine. This could mean it would only have to be replaced once during the lifetime of a power plant."

The success of the exhaust system for Mast Upgrade delivers a boost to plans for a prototype fusion power plant in the UK called Step. It is expected to come online sometime in the 2040s.

The Mast Upgrade facility will have its official opening ceremony on Wednesday, where guest of honour, astronaut Tim Peake, will create his own artificial star by running a plasma test on the machine. 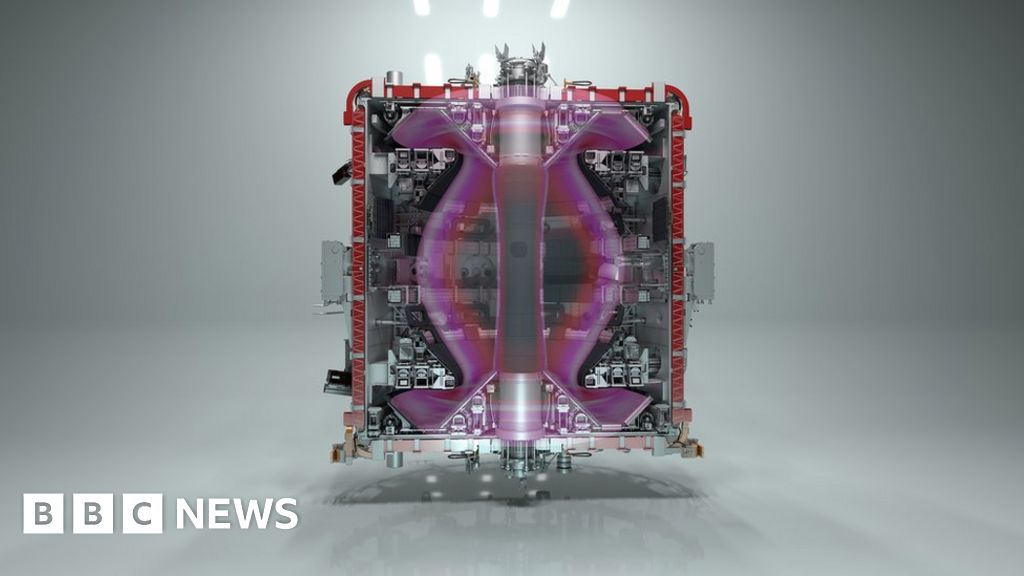 Results from a UK experiment could help clear a hurdle to achieving commercial fusion power.
www.bbc.co.uk
You must log in or register to reply here.
Top Bottom