Marit Stiles first to enter Ontario NDP leadership race
Candidates have until December to register for the race.


Stiles, a former school trustee, has represented the Toronto riding of Davenport since 2018 and said she wants to lead the Ontario NDP to advocate for the hard-working people of the province.


“Just as we’re easing back into public life like this, people are being pummelled by the rising cost of groceries and rent — you name it,” Stiles said at her campaign launch.


Horwath, who is now running for mayor in Hamilton, had led the NDP since 2009 and saw it rise from third party to official Opposition status in 2018 with 40 seats. But the New Democrats slipped to 31 seats in this June’s election.

The party has said a new leader will be in place by March 2023 and candidates have until December to register for the race.

As the first candidate to officially declare she’s in the race, Stiles also kicked off her campaign with endorsements from fellow caucus members Kristyn Wong-Tam, Bhutila Karpoche and Chandra Pasma.

Several NDP caucus members have said they are considering potential bids for the leadership, including Laura Mae Lindo, who represents Kitchener Centre, and Wayne Gates, who represents Niagara Falls.


A few dozen supporters showed up at a patio bar in Stiles’ riding for the launch event on Thursday, cheering “NDP, NDP.”

Stiles, 53, made her pitch by touting progressive bona fides.

“The New Democratic Party was founded by a coalition of labour and progressives, forged together to build political power,” said Stiles, who worked for 10 years with performers union ACTRA.

“These are our roots. They’re mine too. As a former director of bargaining and policy, I helped to negotiate national agreements, stronger wages, better working conditions, and building coalitions across the labour movement at the same time.”

Stiles said she’ll travel across the province to listen to voters and pledged to build a movement “from the grassroots all the way up.”


“My agenda is going to be a positive vision for this province,” she said. “It’s about jobs and opportunities.”

The party lost three seats in Brampton, Ont., to the Conservatives in the most recent election, an area Stiles said she’d target.

“We are not going to form government in this province unless we can win in every region,” she said.

The NDP has long struggled to make inroads in rural southern Ontario — Stiles said she’d work to make the party appealing to residents in those areas.

“I grew up in Newfoundland, with goats and in a rural community, I get that role,” she said. “I think that a lot of people in rural communities, in northern communities, feel unappreciated, they feel like nobody is listening to them.”

The party has said it is in a strong position financially, as well as with its supporters and volunteers.

The leader will be chosen through ranked ballots, which means voters can select the candidates they favour in order of preference.

— with files from Allison Jones. 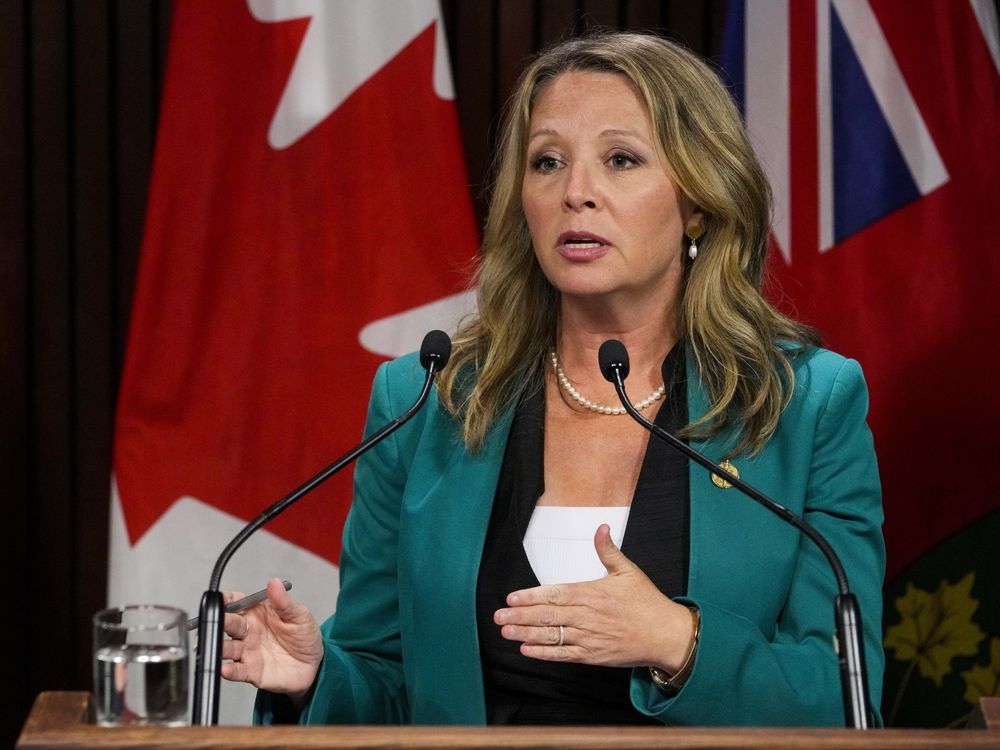 Marit Stiles, the current education critic for Ontario's New Democrats, has become the first candidate to launch a bid to lead the party.

Most of the stuff she attributes to Ford should be pointed at TrueDope/Singh.
You must log in or register to reply here.
Top Bottom