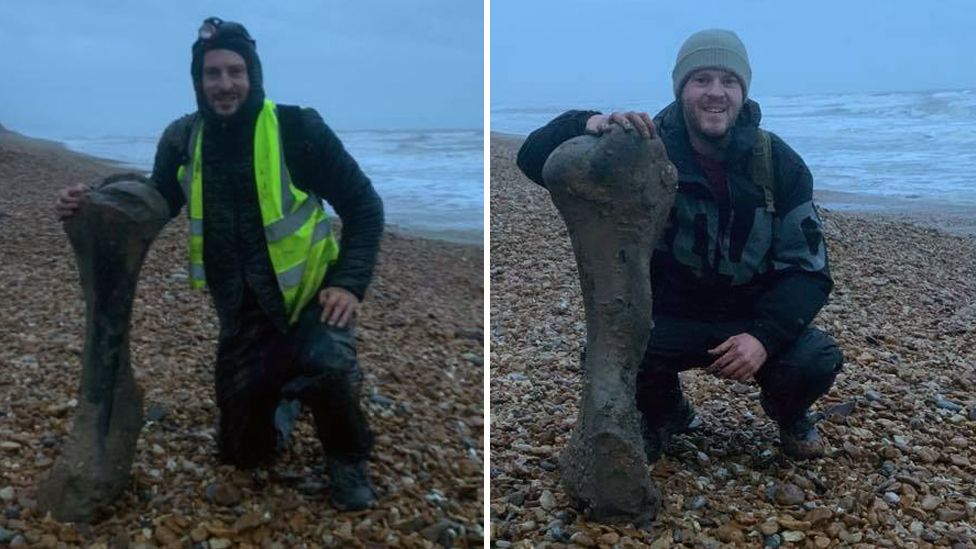 Two amateur fossil hunters have discovered a huge prehistoric fossilised bone, believed to be from an elephant, on an Isle of Wight beach.

Brothers Luke and Joe Ferguson found the 1m-long (3ft) fossil sticking out of the stones near Brighstone Beach following a storm.

Experts believe it is from a straight-tusked elephant or mammoth and could be hundreds of thousands of years old.

They will have to wait until after lockdown to get it properly identified.

The pair, who have been collecting fossils since childhood, spotted the giant bone on 27 January.

Joe Ferguson said: "Half of it was sticking out like a cartoon prop - it was incredible - it just slid out and we didn't even have to dig. 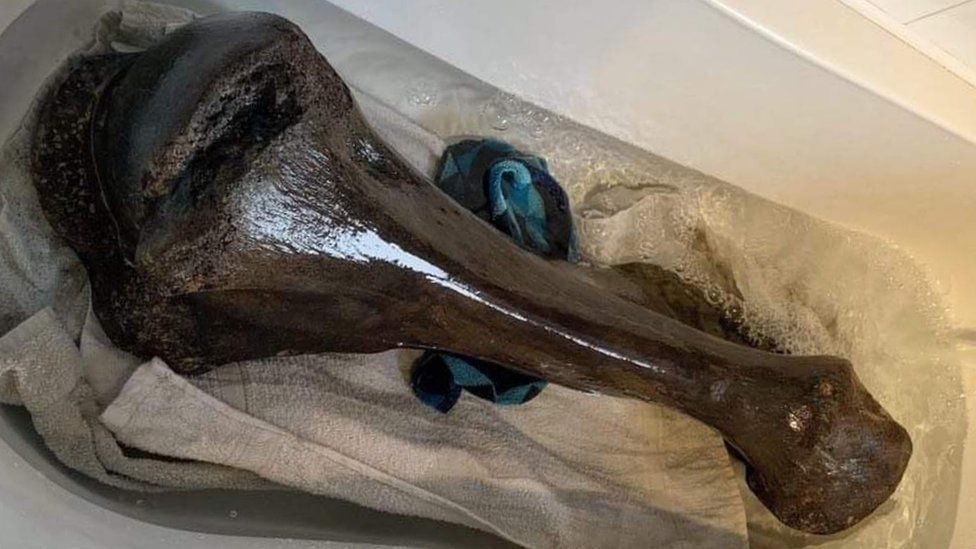 The bone was washed in a bath to remove damaging seawater

His brother added: "At first I couldn't believe it - I have never seen anything like it.

"I'd like to keep it but wouldn't mind putting it on show."

They sent photographs to the Dinosaur Isle museum on the Isle of Wight for help identifying it.

Curator and general manager Dr Martin Munt said the bone appeared to be a humerus from either a straight-tusked elephant or mammoth and could be anything between 10,000 and 125,000 years old.

He said: "Bones of both types of elephant have been found before in the gravels that cap the cliff along the island's south-west coast.

"It is a particularly good example, and looks to be almost complete. The preservation and location of the find makes it unique.

"I was very excited when I saw the pictures that Luke shared with me, owing to the rarity of the find."

The museum, which has bones and teeth of both creatures in its collection, has offered the brothers advice on how to preserve the bone. 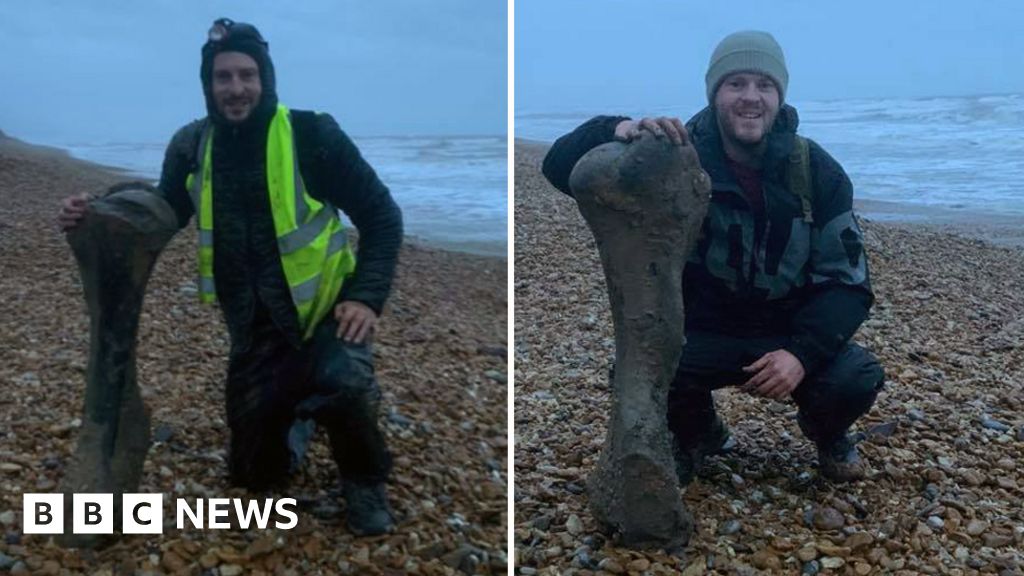 The fossil is thought to be from a straight-tusked elephant or mammoth and up to 125,000 years old.
www.bbc.co.uk
You must log in or register to reply here.
Top Bottom