Lost Sheffield Castle was among the most important in medieval England

Lost castle `among the most important in medieval England´​ 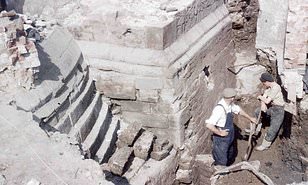 A lost castle has been identified as one of the most important strongholds in medieval England.

Archaeologists studying the site of Sheffield Castle say the massive structure deserves a place in English history alongside well-known landmarks like those in Warwick, Dover and the Tower of London.

The castle site is in the centre of the city, at the confluence of the River Don and the River Sheaf, but the structure was demolished in the Civil War.

The little that still remains of the structure was hidden for years in the basement of a grim, concrete markets complex.

But the site has been opened up by the redevelopment of the area and archaeologists say there is strong evidence that more substantial parts of the castle walls may still be in place.

A spokesman for the University of Sheffield said a new assessment of all the excavations on the site “reveals how Sheffield Castle was among the most important political and cultural centres in medieval England, home to aristocrats who played major roles in local, national and international affairs”.

The team concluded that the castle “played a major role in local, national and international affairs in the medieval era, and shaped the development and topography of modern-day Sheffield”.

Professor John Moreland from the university’s Department of Archaeology said: “Sheffield is seen by most people as the Steel City, but what our research makes clear is that the city has a deep history that dates right back to the Middle Ages.

“Unfortunately, since the castle was largely destroyed following the English Civil War and multiple developments have been built on its site ever since, this rich medieval history of the city has largely been forgotten or ignored.”

The University of Sheffield’s Castle Project began in 2014 and has now pulled together all the largely unpublished archaeological work on the site, dating back to the 1920s and including the latest dig, which started in 2018.

The team believes there is evidence of a classic motte-and-bailey castle from the Norman period but they found no evidence of a rumoured Anglo-Saxon use of the site. 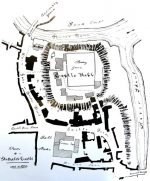 The medieval castle was started in 1270 and archaeologists think that the gatehouse – parts of which were excavated last century – consisted of two D-shaped towers, similar to Rhuddlan Castle in north Wales.

The castle’s curtain wall survives close to the gatehouse, with a further small section to the west.

The team says it is probable that large stretches still survive on the northern edge of the site, overlooking the River Don, and it is possible that some of the eastern wall also survives.

Sheffield Castle was a Royalist stronghold during the Civil War and Parliament ordered for it to be completely destroyed in 1646.

The site was covered by the market complexes in the 1920s and 1950s but these were demolished five years ago.

Much of the surrounding area is undergoing redevelopment and there are proposals for an urban park on part of the castle site, including a plan to reopen the River Sheaf – the river which gives Sheffield its name but which currently runs in a dark culvert under the city centre. 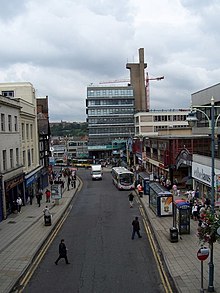 Sheffield Castle: Archaeology, Archives, Regeneration 1927-2018 is written by Professor Moreland, Professor Dawn Hadley, from the University of York’s Department of Archaeology, along with Ashley Tuck and Mili Rajic from Wessex Archaeology, which conducted the latest dig.

It will be launched at the University of Sheffield’s Festival Of The Mind on September 26 and will also be available as a free download at doi.org/10.5284/1074899. 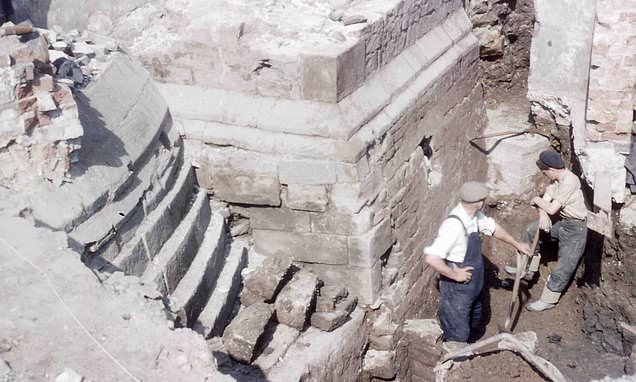 Lost castle `among the most important in medieval England´

The site of Sheffield Castle is in the centre of the city but the structure was demolished in the Civil War.

https://www.newzit.com/?ito=MOL_Mweb_related_Largethumbnail&startTab=entertainment&referringDomain=www.dailymail.co.uk&referringURL=https://www.dailymail.co.uk/wires/pa/article-8704289/Lost-castle-important-medieval-England.html&fromXPTS=1607226703493
You must log in or register to reply here.
Top Bottom