Large mound may be built in central London 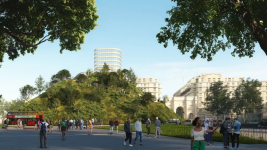 The summit of the 25 metre high ‘Marble mound’ being created this summer will provide sweeping views of Hyde Park, Mayfair and Marylebone

Westminster chiefs hope to lure nervous Londoners back to the deserted West End with a clamber up a grassy hill at the entrance to Oxford Street.

The summit of the 25 metre high “Marble Arch mound” being created this summer will provide sweeping views of Hyde Park, Mayfair and Marylebone.

Images of the installation – around half the height of Nelson’s Column - show a green knoll next to the famous John Nash designed landmark with mature trees and a walkway to a viewing gallery.

A planning application for what is likely to be the loftiest “hill” in central London - beating 18 metre high Cornhill in the City – is being lodged with Westminster Council on Tuesday.

The feature - which resembles the recreation of Glastonbury Tor at the Opening Ceremony of the 2012 Olympics - will officially be known as Marble Arch Hill. It is likely to be up for around six months before being flattened at the end of the year.

It is thought around 200,000 people will have the chance to climb it but they will have to book in advance and may also be asked to pay a “nominal” entrance charge. Only 25 people at a time will be allowed on the platform.

Visitors will climb to the viewpoint on a path that winds its way up the mound’s southern flank. They then descend into a hall inside the structure that will be used for events and exhibitions.

The hill is one of number of changes to Europe’s busiest shopping street proposed by Westminster Council in a £150 million initiative known as the Oxford Street District Framework. 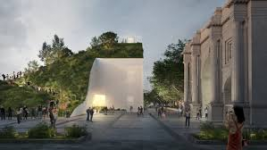 They include pavement widening, “pocket” green areas and new performance spaces. However there will be no pedestrianisation of the 1.2 mile long road, the preferred option of Mayor Sadiq Khan.

“It will be important for bringing in visitors to support the local economy. 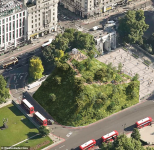 “However, it will offer so much more. We hope it will give people an opportunity to look afresh and with wonder at this well known, but sadly increasingly overlooked, area to recognise its beauty and importance. We want visitors to appreciate the wider context of this iconic location and its close connections to Oxford Street and Hyde Park, as well as other key destinations in the West End and beyond.”

“Marble Arch Hill strengthens the connection between Oxford Street and the park via the Marble Arch. Can this temporary addition help inspire the city to undo the mistakes of the 1960s, and repair that connection?” 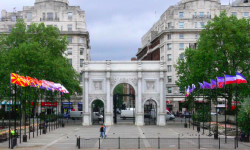 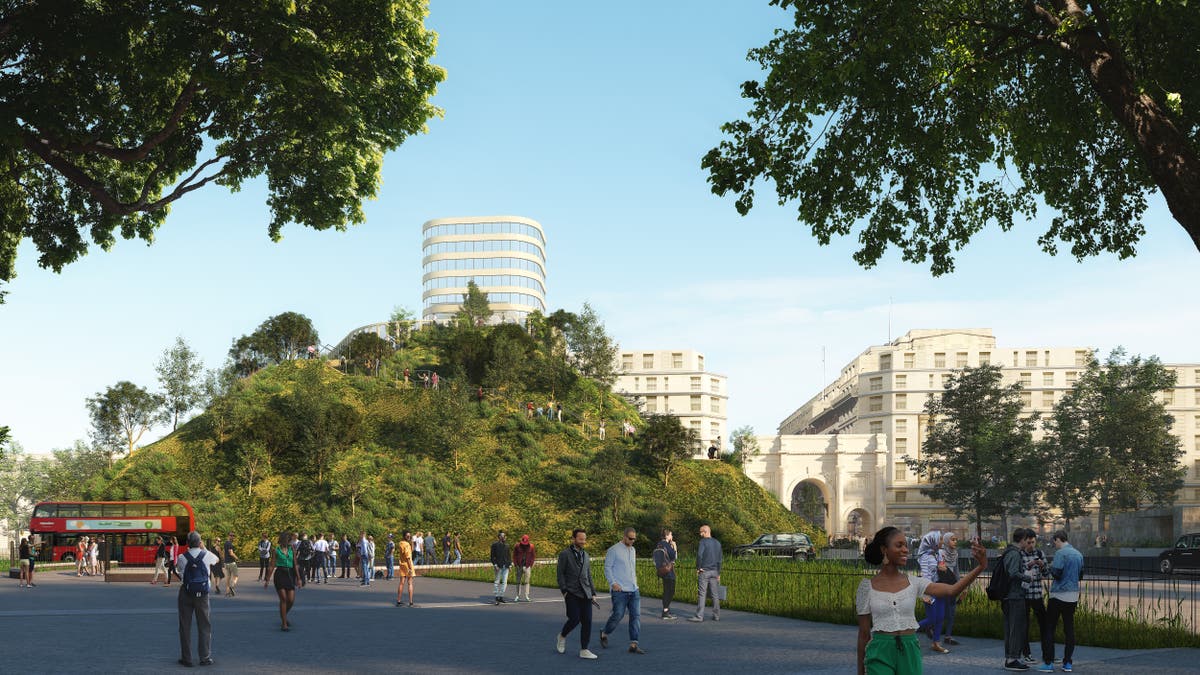 Westminster chiefs hope to lure nervous Londoners back to the deserted West End with a clamber up a grassy hill at the entrance to Oxford Street.

www.google.com
Last edited: Feb 16, 2021
You must log in or register to reply here.
Top Bottom