“I’m honoured to have been chosen by Doug Ford as the 2022 Ontario PC candidate for Don Valley West,” Saunders said in a statement Tuesday. “Doug and I have worked closely over the years, and I’ve always admired his strong leadership and dedication to supporting Ontarians, especially over the last two years. This is a critical time in Ontario’s history as we recover from the impacts of the pandemic, and it is clear the Ontario PC Party has a strong plan to build a better future for our families and future generations to come, whether it’s investing in transit, building highways, strengthening our health care system, or supporting workers and cutting costs for Ontarians.”

Irwin Elman, the former Ontario Child Advocate, will run for the NDP.

Saunders retired from the Toronto Police Service in 2020 after five years as chief.

At the time, he said he would continue to work for the citizens of Toronto.

“There is no one I’d rather have on the ballot in Don Valley West than Mark,” Ford said in a statement. “Mark brings an incredible amount of experience serving with the Toronto Police Service for nearly four decades. I’m thrilled to have him join our team and have no doubt he’ll be an incredible voice at Queen’s Park.”

The Ford government has named former Toronto Police chief Mark Saunders as a special adviser to the province for its redevelopment of Ontario Place.
Former Toronto police chief appointed special advisor to Ontario Place
Mark Saunders leaves police headquarters on his last day as Toronto's Police Chief on Friday, July 31, 2020.
Search for Toronto's new police chief begins
Toronto Police Chief Mark Saunders at the scene of a homicide on Tuesday, May 26, 2020. Saunders says he wants anti-black racism protests planned for Toronto this weekend to be peaceful.
Toronto's top cop calls it a career

Former Toronto police chief Bill Blair represents the federal riding of Scarborough Southwest for the Liberals and serves as the Minister of Emergency Preparedness.

Former Toronto police chief Julian Fantino was a minister in the cabinet of former Conservative prime minister Stephen Harper after winning a by-election in the riding of Vaughan. 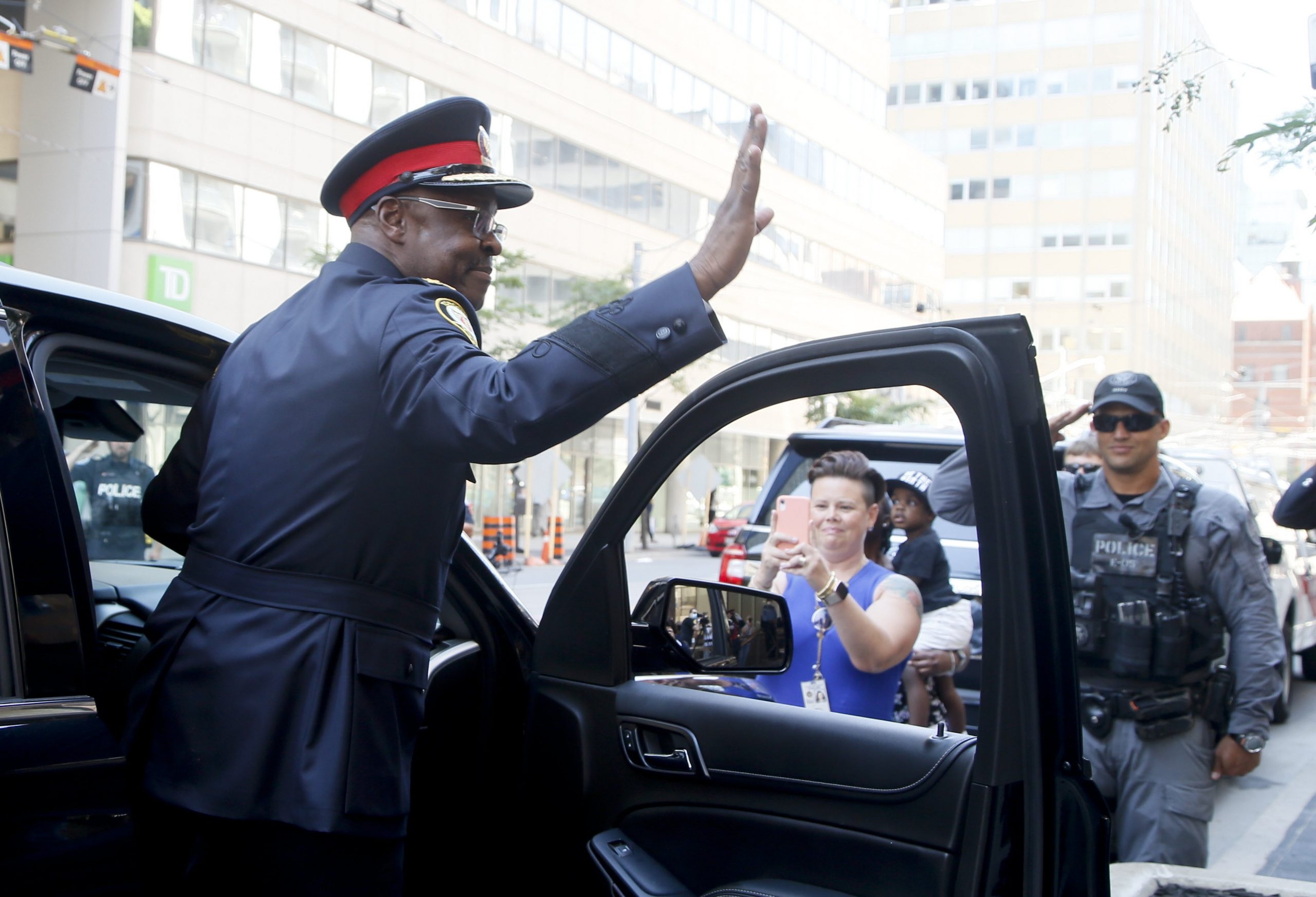