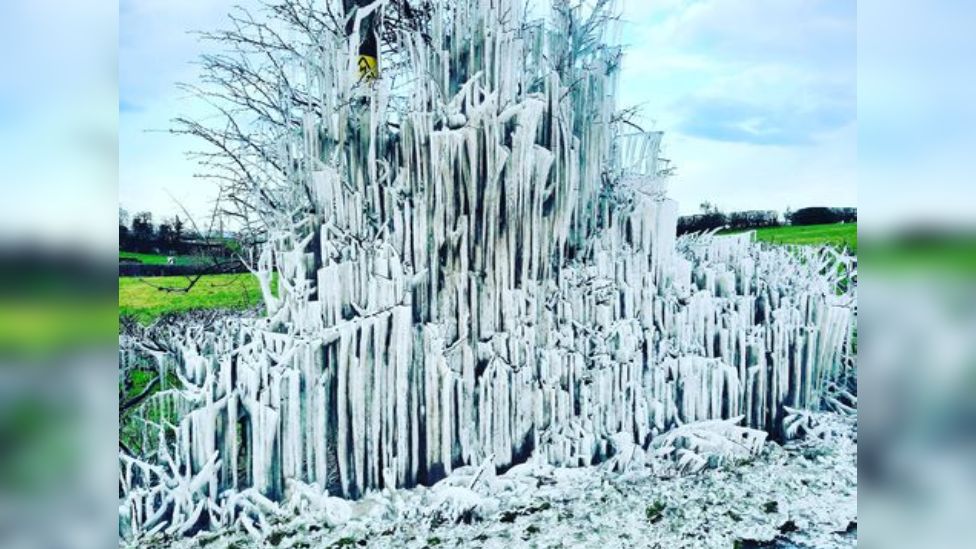 Beautiful formations of ice by a roadside have been captured on camera in north east Wales.

Alison Best was driving home from an essential journey to buy food when she saw the "fantastic ice sculpture" at Llong, near Mold in Flintshire.

It is thought they were formed as a result of spray from passing vehicles.

The cold weather is forecast to continue, with snow and ice warnings for much of Wales for the end of the week and into the weekend.

BBC Wales meteorologist Derek Brockway said the formations were caused by "motorists driving through puddles of water on the side of the road spraying the hedges and trees".

"The water has frozen overnight with temperatures falling as low as minus six," he said. 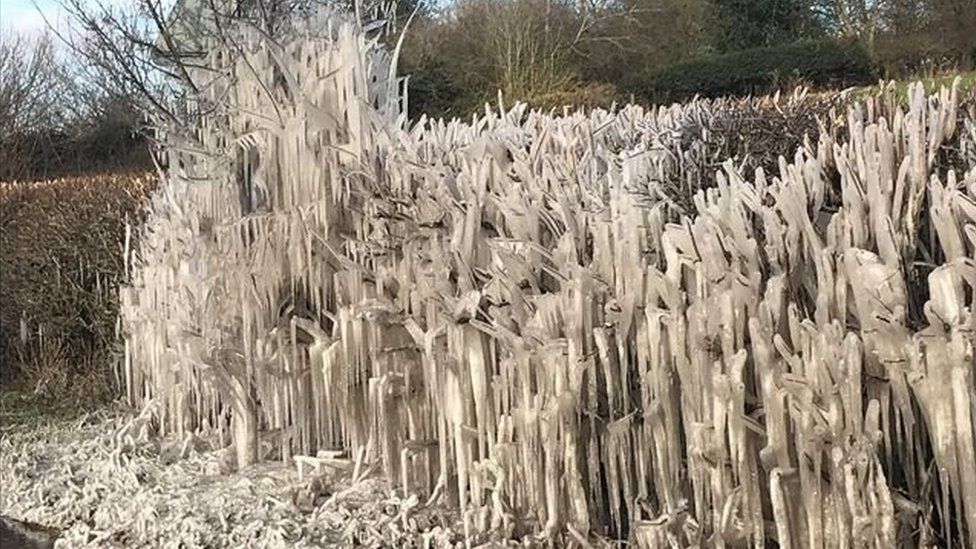 Jodie Murphy, 33, said she "couldn't possibly just drive past" one of the formations at Llay, near Wrexham.

She said her eight-year-old daughter Violet asked her to drive back to them "convinced it was the 'door to Narnia'".

"As we drove past I thought it was plastic sheeting caught in the hedge," she added. 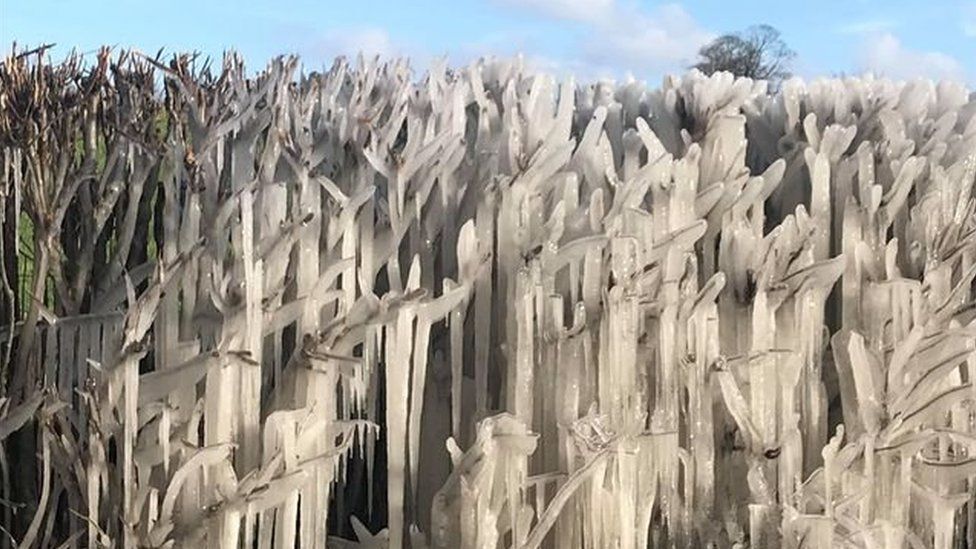 Mrs Best, 53, who lives near Mold, said she had never seen anything like it before.

"I think due to the heavy rain recently, water has run off the hill and passing cars have driven through the the puddles that formed, spraying water forming the icicles.

"I've never seen this before. I thought to myself 'wow that's incredible, I must turn back to photograph it'." 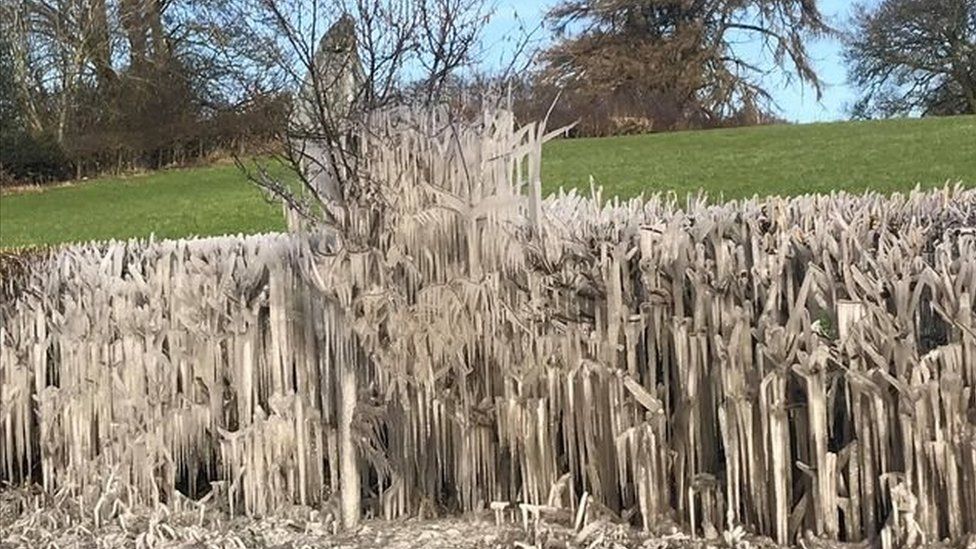 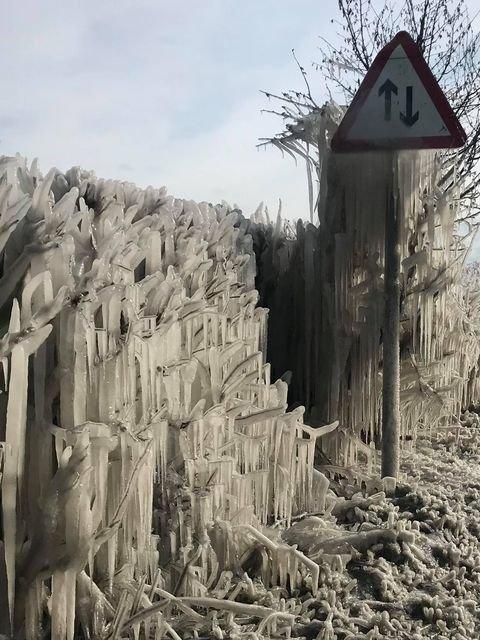 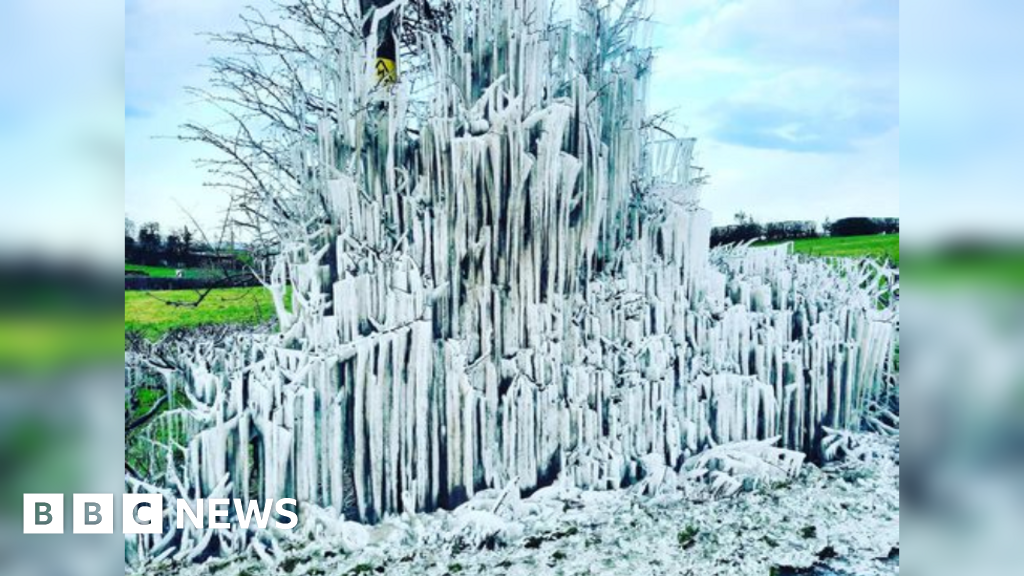 They are thought to be formed by cars driving though puddles and spraying trees in icy conditions.
www.bbc.co.uk
You must log in or register to reply here.
Top Bottom