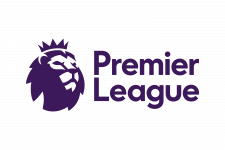 Have they ever considered just skipping the season and auctioning off the FA Cup?

Tecumsehsbones said:
Have they ever considered just skipping the season and auctioning off the FA Cup?
Click to expand...

That would be boring.

Tonight we saw Man City come from 2-0 down to beat Spurs 4-2, and Arsenal may be on the verge of winning the title for the first time since 2004. Yet many are still writing off Arsenal and still expecting City to win it yet again.

Meanwhile, Fulham are 6th, Brighton are 7th and Brentford are 8th, whereas Liverpool and Chelsea are only 9th and 10th respectively.

Also meanwhile, Liverpool have just signed Dutch "wonderkid" Cody Gakpo, who impressed for his country at last year's World Cup, but he has been playing shit for Liverpool.

It's this drama which makes the Premier League the world's most watched domestic sporting league.
You must log in or register to reply here.
Top Bottom