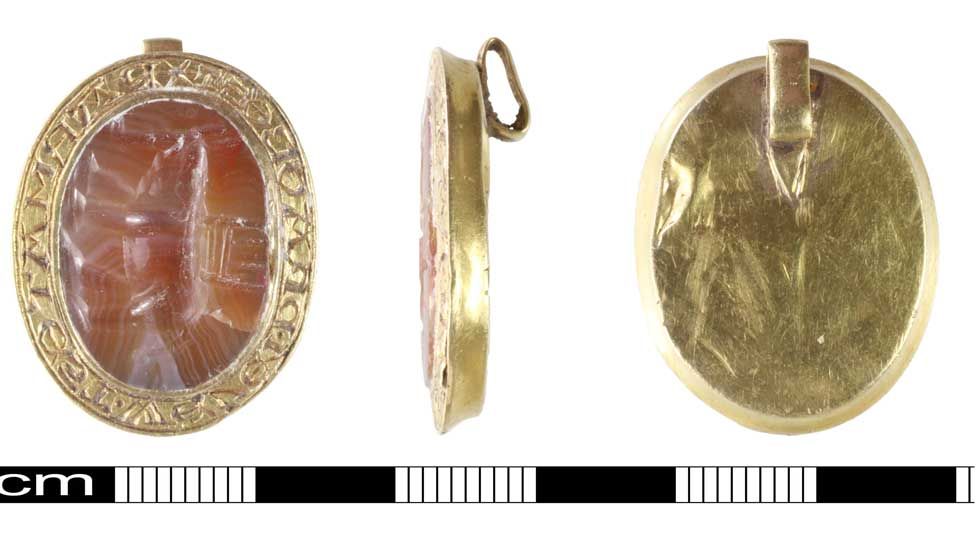 The elephant is carved on to a gemstone, which experts believe is probably a carnelian

A medieval gold seal which shows an elephant carrying a castle on its back has become only the third of its kind recorded by the British Museum.

A metal detectorist found it in Norfolk in June and it is thought to date from between 1250 and 1350.

Experts said the "rare portrayal", carved into a gemstone, was found mainly on items signifying wealth.

Its status as treasure is subject to a coroner's inquest on 29 April and Norwich Castle Museum hopes to buy it. 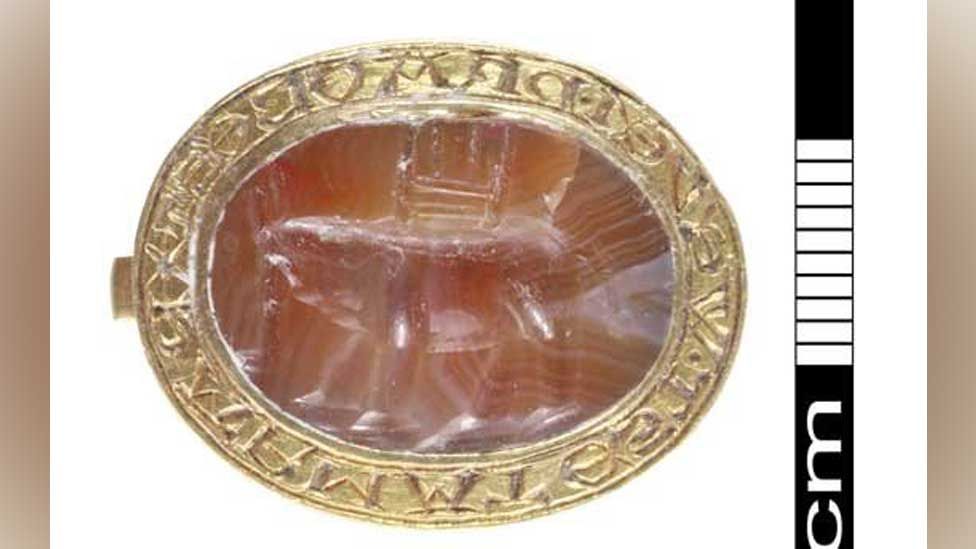 The Latin inscription on its circumference has been translated as "armed with a shield, the outlaw dragon is harmful"

"Few people in medieval England would have seen a live elephant," said Beverley Nenk, curator of later medieval collections at the British Museum.

"The image may have been based on reports of these fabulous and exotic creatures from travellers or pilgrims returning from the East or from the Crusades, or from descriptions and images in bestiaries and other manuscripts."

There was a live elephant in the royal menagerie at the Tower of London between 1255 and 1257 - a gift from King Louis IX of France to King Henry III.

The seal matrix, which measures 28mm by 22mm (1.1in x 0.8in) and found near King's Lynn, would have been used by its owner to make an impression on wax to authenticate or keep closed letters or documents.

Ms Nenk said its design - showing an elephant with a war-tower or howdah on its back - later became known as the "'elephant and castle' of heraldic iconography".

Norfolk: 'Elephant and castle' gold seal only third found - BBC News
You must log in or register to reply here.
Top Bottom