Egypt mummies to pass through Cairo in ancient rulers' parade​ 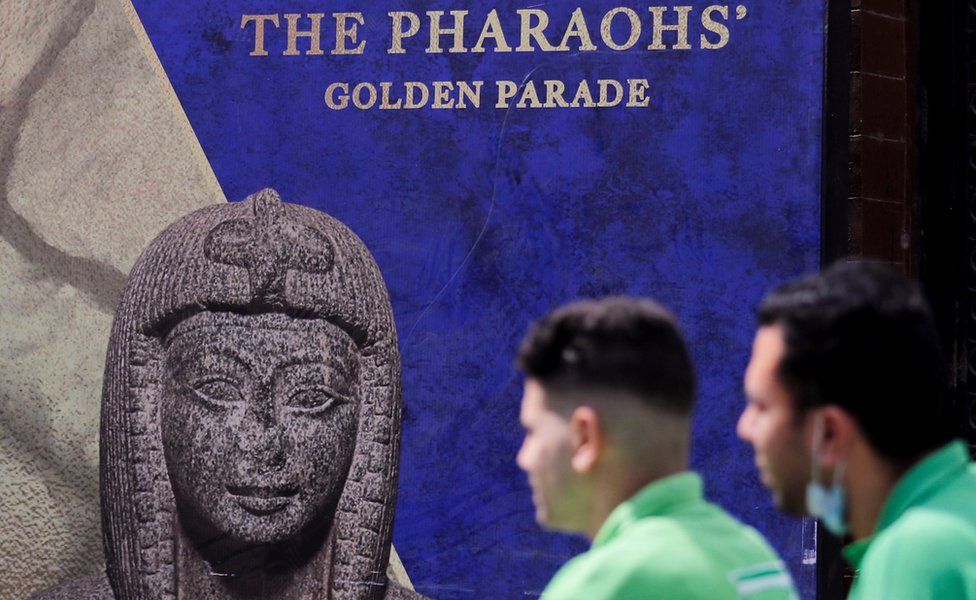 Crowds of Egyptians are expected to line the streets to witness an historic procession of their country's ancient rulers through the capital, Cairo.

With tight security arrangements befitting their royal blood and status as national treasures, the mummies will be relocated to the new National Museum of Egyptian Civilisation in what is called The Pharaohs' Golden Parade.

They will be transported with great fanfare in chronological order of their reigns - from the 17th Dynasty ruler, Seqenenre Taa II, to Ramses IX, who reigned in the 12th Century BC.

Egypt experienced a sharp rise in Covid-19 infections a year ago, but following a decline in the number of cases and deaths, restrictions on open-air gatherings were later lifted. 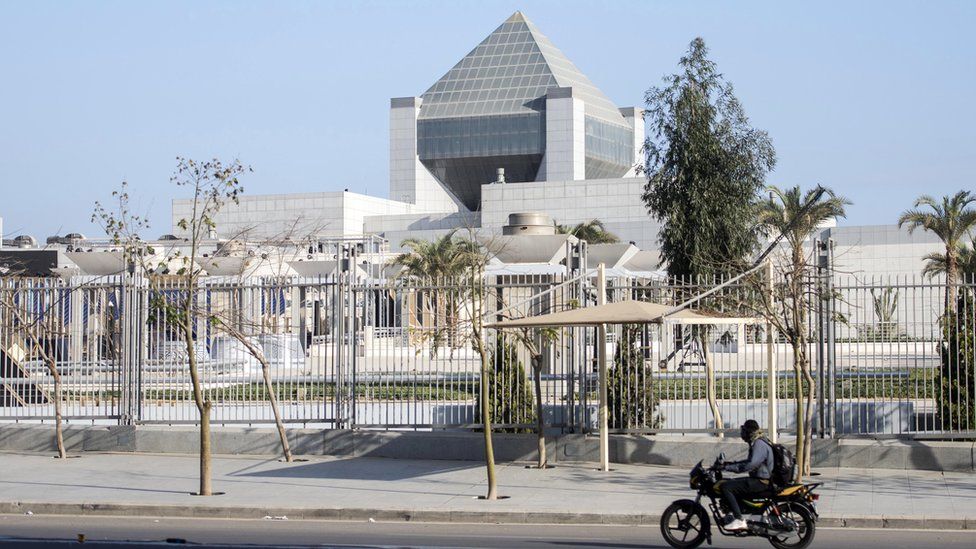 One of the main attractions of Saturday's event is King Ramses II, the most famous pharaoh of the New Kingdom, who ruled for 67 years and is remembered for signing the first known peace treaty.

Another is Queen Hatshepsut, or Foremost of Noble Ladies. She became ruler even though the customs of her time were that women did not become pharaohs.

Each mummy will be carried on a decorated vehicle fitted with special shock-absorbers and surrounded by a motorcade, including replica horse-drawn war chariots.

While ancient mummification techniques originally preserved the pharaohs, for the move they have been placed in special nitrogen-filled boxes to help protect them against external conditions. Roads along the route have also been repaved to keep the journey smooth.

"The Ministry of Tourism and Antiquities has done its best to make sure that the mummies have been stabilised, conserved, and are packed in a climate-controlled environment," said Salima Ikram, professor of Egyptology at the American University in Cairo.

The mummies were discovered in 1881 and 1898 in two caches in the ruins of Thebes, Egypt's ancient capital - modern day Luxor in Upper Egypt.

"They have already seen a lot of movement in Cairo and before that in Thebes, where they were moved from their own tombs to other sepulchres for safety," Dr Ikram pointed out.

While most of the ancient rulers' remains were brought from Luxor to Cairo via boat on the Nile, a few were transported in the first-class carriage of a train.

They were housed in the iconic Egyptian Museum and visited by tourists from around the world for the past century.


Valley of the Kings​

Egypt's authorities are hoping that the new museum, which opens fully this month, will help revitalise tourism - a prime source of foreign currency for the country.

The industry has been battered by political turbulence over the past decade, and more recently by the pandemic. 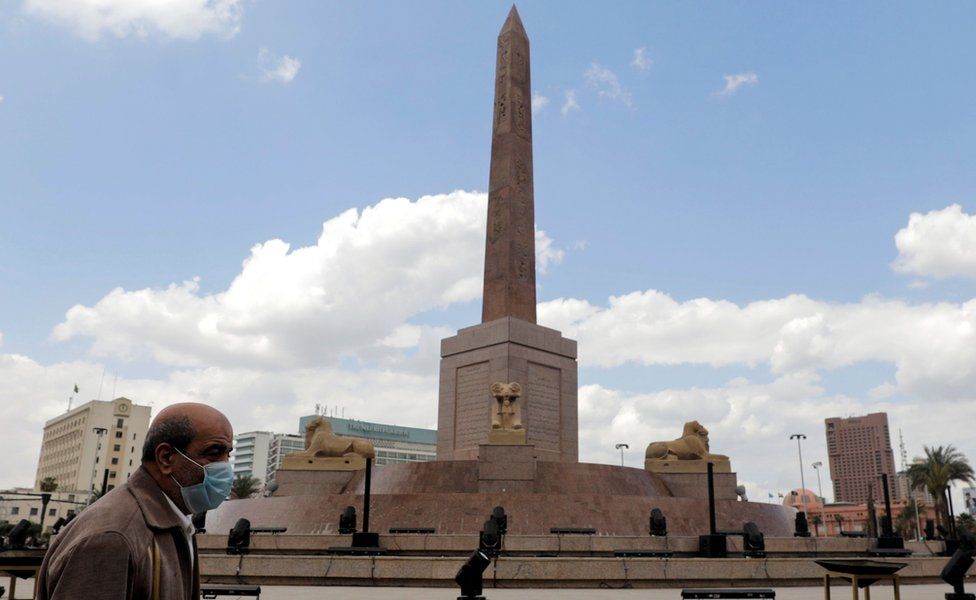 The Ramses II Obelisk in Tahrir Square, Cairo, dedicated to the most famous pharaoh of the New Kingdom

Saturday's move of the mummies will be streamed online for all enthusiasts of ancient Egypt to watch.

The new exhibits will now be housed in the Royal Hall of Mummies and will go on display to the general public from 18 April.

The hall has been designed so that visitors will experience the illusion of being in the Valley of the Kings in Luxor.

Separately, a new Grand Egyptian Museum which will house the famous Tutankhamun collection is due to open next year, close to the Great Pyramids at Giza. 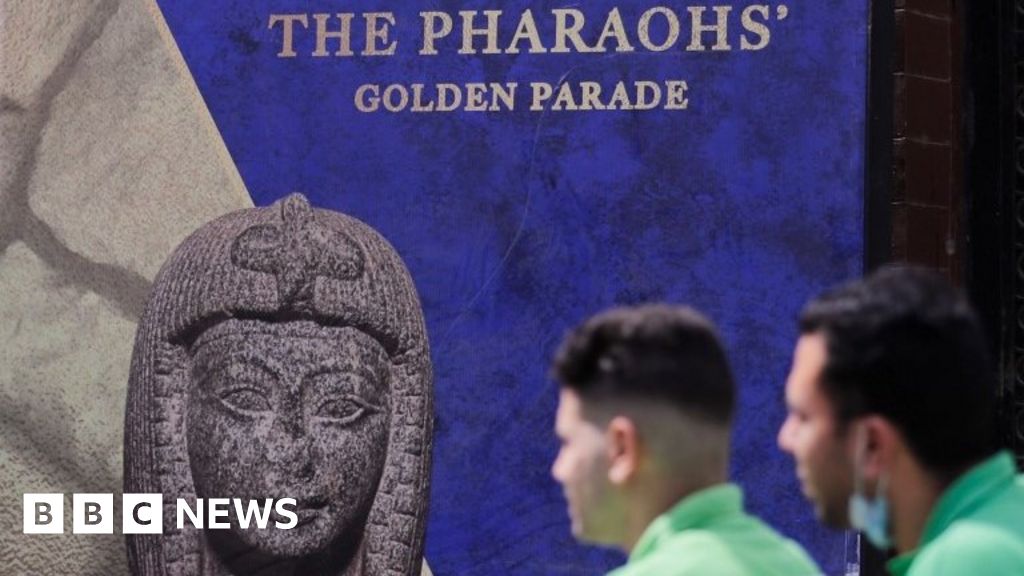 Egypt mummies to pass through Cairo in ancient rulers' parade

The Cairo spectacle will see the remains of 18 kings and four queens taken to a new resting place.
www.bbc.co.uk
You must log in or register to reply here.
Top Bottom