Dinas Dinlle Iron Age hillfort is being lost to the sea

Iron Age hillfort is being lost to the sea in Gwynedd​

Archaeologists have returned to the site of an ancient Welsh hillfort in a bid to uncover more of its secrets before being lost to the sea.

Excavations in 2019 by a beach near Caernarfon revealed one of the largest Iron Age roundhouses ever discovered in the region.

But the site at Dinas Dinlle is slowing falling into the ocean.

Archaeologist Rhys Mwyn said: "The hillfort is not going to last another 2,000 years."

He is one of the team leading the latest dig by Gwyenedd Archaeological Trust.

The 43ft (13m) wide roundhouse was buried by coastal sand, thought to have blown there during a sandstorm in 1330.

Coins found at the fort suggest it was occupied in Roman times. 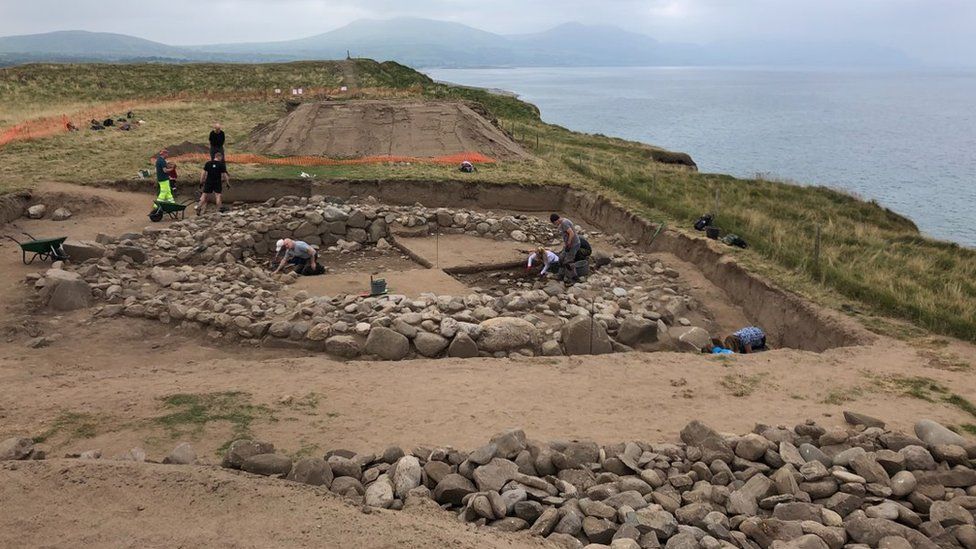 The the dig is under way at Dinas Dinlle, near Caernarfon in Gwynedd

But just under a third of the site has already been lost to the Irish Sea since 1900.

"When we look here near the cliff, it is almost scary how close the cliff is to the archaeology, so within the next 50 years we're certain to lose much of the archaeology on this side... the west side of the fort," added Mr Mwyn.

"I'm afraid that nature is going to win here."

Experts predict the 125-acre hillfort location could be completely lost within 500 years due to climate change.

The latest dig is being funded in collaboration with the Welsh government heritage body Cadw, the National Trust, which owns the scheduled monument site, and the Cherish project (Climate, Heritage and Environments of Reefs, Islands and Headlands). 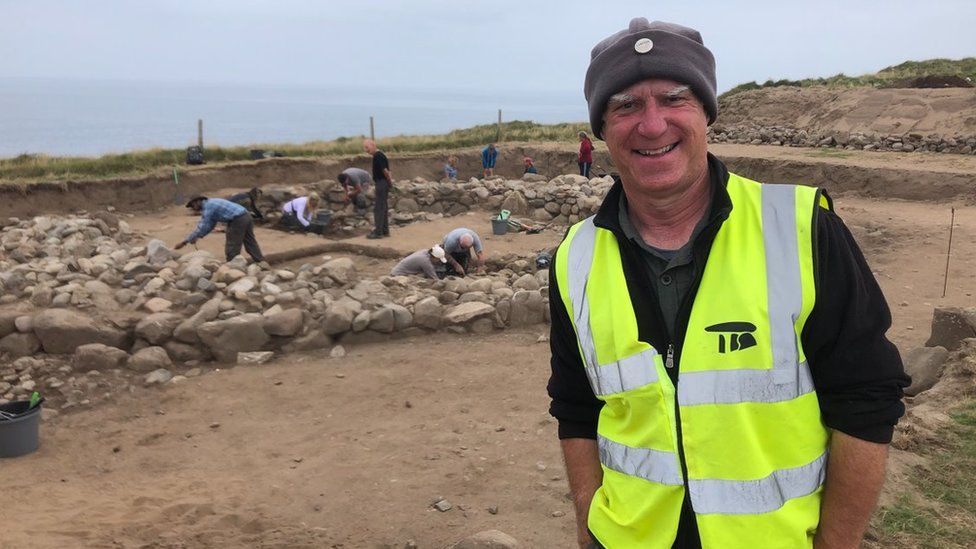 "It's not going to last forever," says archaeologist Rhys Mwyn

The team is also trying to uncover the hidden past of another nearby hillfort at Craig y Dinas.

Mr Mwyn said: "There's a positive side that we get to see the roundhouse, but the negative side is that it's not going to last forever." 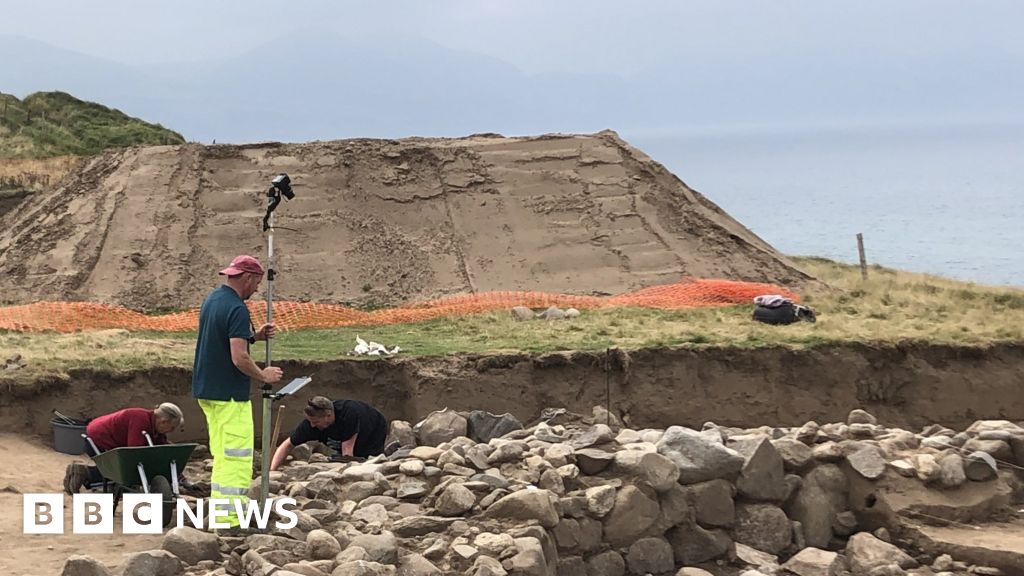 Iron Age hillfort is being lost to the sea in Gwynedd

Archaeologists return to an ancient Welsh hillfort being reclaimed by the Irish Sea.
www.bbc.co.uk