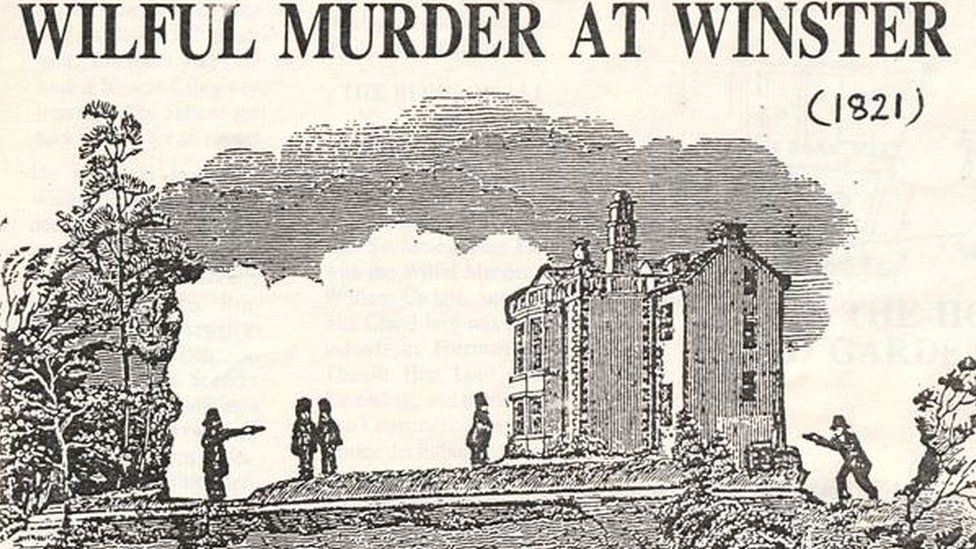 The 200th anniversary of a duel which sparked national headlines - and may have led to a church monument disappearing - is being marked.

A dispute between William Brittlebank and local doctor William Cuddie, over Brittlebank's sister, led to the latter being shot in Winster, Derbyshire.

Claims that Mr Cuddie had been forced into duel, and that Brittlebank managed to escape, prompted a scandal.

Actors will play out the events, where they happened, this weekend. 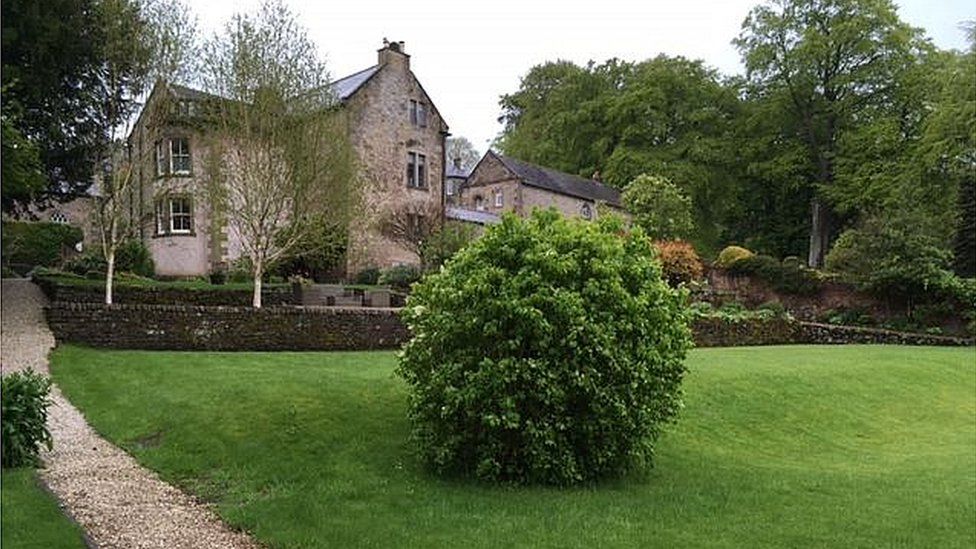 According to reports of the time, the Brittlebanks - wealthy local landowners - had become outraged that a mere country doctor was courting a lady of the family.

After a confrontation while the couple were out walking, three Brittlebank brothers, William, Andrew and Francis, along with friend John Spencer, went to the doctor's house.

Geoff Lester, who has helped to organise the re-enactment, said: "Accounts vary but it is agreed that William Cuddie did not want to fight.

"But also he refused to apologise for seeing the sister, called Mary we think, so a gun was pressed into his hand and he was fatally wounded." 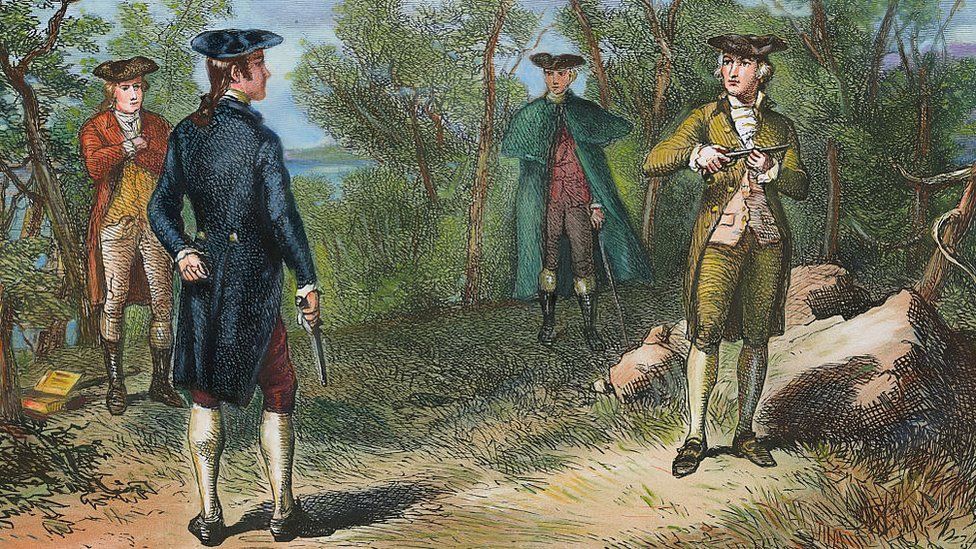 Duelling had long been illegal but for many years had never been prosecuted.

However by 1821 public opinion had begun to turn and the Brittlebank brothers and Spencer were charged with murder.

But justice was far from blind, as Mr Lester revealed.

"William Brittlebank jumped bail and was never seen again," he said. "The others stood trial but were acquitted.

"As landowners, many people were beholden to the family and many people resented them - while Cuddie was highly thought of.

"It felt to many like there was one law for the rich." 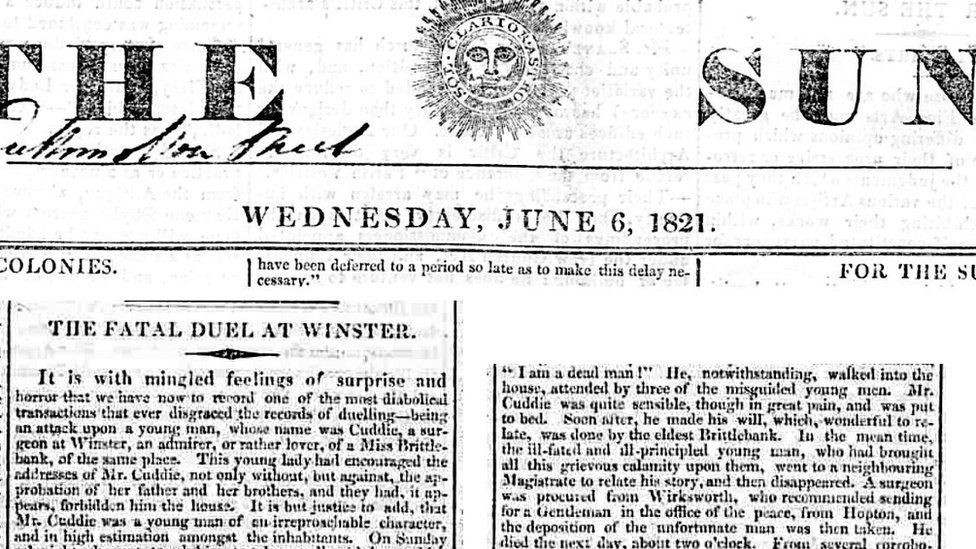 The story made newspapers across England and mass-market handbills turned the details into lurid rhyme.

"Foul deeds like these on Heaven for vengeance call, when harmless man is shot with poison'd ball," said one.

A plaque to Mr Cuddie's memory - referring to him as a "sacrifice to the rash intemperance, And misguided feelings of youth" - was erected in the local church.

But in 1840 the church was heavily remodelled and during the work - funded by the head of the Brittlebank clan, William senior - the plaque vanished.

In the form of a 'mummers' play' - a traditional open air performance - the story will be retold around the village on Saturday.

Mr Lester said: "What we are doing is a sort of street theatre - outdoors, so [it] fits in with government guidelines.

"The duel was an important event in Winster and put us in the national spotlight." 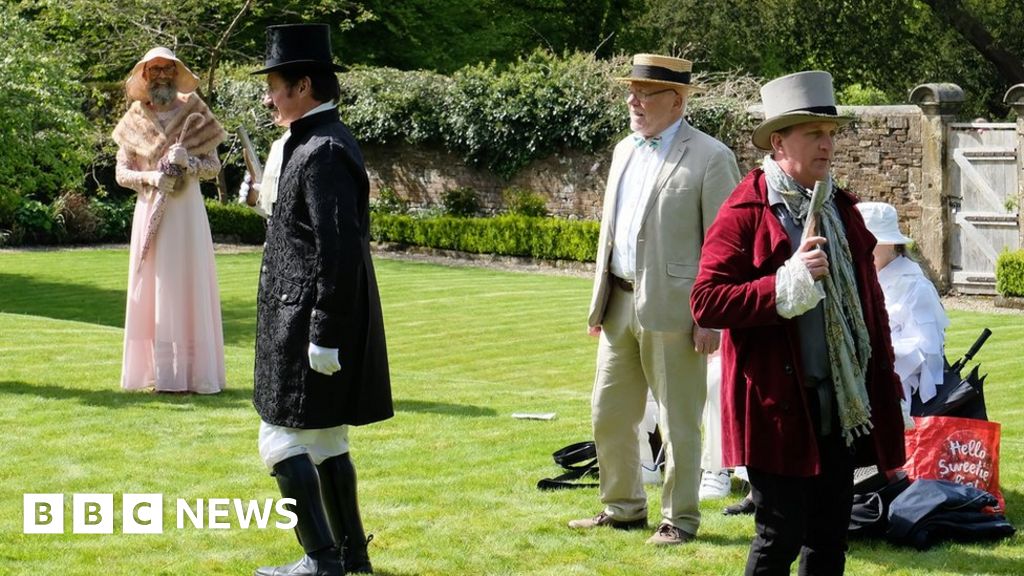 The shooting of a country doctor led to outrage in Winster and scandal across the country.
www.bbc.co.uk
You must log in or register to reply here.
Top Bottom