Vatcher, 23, is an electrician and has an unusual platform.

“When I launched my campaign, I made sure I was being truthful: Vote for me, I have no experience,” said Vatcher on Tuesday.

“I’m an electrician, not a politician.”

Warming to his theme, Vatcher added: “Residents tell me they want someone who is going to put high voltage into the local economy and hard-wire honesty and integrity into every decision.”

And he said, it will be “lights out” to waste at city hall and to such local irritants as the flood of 50 pot shops in Brampton.

“Council made the decision to part ways with five city managers and that will cost the city of Brampton $1.2 million in severance and salary,” said Vatcher.


“That’s the kind of wasteful spending that’s got to stop.”

Vatcher said he goes to work every day and understands the value of a strong economy. And, as a former foster care child, he said he also knows what it means to have a strong social safety net.

Asked if he admires anyone in politics, he said he does: the late Bill Davis, whom Vatcher described as a moderate and a centrist.

Vatcher crossed paths with Davis a few times, and said the former premier told him, “You could be prime minister of Canada one day.”

The mayoral hopeful attended North Park Secondary school in Brampton and then went to Herzing College to become a construction electrician.

His family, his fiance Lauren Rozario and the Brampton residents who signed his nomination forms — “they are the people who have encouraged me to run for office.”

Vatcher firmly believes that Brampton Mayor Patrick Brown will win his bid to become the next leader of the federal Conservative party in September. So, he added, it’s his task is to replace Brown — not defeat him. 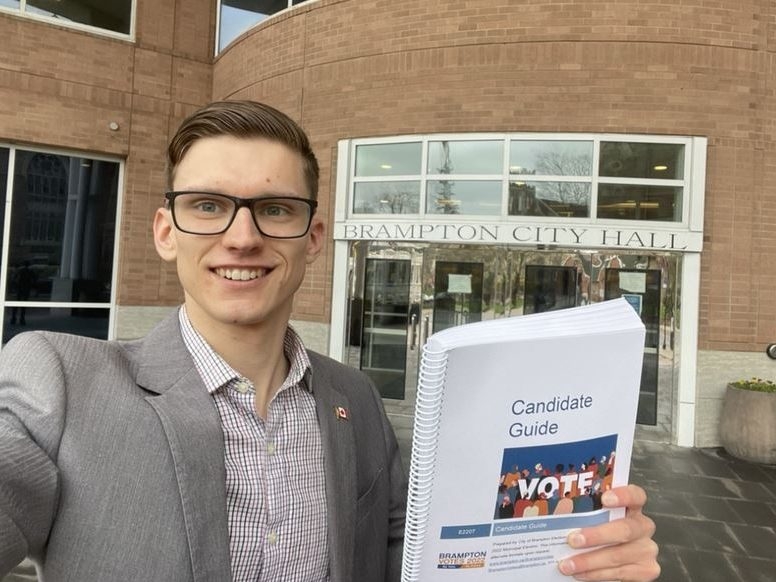 Cody Vatcher has come out of nowhere to run for mayor of Brampton.

Should be an electrifying campaign...... Unlike Brown's for PCC leader.....lol
You must log in or register to reply here.
Top Bottom