BRAUN: Canadians fail to live up to polite reputation on the road

A survey from InsuranceHotline.com shows that many Canadians are getting hot under the collar while sitting behind the wheel.


Despite a reputation for kindness and good manners, the 1,500 Canadians polled in the survey admitted to all kinds of angry antics on the road — honking, speeding, tailgating, making rude gestures, and hollering, just for starters.

But here’s the strangest statistic from the survey: 95% of respondents admitted to road-rage-like behaviour.

And yet 94% of the same people perceive themselves to be courteous drivers.

Insurancehotline.com calls it a Dr. Jekyll and Mr. Hyde situation.

Admittedly, the Leger survey involved was done at the beginning of April — just when Canadians realized they were in for a very bad COVID-19 third wave.

About three in 10 drivers (28%), for example, have thought about doing something rash behind the wheel, such as throwing something at another driver or car, physical confrontation, or following someone for a while in order to scare them.

This advertisement has not loaded yet, but your article continues below.
Article content
Drivers under the age of 35 (38%) were more likely to admit to these thoughts than those 35 or older (25%).

Worse yet, 14% of hotheads got mad enough to actually act on such aggressive thoughts. This behaviour is mostly young and male, with drivers under the age of 35 about twice as likely to act on their impulses as those over 35.

Anne Marie Thomas, an insurance expert at InsuranceHotline.com, wants drivers to remember it’s just not worth it.


All this bad behaviour on the roads, she figures, is due to frustration, “And that translates into bad behaviour.”

Thomas was most surprised by the statistic that says 28% of drivers have been angry enough to think about doing something impulsive.

“The moral of that story is tread with caution! You don’t know who you’re sharing the road with or what kind of day they’re having.”

So hold back on honking or giving someone the finger — angry acts can quickly become full-on road rage. “It can escalate quickly,” said Thomas.

She saw that first hand recently, as two men leaped out of their cars and engaged in a fistfight in the roadway.

Aggressive or dangerous driving is not taken lightly by police, and getting charged is going to cost you at insurance renewal time.

“We already don’t like paying the premium. Why risk paying even more? Some people see a 100% increase in their premium for dangerous driving.

“People don’t think about their driving behaviour and their insurance rates and they should — there’s a direct correlation. The penalties are severe.”

This advertisement has not loaded yet, but your article continues below.
Article content
The Insurancehotline.com survey offers a couple of tips for staying calm behind the wheel, and the first one is to give yourself plenty of time to get places. Being late is stressful.

It’s useful to map your journey beforehand — again, less stress when you know where you’re going — and other advice includes treating fellow drivers with respect and not reacting to aggression.

It’s better not to make rude gestures, as well.

Given her extensive experience in the insurance business, does Thomas have any advice for those who are hotheads behind the wheel? Indeed she does: 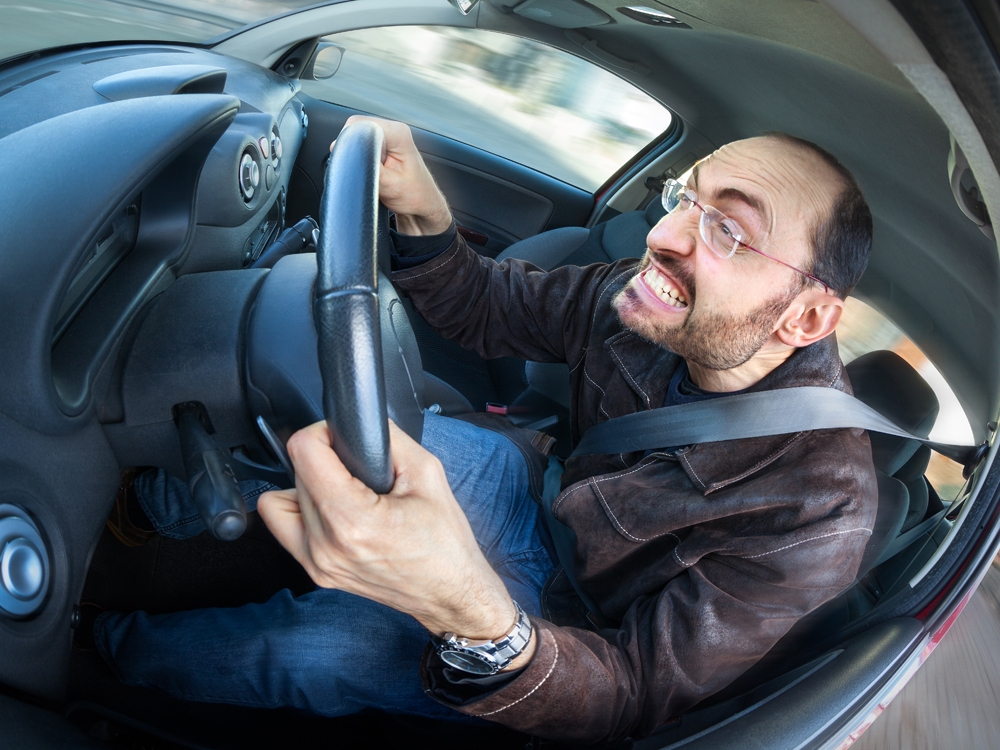 BRAUN: Canadians fail to live up to polite reputation on the road

Are Canadian drivers getting ruder?