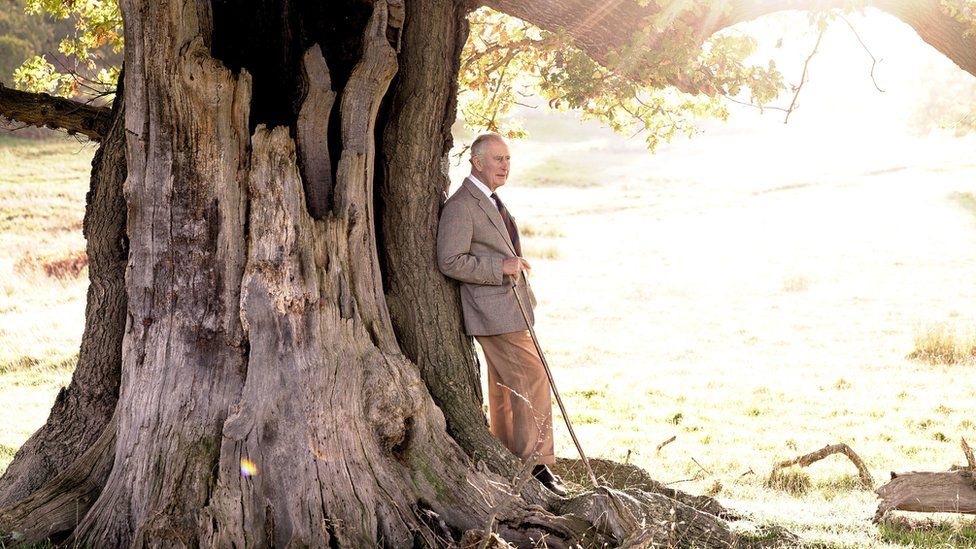 An official photograph has been released to mark the King's 74th birthday - showing him in his new role as ranger of Windsor Great Park.

King Charles III is seen leaning on an ancient oak tree in the park, as he takes on a role once held by his father, Prince Philip.

The photograph, full of autumn sunshine, was taken last week.

The King is expected to mark the day privately, his first birthday since becoming monarch.

Outside Buckingham Palace, during the changing of the guard ceremony, the band of the Household Cavalry played Happy Birthday.

There is also a royal tradition of the monarch having a separate official birthday in the summer, which is tied to the Trooping the Colour parade.

The date of Queen Elizabeth II's official birthday was always scheduled for a Saturday in mid-June and saw the announcement of the annual Birthday honours. It has not yet been confirmed whether the same routine will be followed by the King. 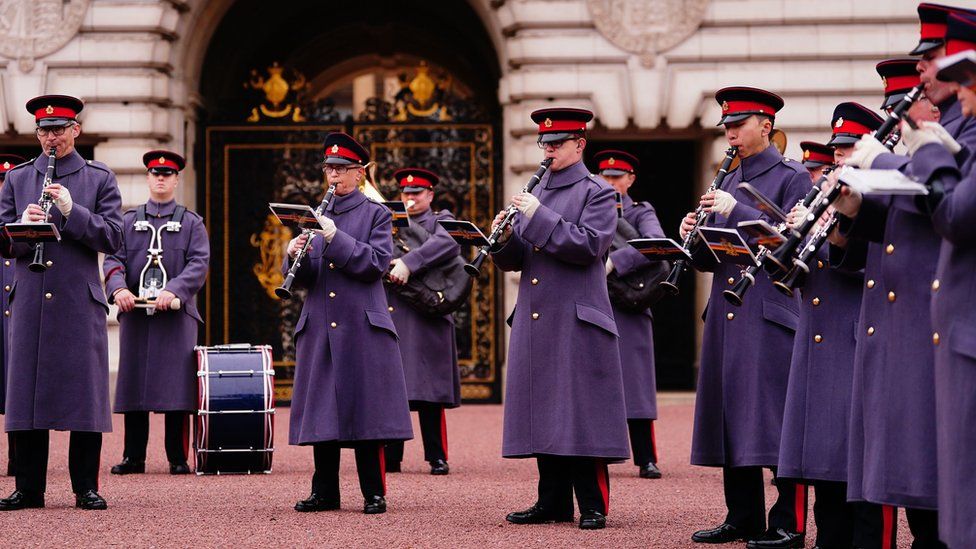 Gun salutes will be fired across London in honour of his birthday for the first time, with the King's Troop Royal Horse Artillery firing 41 volleys from midday at London's Green Park and the Band of the Scots Guards also set to perform Happy Birthday immediately afterwards.

The King's Troop is a mounted ceremonial unit in the British Army that fires salutes on royal anniversaries and major events like state visits, as well as providing a gun carriage and a team of black horses for state and military funerals.

An hour later at 13:00 GMT the Honourable Artillery Company will fire a 62-gun salute at the Tower of London.

King Charles has enjoyed a few memorable birthday celebrations in the past.

Ahead of his 50th in 1998, the then Prince of Wales attended the recording of a star-studded televised birthday gala filmed at London's Lyceum Theatre to raise money for the Prince's Trust charity.

It featured a special comedy sketch with Rowan Atkinson reprising the role of Lord Blackadder from the beloved comedy series and Stephen Fry playing the then Prince of Wales.

But perhaps the most notable moment from the evening was Geri Halliwell, who had just quit the Spice Girls, singing Happy Birthday in a breathless style reminiscent of the iconic rendition sung by actress Marilyn Monroe to US President John F Kennedy in 1962. 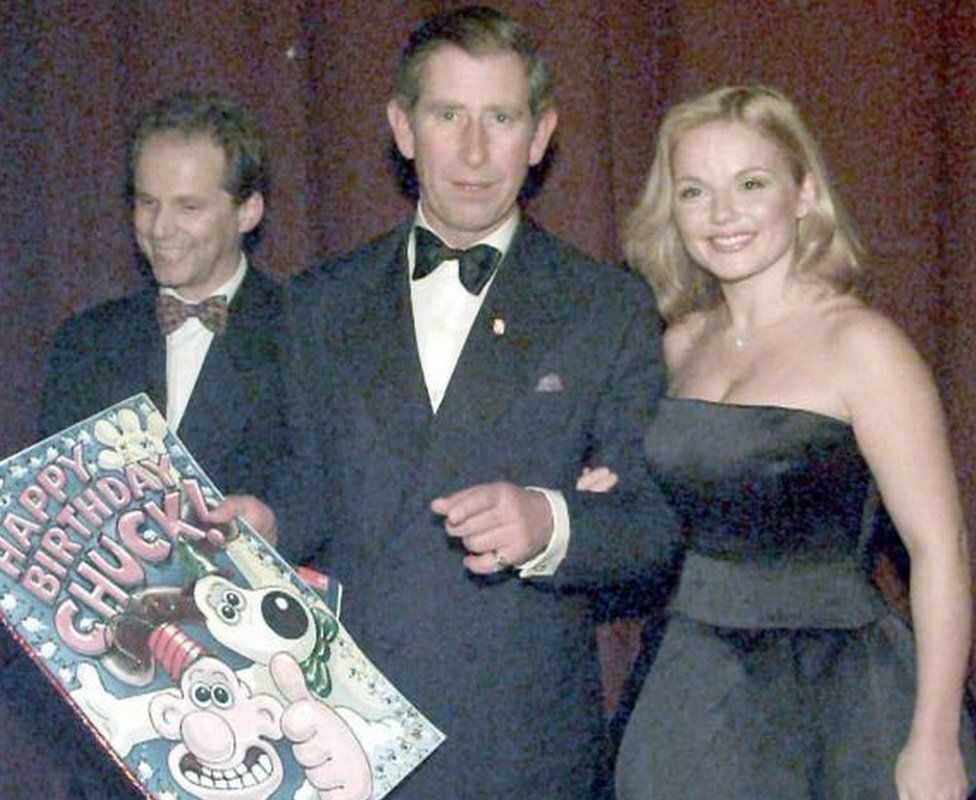 As Prince of Wales, he was sometimes away on official foreign tours during his birthday and would celebrate it overseas with a cake.

On his 70th, the King revealed his love of "groussaka" - his version of the Greek dish moussaka, but with grouse instead of lamb. 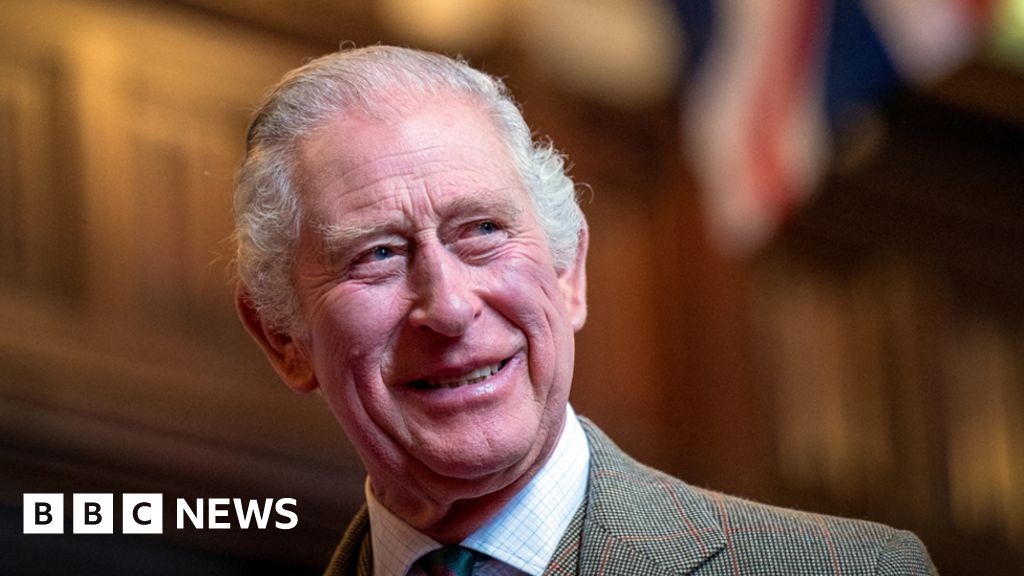 King Charles celebrates his 74th birthday, his first as monarch

No public engagements are planned and King Charles is expected to mark the milestone privately.
www.bbc.co.uk

The King was born on 14th November 1948 at Buckingham Palace.