No vaccine when he took office?

Twin_Moose said:
No vaccine when he took office?

So which is it? Doesn't matter he can't help himself, He even lied about winning an election

TALLAHASSEE, Fla. (WCTV) - Thursday, Florida Attorney General Ashley Moody, alongside attorneys general from 17 other states, wrote a letter in which they urged President Joe Biden to reverse the decision to end a federal enforcement action targeting convicted sex offenders in the country illegally.

The U.S. Immigration and Customs Enforcement’s “Operation Talon” is a nationwide operation that focuses on removing illegally present convicted sex offenders from the U.S., according to the release.

In the release, Moody said, “The reversal of a federal enforcement operation created to prevent the molestation, rape and sex trafficking of women, men and children is extremely concerning to me. As Attorney General, not a day goes by where I am not focused on how to end sex trafficking, especially the rape and torture of children—which, as a mother, disgusts me.”

Moody said that this should also disgust President Biden, and because of this, she, along with Alabama, Arkansas, Georgia, Indiana, Kansas, Kentucky, Louisiana, Mississippi, Missouri, Montana, Nebraska, Oklahoma, South Carolina, South Dakota, Texas, Utah and West Virginia attorney generals are calling on the Biden Administration to “immediately reinstate Operation Talon, to protect vulnerable populations from sexual abuse and help us end the disturbing epidemic of human trafficking in this country.”

The full letter can be read below: 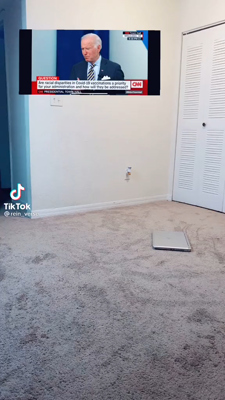 
https://twitter.com/i/web/status/1363534882559975428
As winners never fail to remind losers, elections have consequences. But rarely is there a  single day where consequences pack as much wallop as Friday, where the irrationality of Joe Biden’s policies came into full view.

From the border with Mexico, where the new administration started opening the doors to at least 25,000 migrants seeking asylum, to the Mideast tinderbox, where it moved to rejoin the misbegotten Iran nuke deal, the new president appears fixated by the desire to turn back the clock to 2016.

It’s as if Biden has been seized by a sentimental longing to try to make the world like it was when the Obama-Biden administration left office. Unfortunately, “The Way We Were” is a nice song but not much of a guide to the future.

Still, trying to recapture the past would be reasonable if those years had created prosperity at home and peace abroad. In fact, the world Donald Trump inherited was bristling with trouble and America’s economy was moving forward at a snail’s pace.

Despite revisionist efforts by the media and the left to erase the achievements of the president they hated, Trump had major policy successes that benefited all Americans. It’s especially unnerving, then, that Biden is choosing to reverse the very policies that produced those benefits.

Trump Derangement Syndrome leads people to do weird things, but Biden’s attempt to cancel Trump’s biggest victories is among the weirdest.

The migrant admittances, through a border crossing in San Diego, came after Biden scrapped his predecessor’s policy of having asylum-seekers wait in Mexico. The “Remain in Mexico” program was an effective solution to the endless stream of caravans of Central Americans that moved north to escape violence and find work in a booming US.

The Obama-Biden policy had been to admit the asylum applicants and turn them loose pending hearings. Naturally, many never showed up because they knew they could not qualify as refugees from persecution. But their ability to stay here illegally served as an incentive for others to follow.

Instead of building on the program that reduced mass migrations, Biden returned to the broken system Trump had fixed. Biden also pledges not to build another foot of border wall and pause nearly all deportations for 100 days. It goes on a lot more with headscratchers
Reactions: bob the dog 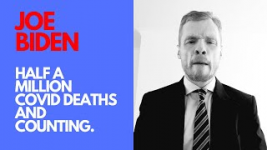 Wow what do you think JLM?

A great game to play: try not to laugh at the liberals... 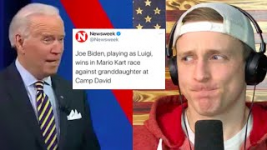 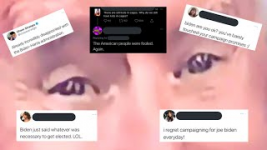 Question is did Biden know?

Biden being creepy for 2 minutes.

Crazy to think the Americans decided to elect this guy. Or did they?