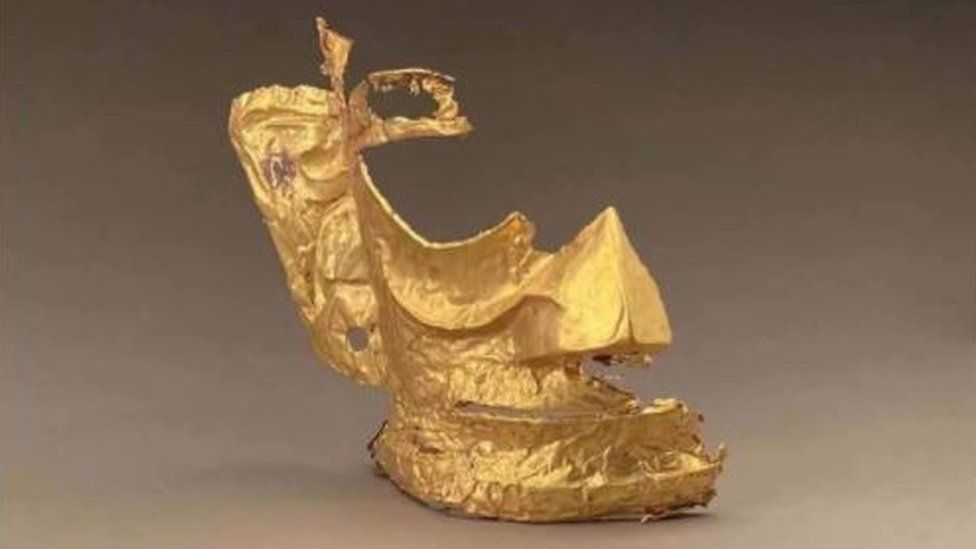 The mask was found to be 84% pure gold

A 3,000-year-old ceremonial gold mask has become an unexpected social media sensation in China after its recent discovery in Sichuan province.

The artefact was one of 500 Bronze-Age relics found at the Sanxingdui archaeological site.

Experts say the discovery could provide new insights on the ancient Shu state, which ruled the area before 316 BC.

But the mysterious half-faced mask has also spawned a popular meme and tribute videos on social media.

As soon as the latest batch of discoveries was announced on Saturday, users of microblogging platform Weibo started making pictures superimposing the mask on the faces of pop culture figures. 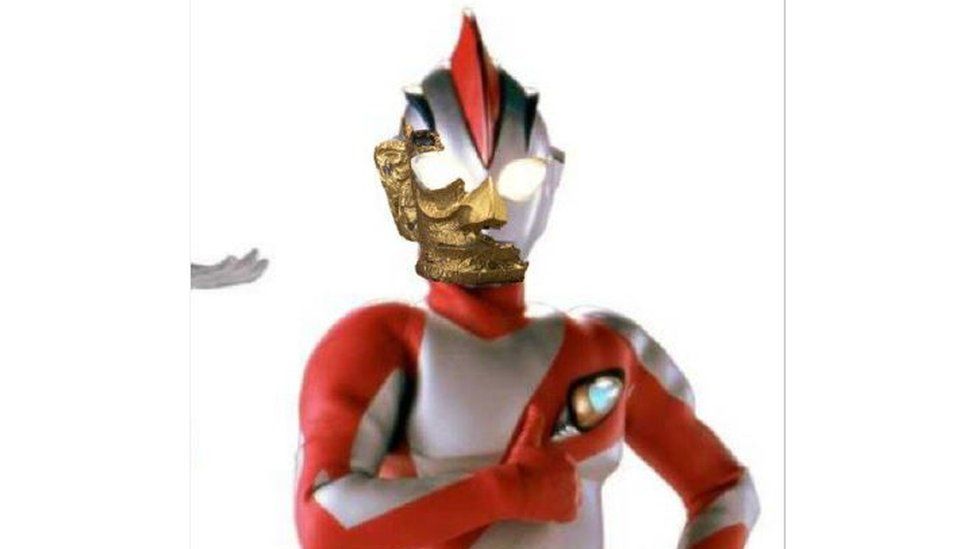 One popular image showed the Japanese action figure Ultraman with the mask... 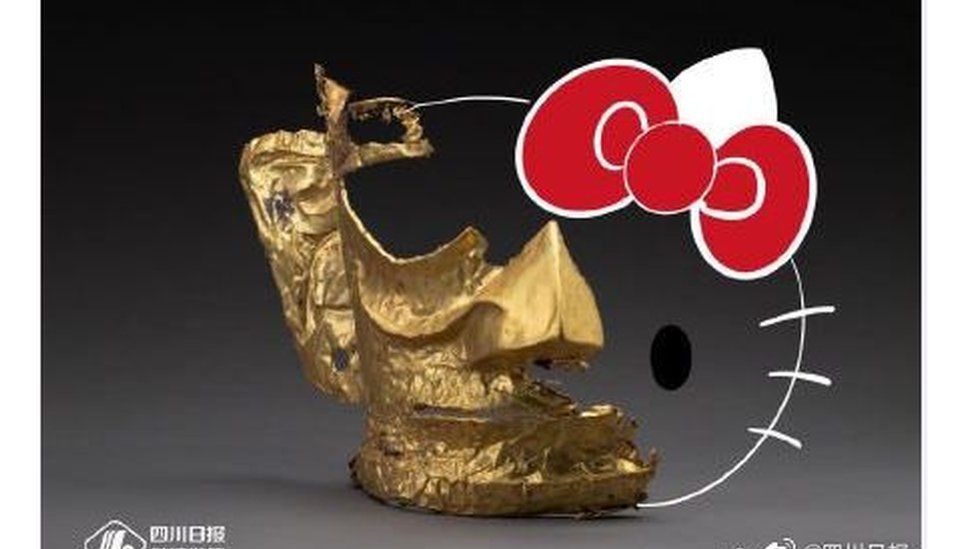 ...while Hello Kitty got the same treatment 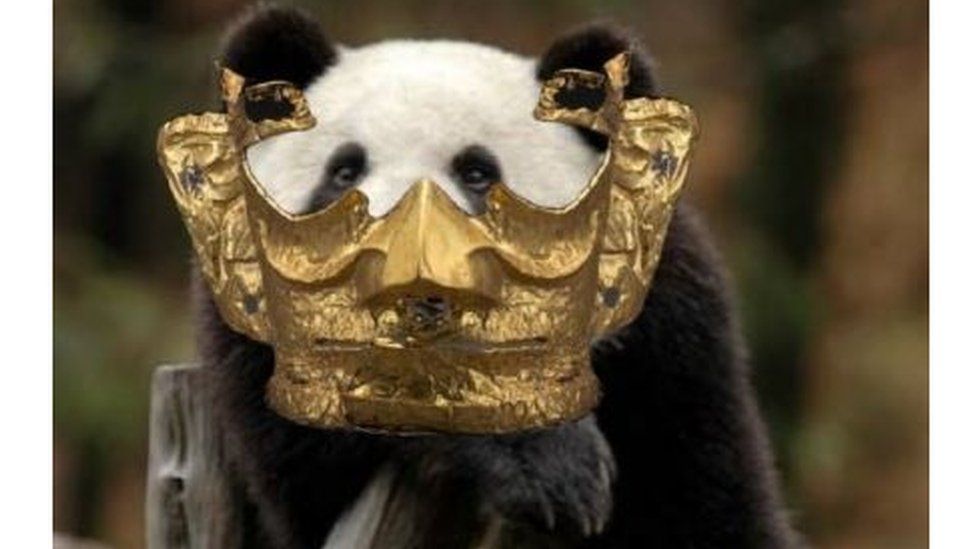 Even this panda wasn't spared

Officials at the museum for Sanxingdui - one of the most important archaeological sites in China - soon joined in on the fun.

"Good morning, we've just woken up, apparently everyone's been busy doing some Photoshopping?" the museum said in a recent Weibo post while sharing its own take on the meme. 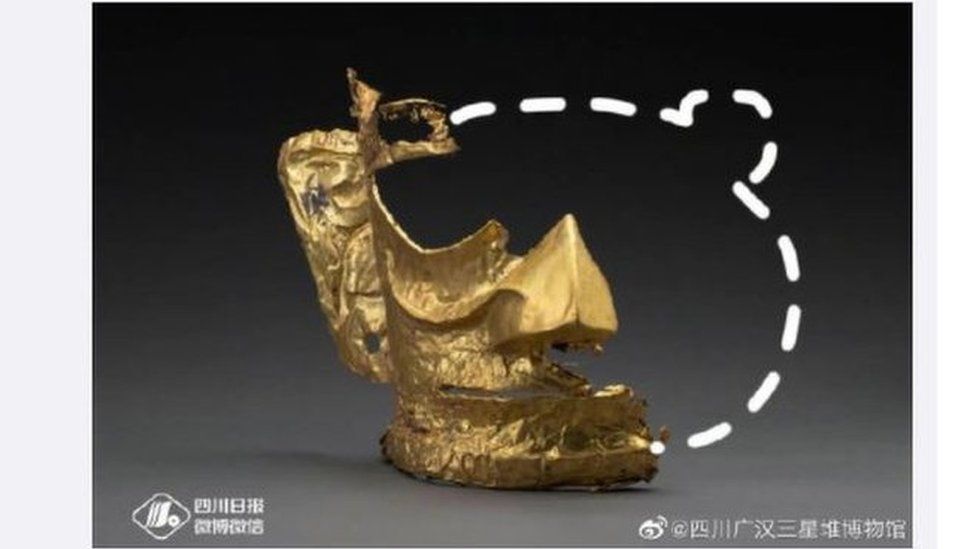 Filling in the gaps: the museum posted this picture outlining a teddy bear's face

The museum also released a promotional animated music video starring the mask and other artefacts, while a rap song created by a TV host praising the "intelligence" of the ancient civilisation has gone viral.

It is not the first time a Chinese artefact has attracted the attention of social media users - in August, another relic was found to resemble the pig characters in popular video game Angry Birds.

In addition to the gold mask, archaeologists at Sanxingdui have found bronze pieces, gold foils as well as artefacts made from ivory, jade and silk.

The items were uncovered in six "sacrificial pits", said the National Cultural Heritage Administration, which the Shu civilisation used to offer sacrifices in prayers for prosperity and peace.

The Sanxingdui ruins were discovered by accident by a farmer in 1929. To date, more than 50,000 relics have been unearthed at the site, which is around 60km (37 miles) from the city of Chengdu. 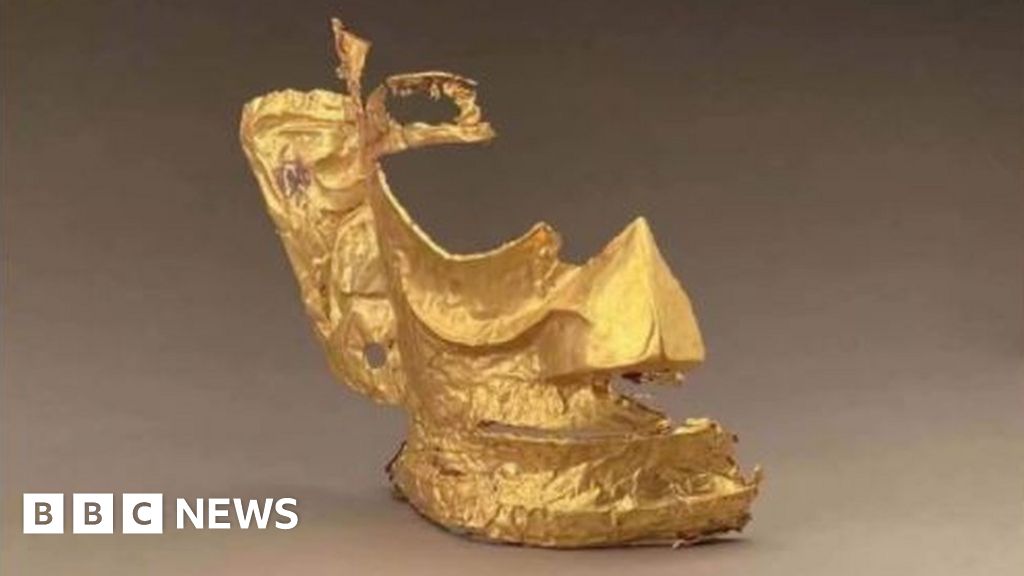 The recently-discovered artefact has triggered a photo-editing frenzy on Chinese social media.
www.bbc.co.uk
You must log in or register to reply here.
Top Bottom