Ireland have a try so they only need to win by at least six points.

So far so good for England.

France need to score at least 17 more points without reply to win the tournament.

Ireland need to score at least 21 more points without reply to win the tournament.

With just seven minutes to go, something extraordinary would need to happen for either to occur.

England are seven minutes away from winning the 2020 Six Nations Championship. 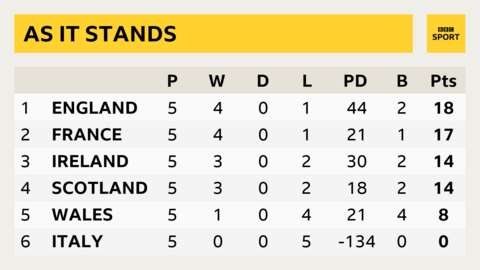 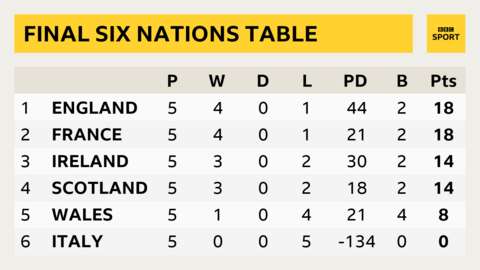 The trophy presentation is at 1:30.

England finally get their hands on the trophy...

How England won the title

England came into this tournament as World Cup runners-up, but the Six Nations title seemed far from their reach after the opening game:

2 February: Fall to a chastening 24-17 defeat as resurgent France side stun England with first-half blitz in Paris. Jones' men did leave the Stade de France with a losing bonus point which would later prove crucial in their title win.

31 October: Ben Youngs scores twice on his 100th cap as England beat Italy with a bonus point and later secure the title thanks to France's victory against Ireland 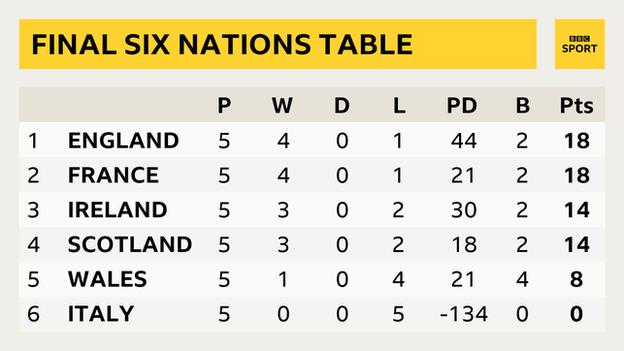 https://www.bbc.co.uk/sport/rugby-union/54765970
You must log in or register to reply here.
Top Bottom