and no, I have no sympathy for drug addicts or alcoholics that off themselves or od. They choose to do what they are doing. Therefore I see no reason to have their deaths memorialized on an internet site. There are many far more people that have gone through a lot in there life and died by no fault of their own that deserve it more than some "famous" person who did it to themselves. 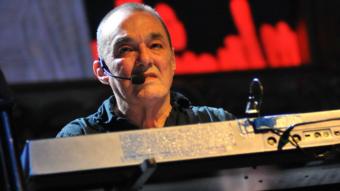 The Stranglers keyboard player Dave Greenfield has died at the age of 71 after testing positive for Covid-19.

Greenfield died on Sunday having contracted the virus after a prolonged stay in hospital for heart problems.

He penned the band's biggest hit, Golden Brown, a song about heroin, which went to number two on the UK singles chart in 1982.

He said: "On the evening of Sunday May 3rd, my great friend and longstanding colleague of 45 years, the musical genius that was Dave Greenfield, passed away as one of the victims of the Great Pandemic of 2020.

"All of us in the worldwide Stranglers' family grieve and send our sincerest condolences to Pam." 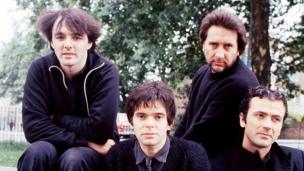 (Left to right) Dave Greenfield, Jean-Jacques Burnel, Jet Black and Hugh Cornwell of The Stranglers in 1980

Drummer Jet Black added: "We have just lost a dear friend and music genius, and so has the whole world.

"Dave was a complete natural in music. Together, we toured the globe endlessly and it was clear he was adored by millions. A huge talent, a great loss, he is dearly missed."

Greenfield, who originated from Brighton, joined the Stranglers within a year of their formation and they went on to be associated with the punk era.

He was soon known for his distinctive sound and playing style on instruments including the harpsichord and Hammond electric organ. Critics compared his sound to that of Ray Manzarek from The Doors.

Golden Brown, perhaps Greenfield's finest moment, eventually won them an Ivor Novello award; however his bandmates initially discarded the song and did not consider it a single.

The band's other hits include No More Heroes, Peaches and Something Better Change. They continued touring and recording after original frontman Hugh Cornwell left in 1990.

Don Shula sacked by the covid.

RIP to the most over rated coach of them all. 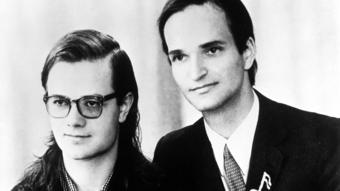 Florian Schneider, co-founder of highly influential electronic pop group Kraftwerk, has died at the age of 73.

The German quartet set the template for synthesiser music in the 1970s and 80s with songs like Autobahn and The Model.

They achieved both musical innovation and commercial success, and inspired scores of artists across genres ranging from techno to hip-hop.

Midge Ure described Schneider as "way ahead of his time", while singer Edwyn Collins summed it up with: "He's God".

Schneider formed the group with Ralf Hütter in 1970, and remained a member until his departure in 2008.

A statement said he "passed away from a short cancer disease just a few days after his 73rd birthday". 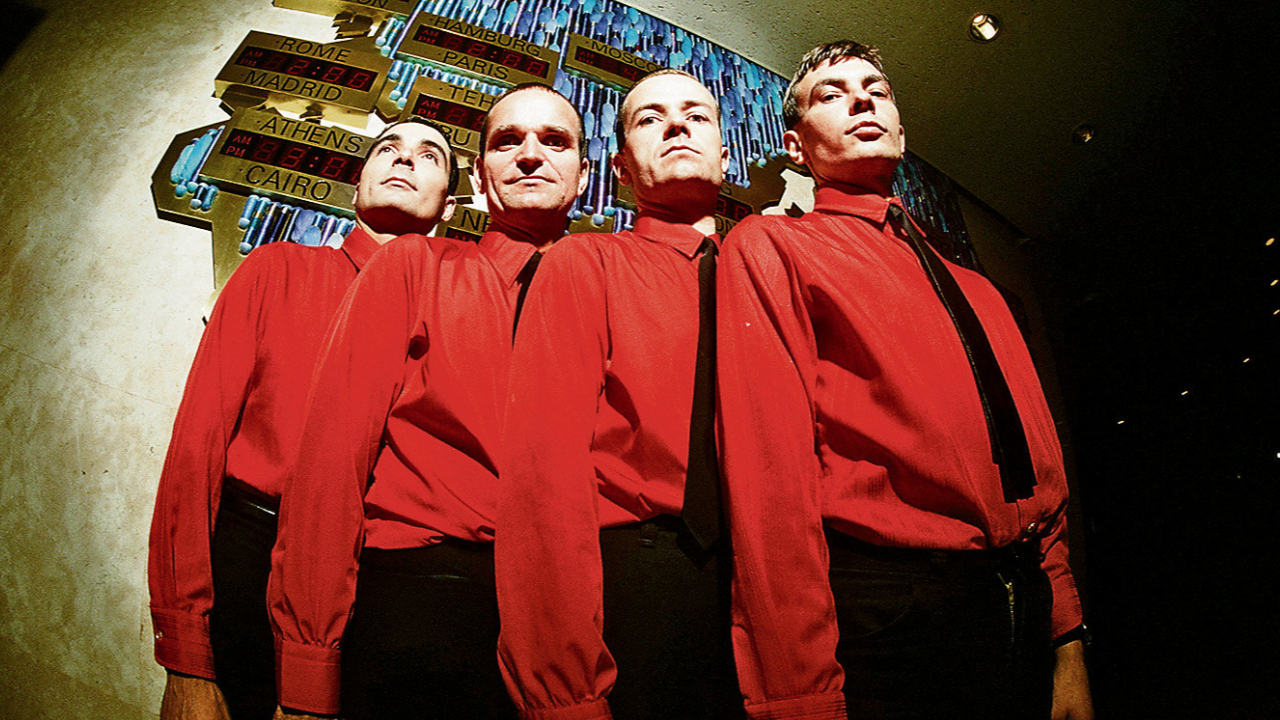 Tributes flowed from the music world. Spandau Ballet's Gary Kemp said Schneider was "such an important influence upon so much of the music we know", and had forged "a new Metropolis of music for us all to live in".

Duran Duran keyboardist Nick Rhodes remembered hearing Autobahn and "how radically different it sounded from everything else on the radio".

It "sparked my lifelong admiration for their innovation and creativity", and the group's "influence on contemporary music is deeply woven into the fabric of our pop culture", he wrote.

OMD said they were "absolutely devastated" at the news, and Jean-Michel Jarre also paid tribute.

The long list of artists to have been influenced by Kraftwerk included David Bowie, who named the track V-2 Schneider on his Heroes album after Schneider; as well Depeche Mode, New Order and Daft Punk.

Coldplay used a section from Kraftwerk's Computer Love in their hit Talk, while Jay-Z and Dr Dre borrowed from Trans Europe Express for their track Under Pressure. Kraftwerk reputedly turned down Michael Jackson, who wanted to collaborate. 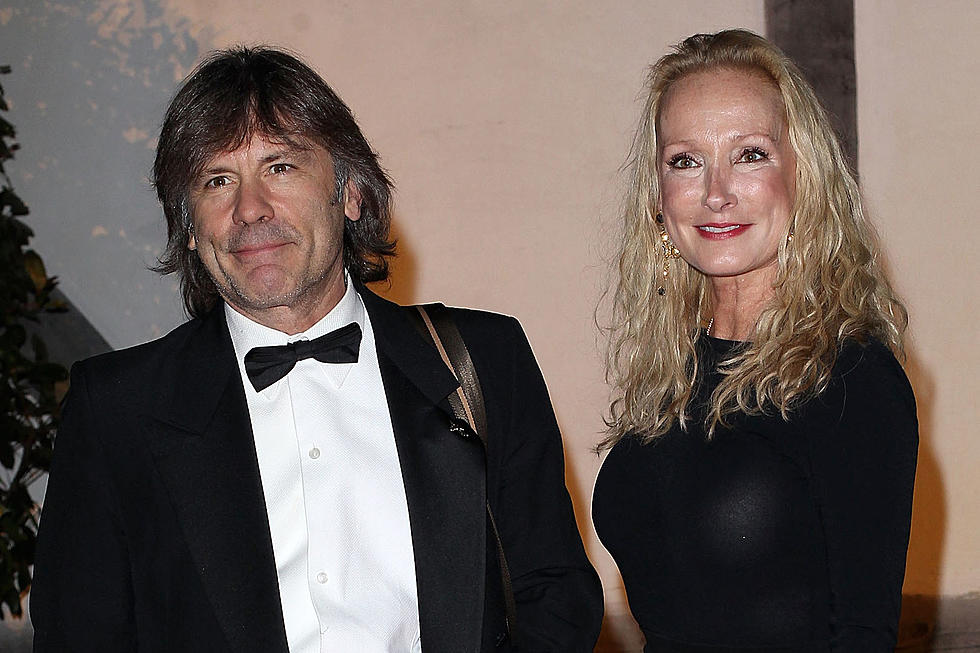 The estranged wife of Iron Maiden frontman Bruce Dickinson has died in a "tragic accident", according to a family statement.

Paddy Bowden, aged in her 50s, was found dead at the couple's marital home in Chiswick, west London, on Monday morning.

In a statement reported by the Daily Mail, Dickinson said: "This is a terrible tragedy which appears to be a tragic accident.

"Our children Austin, Griffin and Kia and I are devastated."

Dickinson, 61, added: "Out of respect for Paddy, we won't be making any further comment at this hugely difficult and painful time for our family."

Dickinson and Bowden married in 1990 after dating for two years but they parted in 2018, with a divorce reportedly worth £90m.

This came four years after he survived stage three throat cancer, having found out he had two tumours on his tongue.

In recent years, Dickinson has lived in France with his girlfriend, a fitness instructor.

She was priceless. RIP

One of the best musicians of his time. RIP

John Travolta's wife at the time of her death. RIP
H

The Redskin moniker laid to rest for good. 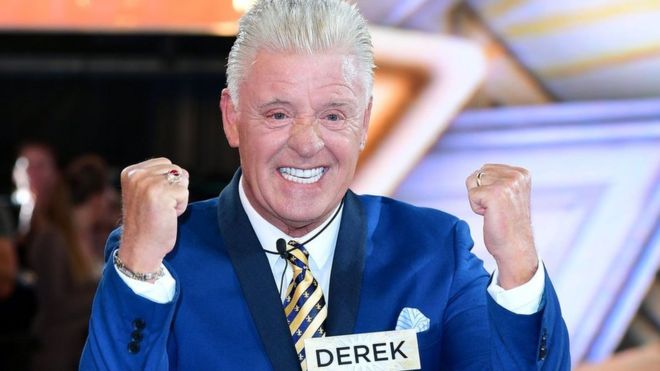 Television medium and psychic Derek Acorah has died aged 69, his wife has announced.

Gwen Acorah Johnson said her "beloved" husband had passed away "after a very brief illness".

She announced his death on his official Facebook page, adding: "Farewell my love! I will miss you forever!"

Acorah was best known for Living TV's Most Haunted, a reality TV series that followed a team of paranormal experts as they investigated haunted locations.

Most Haunted ran from 2002 to 2010 although it returned in an online edition and on Really TV at various times until 2019.

Acorah departed as the show's guest medium after six series in 2005 over claims of fakery.

His former co-host, Yvette Fielding told the Metro in 2006: "We tell people everything is real, then it turns out he was a fake, so he had to go."

Acorah, who was born Derek Johnson in Bootle, Merseyside, made a cameo appearance in the 2006 Doctor Who episode Army of Ghosts and entered the Celebrity Big Brother house in 2017, finishing in fourth place.

He was banned from driving for more than two years in 2014 when he admitted to careless driving and failing to provide a further breath test following a car crash.

He had performed regular live shows across the UK, with further tour dates planned for February and May, according to his website. He lived in Scarisbrick, near Southport, with his wife.

Mrs Acorah Johnson said she was "devastated", and thanked everybody who had supported her.

A 'medium'makes money by taking it from suckers while he dishonestly pretends to talk to the dead.
Too bad he didn't die in childhood.
You must log in or register to reply here.
Top Bottom