Taking one for the team?

Was she drunk?
Reactions: Twin_Moose

High on herself in a Bouyancy and Jay Zed kinda way?
Reactions: Twin_Moose

IT WAS ALL A LIE: Congress Was Evacuated on Jan. 6 Due to Pipe Bomb Threat — Not Because of Trump Supporters Walking Halls​

The discovery of a pipe bomb outside the Republican National Committee headquarters in Washington on Jan. 6 prompted police to evacuate two congressional buildings, not, as was believed, the attack on the U.S. Capitol, senators heard Tuesday.

U.S. Capitol Police learned of the discovery of two pipe bombs on Capitol Hill around the same time, just before 1 p.m. ET that Wednesday. Capitol Police responded to one bomb discovered by an RNC staff member at the organization’s office, just a few blocks from the Capitol. Metropolitan Police Department officers responded to a second pipe bomb that was spotted outside the nearby Democratic National Committee headquarters. Each department sent officers to respond, hurting the Capitol Police’s ability to secure the Capitol since MPD was called to the Capitol minutes after the bombs were discovered.

“That resulted in the evacuation of two congressional buildings, the Cannon House Office Building, as well as one of the Library of Congress buildings. So it took extensive resources,” then-Capitol Police Chief Steven Sund said in a joint hearing before the Senate Rules Committee and Senate Homeland Security and Governmental Affairs Committee Tuesday afternoon.

“That is correct,” said Sund.
Reactions: Danbones, taxslave and petros

Philip Anderson: Capitol Police Killed Rosanne Boyland on Jan. 6 – “She Was Holding My Hand When She Died” (AUDIO)​

The agent said he was at the Capitol to assist the FBI.

A special agent of the Drug Enforcement Administration was arrested Tuesday on felony charges for allegedly participating in the Jan. 6 Capitol riot, marking the first instance where a federal law enforcement officer was charged in relation to the event.

Mark Ibrahim, a DEA agent from Orange County, California, is accused of entering restricted grounds of the Capitol, possessing a firearm while at the Capitol, and lying to investigators, according to The Hill.

Court records unsealed Tuesday show photographs of Ibrahim displaying his DEA badge while carrying his agency-issued firearm. He has not been accused of entering the Capitol itself. Ibrahim allegedly sent photos of himself on the Capitol grounds to at least five other officers via WhatsApp.

"He never committed any violence, attempted to enter any buildings nor induced or promoted others to do so," his attorney Darren Richie told The Hill. Richie said Ibrahim "at all times remained peaceful and docile," and that he "played no role in any riot."

A Justice Department official said Ibrahim created a false narrative to explain why he was at the Capitol. Ibrahim allegedly said he was there to assist the FBI. A friend allegedly told the official that Ibrahim made up the narrative in order to stay out of trouble.
Reactions: Danbones and taxslave

A supermajority of likely voters (66%) want the Black Lives Matter and antifa protests investigated, while a majority do not support Pelosi’s inquiry into the Jan. 6 storming of the Capitol, according to the latest Rasmussen Reports poll.
Just 49% support Pelosi’s House Jan. 6 panel, and majorities of Blacks and Hispanics back an investigation into the protests that followed the murder of George Floyd by a police officer. The demonstrations sparked violence in a number of U.S. cities.
“Sixty-seven percent of whites, 64% of Black voters, 66% of Hispanics and 62% of other minorities think Congress should investigate the 2020 riots in U.S. cities,” Rasmussen Reports wrote in the analysis of the poll. “Seventy-five percent of Republicans, 60% of Democrats, and 63% of voters not affiliated with either major party say Congress should investigate last year’s violent protests.”
Click to expand...

There are some other interesting findings in the poll.

– 53% think Congress should award medals to the law enforcement agencies that defended their cities from violent looters and rioters in 2020.

– 62% believe elected officials who downplayed the 2020 rioting and looting deserve to be criticized, a number higher than the 51% who believe politicians deserve criticism for downplaying the Jan. 6 Capitol riot.

– 76% of voters believe young people should be taught to comply with police rather than resist or flee arrest.
Reactions: Danbones and petros 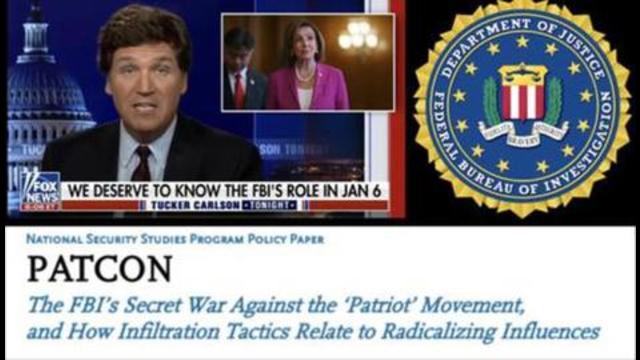 Paula Loves Children ❤️: https://www.bitchute.com/channel/4VRJNt4kS8Uk/ Agent Provocateur: "one employed to associate with suspected persons and by pretending sympathy with their aims to incite them to some incriminating action." "The More Yo…

Yes, it's TV on the computer

Sorry there ain't no commercials.

Can't say it's new news, but better late then never.

I don't trust M S M, but your sources are waaayyy out in right field
Last edited: Jul 24, 2021
Reactions: taxslave

Just posting this so Dumbones can have a multiple orgasm: 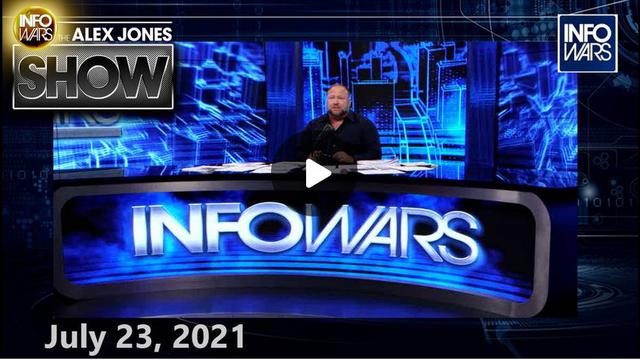 B T W don't forget to buy that shit he's selling at the end of his rant...
I didn't watch the whole thing.... I fast forwarded to the end to see if he would try to sell the suckers something and I wasn't mistaken....
Reactions: petros

At least he doesn't beg like Levant.
Reactions: Twin_Moose

Capitol Police Chief, Steve Sund, believes his efforts to secure the premises were undermined by a lack of concern from House and Senate security officials who answer directly to Speaker Nancy Pelosi and Senate leader Mitch McConnell. The National Pulse can also report the Washington Post’s timeline proves it was impossible for Trump speech attendees to have made it to the Capitol in time for the breach......More​

She can do anything she wants don't 'cha know. She is infallible and can do no wrong. (Actually she's a bitch) and should never have any power b'cuz she uses it against Americans for her own benefit. She's a greedy, power hungry person who needs to be impeached!
Reactions: Twin_Moose
You must log in or register to reply here.
Top Bottom