Tory's biggest challenger may be a former cop and Sunshine Boy

Tory's biggest challenger may be a former cop and Sunshine Boy
Author of the article:Joe Warmington
Publishing date:May 03, 2022 • 17 hours ago • 3 minute read • 21 Comments
Anthony Blake
Anthony Blake PHOTO BY SUPPLIED PHOTO /Toronto Sun
Article content
The media narrative seems to be nobody is running against John Tory in this fall’s mayoral race.

Four candidates showed up to sign up for the mayor’s race on Monday — the same day as Tory.

And one of those running in the Oct. 24 election is nobody’s nobody, either.

“I worked for Toronto Police for 30 years,” said Blake Acton.

He spent the first eight years as a civilian member of the force, and the other 22 in uniform, before retiring as a constable in 2018. There was even that time when he appeared as a SUNshine Boy while in his 20s.

“It was a dare,” he recalled of posing in front of legendary photographer Debbie Holloway’s lens. “I bet John Tory wasn’t a SUNshine Boy. ”

Many Toronto residents may know Acton from his work in Crime Stoppers or in intelligence and court services. “I loved it,” said the 54-year-old, single father of a teenage son. “I love the city.”


It’s that love of Toronto that prompted him to toss his hat in the ring.

“I’m disappointed watching how our city is being operated,” he said in an interview. “I’m running because I’m encouraged by numerous neighbours and friends in my community of Rosedale. I love this city and want to help taxpayers with how their hard-earned tax dollars are spent.”

He has nothing against Tory. But Acton does not agree with many of the mayor’s policies.

A proud former cop, he’d like to see the service gain back the prestige and trust it had before COVID-19. He has great respect for Chief James Ramer, as he had for Mark Saunders before him.

“Chief Saunders visited my mother, Patricia, when she was in long-term care and Chief Ramer came to her funeral when she died last October,” he said. “They are very honourable people.”


That’s the style of leadership, he said, he would bring to the mayor’s chair. Big-hearted, but tough on criminals.

“If elected, I would work close with the police to introduce new strategies to reduce crime in Toronto,” he said. “I’m very passionate about this. Try walking in Allen Gardens at Jarvis and Gerrard in the evening hours. It’s filled with homeless people in tents. It’s not fair to them, and it’s not fair to the citizens that would like to utilize the parks.”

Acton also has the same complaints about gridlock.


He said he would also “address the King St. W. street car issues; business owners are very concerned about their future.”

Others who put in their paperwork to challenge Tory include Tony Luk, Kyle Schwartz and Reginald Tull.

Acton said he considers himself to be a “grass-roots” candidate with no network, steering committee and has yet to hire a campaign manager.

Calling on the mayor to re-instate all unvaccinated city employees on unpaid leave immediately is the kind of issue this retired police officer promises to fight for. 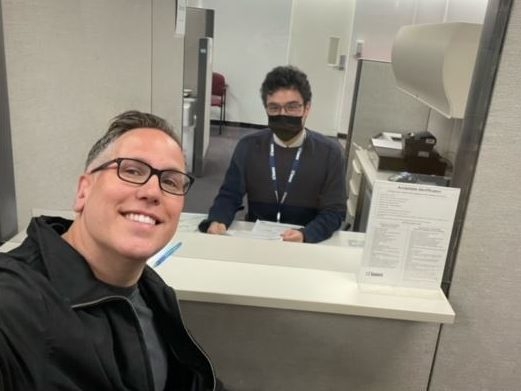 WARMINGTON: Tory's biggest challenger may be a former cop and Sunshine Boy

The media narrative seems to be nobody is running against John Tory in this fall’s mayoral race.