Abdelhaleem, now 46, was sentenced in 2011 to life in prison with no chance of parole for 10 years for his role in the shocking 2006 terror plot to bomb three GTA locations with vans packed with explosives.

The software engineer was dubbed a “principal architect” of the plan to blow up the Toronto Stock Exchange, the CSIS office in downtown Toronto and a military base off Hwy. 401 near Toronto.

The group even had hopes of beheading the prime minister.

“Had the plan succeeded, many people, probably hundreds, would have perished,” Superior Court Justice Fletcher Dawson said in sentencing Abdelhaleem to life. “This country would have been dealt a massive blow, both physically and psychologically, and in all likelihood would never have been the same.“


He was the last of 11 convicted, with seven others released without charges.

Abdelhaleem called it a blatant injustice.

“I am a brown Muslim, so I become a terrorist,” said Abdelhaleem, whose role included ordering ammonium nitrate from an undercover police agent and designing a complicated system to store the chemicals and avoid police detection.

According the parole board, the Egyptian-born Abdelhaleem spent years in a “hedonistic lifestyle” of drugs, alcohol and extravagant spending before deciding to reconnect with his Muslim faith. He became radicalized by people he met at his mosque and was drawn into the homegrown terror plot.

It wasn’t only about jihad and scorched streets laden with shattered glass. Abdelhaleem had also hoped to profit financially from the destruction of the TSE — he planned to short-sell stocks before the attack.


After 14 years in a Quebec prison and de-radicalization counselling, he insisted he was a changed man and was released to a Montreal halfway house on day parole in January 2021. Now he was after complete freedom.

He claimed he only went along with the terror plot to win acceptance but when pressed at his latest hearing, he blamed his participation on his lack of empathy.

But according to his psychologist’s assessment in May 2022, “the work on remorse for your crime seemed incomplete” and it was recommended he remain in a halfway house to “solidify” his progress.

“You explained that you consider that this report is offensive, venile and vindictive and does not reflect your progress and work in the last years,” the board noted in its decision.


As for remorse, Abdelhaleem told the board he has empathy but he’s “not the type of person to shed tears.”

He admitted finding it difficult to watch the West ignore Syrian refugees while opening its doors wide for white Ukrainians, but said he realizes now that violence is not the solution.

His last psychological risk assessment, though, assessed him at low to moderate risk to commit another violent offence.

“The Board cannot ignore the moderate part of that rating,” the panel said in rejecting full parole.

While he’s made significant progress, they said, Abdelhaleem is serving a life sentence for “extremely serious” crimes that had the potential of causing catastrophic harm and death.

He still finds it difficult to manage his emotions and continues to have issues of validation, seeking others’ approval and anger management — all risks that led to his participation in the terror plot 16 years ago. He also doesn’t have a job or “clear path” for his future.


“It is not the right time for you to move on to full parole,” the board concluded. “The Board concludes that you will present an undue risk to society.”

But have fun visiting Toronto.

The parole board removed a condition that had prohibited Abdelhaleem from being in the GTA where he could possibly meet up with his past conspirators without prior approval.

“You went on weekend passes on eight or nine occasions, and everything went well.”

And don’t worry: He’s still not to communicate with anyone believed to be involved in crime or radicalized activity and is not to be in a position of responsibility or leadership in any spiritual or religious activities. 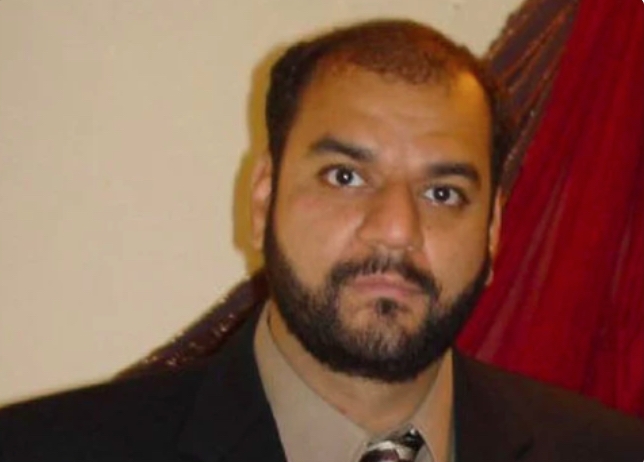 Shareef Abdelhaleem, one of the infamous Toronto 18 truck bomb plotters, has been denied full parole.

He was treated very unjustly. I hope he can get on with his life.

HE GOT WHAT HE DESERVED!!!

DaSleeper said:
HE GOT WHAT HE DESERVED!!!
Click to expand...

He was just trying to make a buck. If he'd been a corporation, he woulda gotten a subsidy from Ottawa.

Go back to following Spam around posting your idiot meme, retard.

Opinion are like arsholes, everybody has one!
yours is bigger than most!

And yours is defective.

Tecumsehsbones said:
And yours is defective.
Click to expand...

I've read Mark twain,,,,so keep going by yourself!
You must log in or register to reply here.
Top Bottom