Supreme Court to hear case about access to Doug Ford's mandate letters
Ontario argued they should be excluded under the freedom of information act because releasing them would "reveal the substance of deliberations" of cabinet.

Canada’s top court will hear Ontario’s appeal to block the release of mandate letters sent by the premier to his cabinet ministers nearly four years ago, although Doug Ford insisted Thursday that the content of the notes was not a secret.


The CBC sought the 23 letters Ford wrote to his cabinet ministers shortly after his Progressive Conservatives won the 2018 election. A journalist filed a request that year for the documents under the Freedom of Information and Protection of Privacy Act.

“It’s not secret,” Ford said Thursday at a campaign stop in Niagara-on-the-Lake, Ont., shortly after the Supreme Court of Canada released its decision and two weeks ahead of the provincial election.

“Everyone knows where we stand. I’m out here every single day moving forward. It’s going to be very, very clear what we’re doing. We’re going to continue to build roads, highways, bridges, and hospitals and schools.”

He said “it’s going to be as clear and transparent as you can get.”


Yet Ontario’s Attorney General sought to keep the letters private from the outset.

The four-year legal odyssey began with a freedom-of-information request for the letters by CBC’s Nicole Brockbank.

The cabinet office refused CBC’s request, arguing they should be excluded under the freedom of information act because releasing them would “reveal the substance of deliberations” of cabinet.

That prompted the broadcaster to appeal to the Information and Privacy Commissioner of Ontario. Mediation did not solve the issue, court documents show.

Then-privacy commissioner, Brian Beamish, ordered the letters to be disclosed to CBC.

Ontario’s attorney general responded by seeking a judicial review in divisional court, which dismissed the application. The province then appealed the ruling to the Court of Appeal for Ontario.

As usual, the Supreme Court gave no reasons Thursday for deciding to hear the appeal.

CBC said Thursday it has been successful at each stage of the court process and “remain convinced the mandate letters should be made public for the purposes of public transparency and accountability.”

“We see today’s decision as a positive step given Canada’s highest court is looking further into a matter CBC News believes is of strong public interest,” CBC spokesman Chuck Thompson said in an email.

Patricia Kosseim, Ontario’s information and privacy commissioner, who is part of the case against the province, said it’s an “important case about the public’s right to access government information.”


“A judgment by the Supreme Court could set a significant precedent for deciding future cases involving access to key records such as mandate letters that can help the public understand the plans and approaches of governments,” Kosseim said in a statement.

In July 2019, the former privacy commissioner concluded the letters did not fall within the parameters of exclusion.

The privacy commissioner found no evidence the letters were ever tabled at a cabinet meeting or part of cabinet deliberations, and therefore could be made public.

The Court of Appeal upheld the lower court’s ruling in a 2-1 decision, saying it did not make an error in law.

“The letters do not threaten to divulge cabinet’s deliberative process or its formulation of policies,” Justice Lorne Sossin wrote.

Ontario’s New Democrats called for the immediate release of the letters on Thursday in a statement.

“Doug Ford’s Conservative mandate letters should have been released publicly four years ago,” said the party that held official Opposition status before the legislature dissolved for the current election campaign.

“It is it is unconscionable and appalling that they don’t have the confidence in their own plan to just level with the people of Ontario about their hidden agenda, the agenda that are trying desperately to keep hidden, to privatize to cut and to deliver more chaos,” he said at campaign stop in Mississauga, Ont, on Thursday. 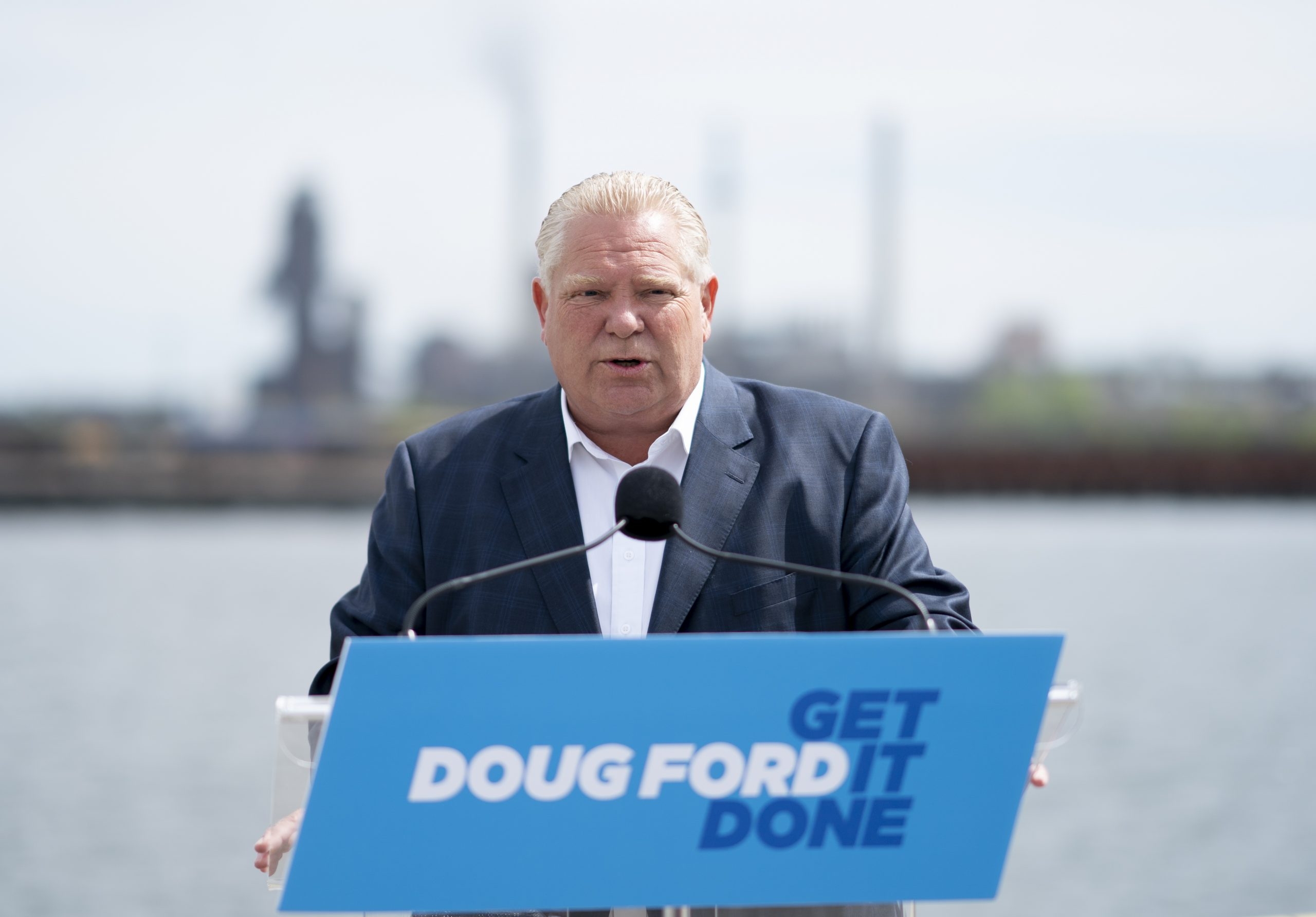 Ontario argued they should be excluded under the freedom of information act because releasing them would "reveal the substance of deliberations" of cabinet.