'Pipelines will be blown up,' says David Suzuki, if leaders don't act on climate change

pgs said:
How will you keep them off your islands when our federal government wants to import 500,000 more every year .
Click to expand...

Shut down the ferries. Some of the newbies don't stay long because they think they MUST have instant access to Vancouver. A few leave because of the rain. So, a fain dance during a ferry strike should do the trick. We already have Tshirts saying Vancouver Island is full.

Tecumsehsbones said:
You're on Tsa-La-Gi land? Funny, I thought you were in British Columbia.
Click to expand...

I am. Long story. My wife wrote a book based on this connection. Horses and gold.

As you know he lives a few blocks from me and I see him regularly in the neighbourhood physically he looks fine but it's a little embarrassing a well respected older man losing control of his mind in public like this.
Reactions: Mowich, taxslave, petros and 1 other person

bill barilko said:
As you know he lives a few blocks from me and I see him regularly in the neighbourhood physically he looks fine but it's a little embarrassing a well respected older man losing control of his mind in public like this.
Click to expand...

I hear the old hippies used to respect him for the fine LSD he made .
Reactions: taxslave and petros 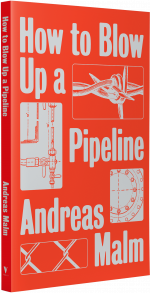 The science on climate change has been clear for a very long time now. Yet despite decades of appeals, mass street protests, petition campaigns, and peaceful demonstrations, we are still facing a booming fossil fuel industry, rising seas, rising emission levels, and a rising temperature. With the stakes so high, why haven’t we moved beyond peaceful protest?

In this lyrical manifesto, noted climate scholar (and saboteur of SUV tires and coal mines) Andreas Malm makes an impassioned call for the climate movement to escalate its tactics in the face of ecological collapse. We need, he argues, to force fossil fuel extraction to stop—with our actions, with our bodies, and by defusing and destroying its tools. We need, in short, to start blowing up some oil pipelines.

Offering a counter-history of how mass popular change has occurred, from the democratic revolutions overthrowing dictators to the movement against apartheid and for women’s suffrage, Malm argues that the strategic acceptance of property destruction and violence has been the only route for revolutionary change. In a braided narrative that moves from the forests of Germany and the streets of London to the deserts of Iraq, Malm offers us an incisive discussion of the politics and ethics of pacifism and violence, democracy and social change, strategy and tactics, and a movement compelled by both the heart and the mind. Here is how we fight in a world on fire.

David Suzuki isn't the first with the idea..​

He would make a nice slow moving target.

On Saturday, Suzuki warned if politicians don’t take action to reverse climate change amid escalating tensions there could be attacks on infrastructure by protesters. 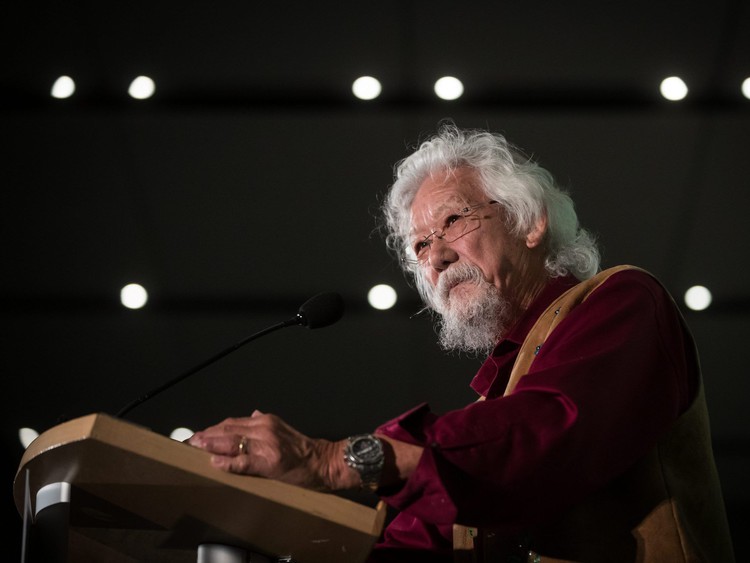 Well-known environmentalist David Suzuki apologized Thursday for comments about pipelines being destroyed. On Saturday, Suzuki warned if politicians don’t take action to reverse climate change amid escalating tensions there could be attacks on infrastructure by protesters. “There are going to be...

“There are going to be pipelines blown up if our leaders don’t pay attention to what’s going on,” Suzuki said.

(No ‘might’ above but “are”. Planting the seeds. Just gotta find a gullible rube) 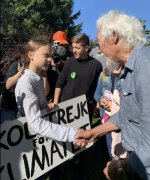 Anyway, the rest at the above LINK….
Reactions: taxslave, Mowich, petros and 1 other person

Last week, while most of British Columbia was focused on repairing damage from the devastating floods, prominent environmentalist David Suzuki was travelling to Victoria to headline an anti-pipeline protest put on by Extinction Rebellion. On its own, it was a callous and opportune display, as the flooding damaged numerous pipelines in B.C., causing the province to limit gasoline purchases, impose travel restrictions and look for alternate fuel sources, while leaving whole towns without heat.

Suzuki made it that much worse when he said that, “There are going to be pipelines blown up if our leaders don’t pay attention to what’s going on.” While he finally apologized on Thursday, the initial attempts by Suzuki and his eponymous foundation to make it clear that they don’t condone the use of violence and to distance themselves from those who do, left much to be desired. Suzuki’s apology might have been too late. 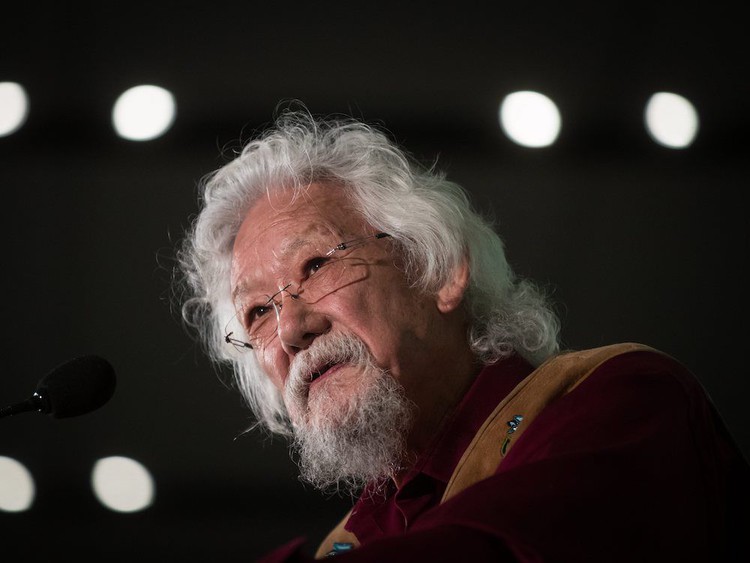 When folks believe it is justifiable to break some laws, it is not much of a stretch for them to think violence against infrastructure, or people, is also justified

Anyway, more at the above Link.
Reactions: taxslave, Mowich and petros

I actually read that for a second as "prominent evangelist David Suzuki."

Which may have been more accurate than what was written.
Reactions: Serryah, taxslave, Mowich and 1 other person

By encouraging illegal activity in the name of “conservation” you are, in reality, harming the hard-working people — Indigenous and non-Indigenous — who are leading the way on providing environmentally sustainable solutions for my province.

So please, do not use your considerable profile to block progress — or further fan the flames of division in British Columbia. We have come too far and accomplished too much to turn back now. 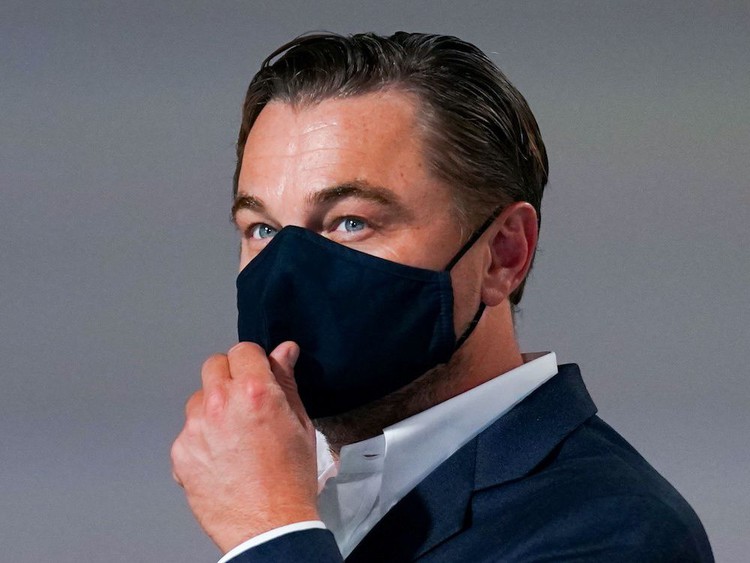 An open letter to a misinformed movie star

My people and many other First Nations communities, leaders, and elders, including 20 democratically elected Chiefs whose bands support the Coastal Gas Link project, are proud to champion British Columbia’s world-class resource sector.

These leaders have been elected by their communities, as I was when I fought to bring liquified natural gas (LNG) development to our province. I suppose you haven’t thought about how in siding with the unelected hereditary chiefs opposed to the Coastal Gas Link project, you are ignoring the democratic rights of thousands of First Nations people? Etc…
Reactions: Mowich, petros, taxslave and 1 other person

I don't know if it made it to turdOWe's bought media, but Crystal Smith told the protesters they are not welcome on Haisla land.

taxslave said:
I don't know if it made it to turdOWe's bought media, but Crystal Smith told the protesters they are not welcome on Haisla land.
Click to expand...

She was elected by her band to speak for them. Unlike the "hereditary chiefs" that have no legal standing and speak for whoever pays the most.

Well, then, I figure the White people will respect her wishes as much as they always respected our wishes.

Tecumsehsbones said:
Well, then, I figure the White people will respect her wishes as much as they always respected our wishes.
Click to expand...

Probably less since she is female.

taxslave said:
Probably less since she is female.
Click to expand...

Yep. Non-White female is pretty close to the bottom of the pile.

Least she ain't an immigrant, by 12,000 years or so.
Reactions: taxslave
You must log in or register to reply here.
Top Bottom